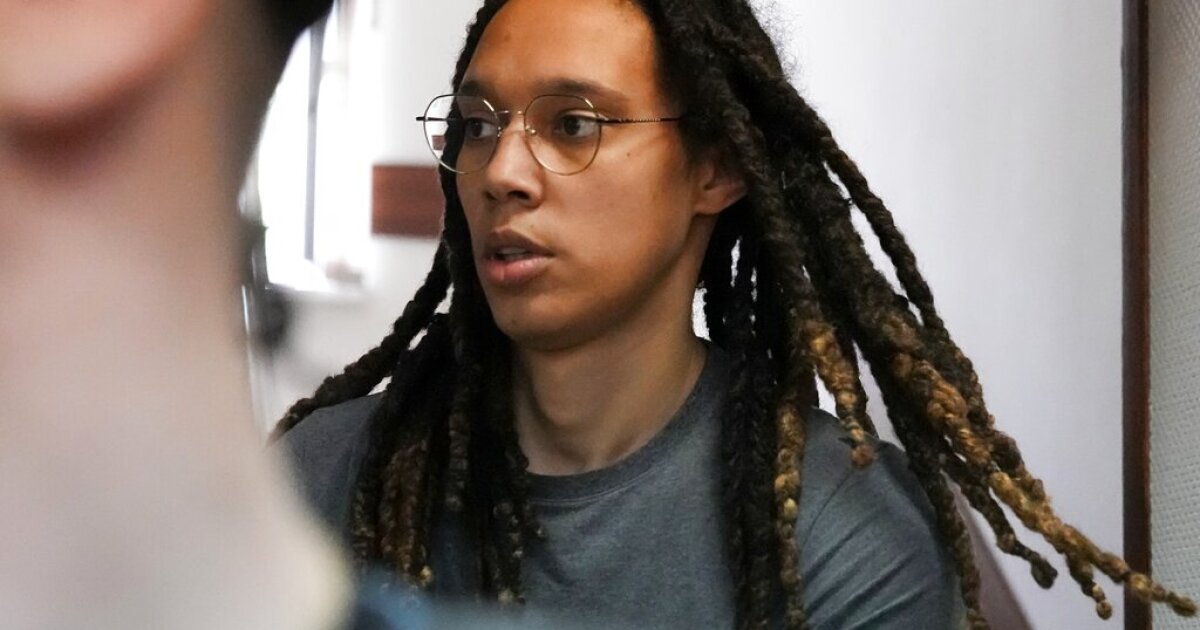 The State Department reiterated its belief that Russia is “wrongfully” detaining WNBA superstar Brittney Griner shortly after she pleaded guilty in court on Thursday.

Griner, who has been detained in Russia since she was arrested on charges of possessing vape cartridges with hashish oil in mid-February, pleaded guilty to bringing it into Russia, explaining to a judge that she had done so “inadvertently.”

“I was in a rush packing, and the cartridges accidentally ended up in my bag,” she said.

“As we have stated before, we believe the Russian Federation is wrongfully detaining Brittney Griner under intolerable circumstances,” a department official told the Washington Examiner. “At the president’s direction, the U.S. government continues to work aggressively, pursuing every avenue, to bring her home safely to her family, friends, and loved ones as soon as possible. We will continue that work to secure Brittney’s release, as well as the release of Paul Whelan and other U.S. nationals who are wrongfully detained or held hostage in Russia and around the world.”

Griner faces a 10-year prison sentence in a judicial system that overwhelmingly finds defendants guilty of their alleged crimes.

The State Department deemed her to be “wrongfully detained” in early May, a designation that moves her case under the supervision of the special presidential envoy for hostage affairs. The official on Thursday declined to explain why the department considers her “wrongfully detained,” saying that the office “will not get into details of internal deliberative processes. ”

“The department reviews cases of U.S. nationals detained abroad to determine whether they are wrongful detentions,” the official added. “The review assesses the facts of the case against numerous criteria.  For privacy or operational reasons, we do not always make wrongful detention determinations public.”

The Robert Levinson Hostage Recovery and Hostage-Taking Accountability Act, which Congress passed in 2020, codified how the government handles international kidnappings and arrests. It details 11 criteria that the secretary of state should consider when determining whether an American has been unlawfully or wrongfully detained, though the responsibility now falls to the deputy secretary.

The determining factors break down to whether there is information that the charges against an American could be trumped up, whether the person is being targeted for being an American, if the person has had his or her due process impeded or is held in “inhumane conditions,” and whether the government behind the detainment is attempting to secure concessions from the United States.

Mickey Bergman, the vice president of the Richardson Center, an organization dedicated to negotiating the release of prisoners and hostages held by hostile regimes, told the Washington Examiner that he and the organization “believe that any prisoner in a situation like [Griner’s] needs to do what they believe can help them survive the ordeal,” in response to her guilty plea. “She is fighting for her life.”

There is public speculation that the Biden administration could come to an agreement with the Kremlin for a prisoner exchange, though Griner isn’t the only American the U.S. considers wrongfully detained in Russia. Whelan was sentenced to 16 years in prison in June 2020 on espionage charges.

The two sides already agreed to a swap in the spring that resulted in the returns of Trevor Reed, a former Marine who had been held for more than two years, and Konstantin Yaroshenko, a Russian pilot serving a 20-year federal prison sentence in Connecticut for conspiracy to smuggle drugs.

The Russians will likely call for the release of arms trafficker Viktor Bout, who was sentenced to 25 years in prison after being arrested and convicted of agreeing to sell heavy weapons to a Colombian terrorist organization. Bout’s lawyer, Steve Zissou, told the Washington Examiner on Thursday, “The reality is it remains to be seen if each country’s leadership has the courage to do what should otherwise be obvious.”