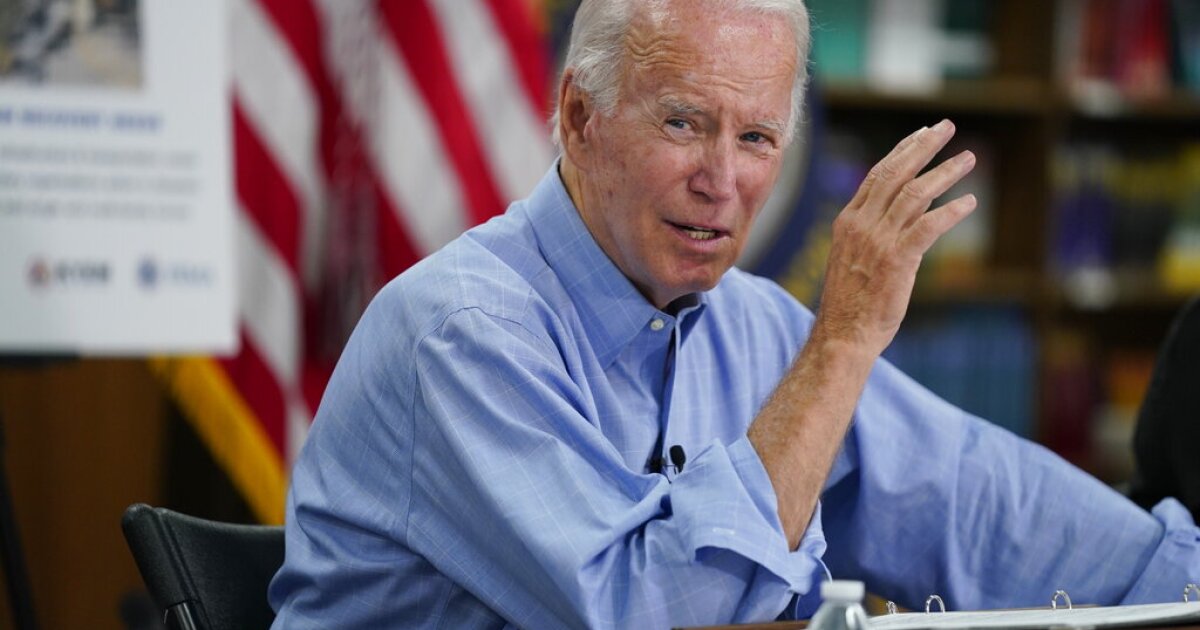 Emerging from weeks of coronavirus isolation, President Joe Biden stepped into a role he has long emphasized in his political career: that of a consoler who can bring comfort to people and families weighed down by the pain of grief and destruction.

Biden and first lady Jill Biden arrived in flood-stricken eastern Kentucky on Monday to meet with families and survey the devastation in the state after major storms tore through towns, killing at least 37 people. Some people are still missing, and many others are displaced.

“You think to yourself, ‘What in God’s name happened to the 37, now 38 people who are dead?’” Biden said during a briefing by first responders on the impact of the storms.

“You hear about the grandmother and granddaughter climbing 16 hours to get out of the way … You see the pictures of those four beautiful children on television, and you think, ‘My God, what a devastating thing to be a parent in that,’” Biden said. “You see a father who sacrificed his own life to save an injured driver.”

The president has made his family’s history of grief and loss central to his own political story since the death of his first wife and young daughter in a car crash and the later death of his son Beau.

The Bidens and Democratic Gov. Andy Beshear had toured a neighborhood damaged by last month’s catastrophic flash flooding shortly before.

Emergency shelters are housing dozens of families, according to the governor’s office.

Biden’s motorcade passed banks strewn with remnants of the flood while driving along Lost Creek. On one tree, a plastic laundry basket hung up high.

“Those are pieces of everybody’s houses. That’s all that’s left,” Beshear told Biden after stopping at a school, describing the damage caused by rushing waters. A washed-out school bus stood in the creek.

Criswell demurred, with the president insisting that he wasn’t flattering her.

During the briefing, the president said he would leverage the full weight of the federal government behind the reconstruction effort.

“I promise you, we’re not leaving,” Biden said. “If it is legal, we’ll do it. If it’s not legal, we will figure out how to change the law.”

Biden has announced federal disaster relief to Kentucky to cover the cleanup and emergency relief in the wake of the disaster.

Biden’s press secretary said the Federal Emergency Management Agency had released more than $3.1 million to fund the relief and dispatched hundreds of rescue workers to aid the effort.

“The floods in Kentucky and extreme weather all around the country are yet another reminder of the intensifying and accelerating impacts of climate change and the urgent need to invest in making our communities more resilient to it,” she said while briefing reporters on Air Force One.

Jean-Pierre called “vital” Senate Democrats’ passage of the $739 billion Inflation Reduction Act over the weekend, a climate bill that aims to reduce carbon emissions dramatically over the next decade, as well as the infrastructure legislation passed late last year.

“Over the long term, these investments will save lives, reduce costs and protect communities like the one we are visiting today,” she said.

The president is expected to sign the climate bill this week.

The visit marked Biden’s second to the state since taking office and his first official trip since recovering from a coronavirus rebound infection. He traveled to Kentucky last December after tornadoes tore through the state, killing 77 people.