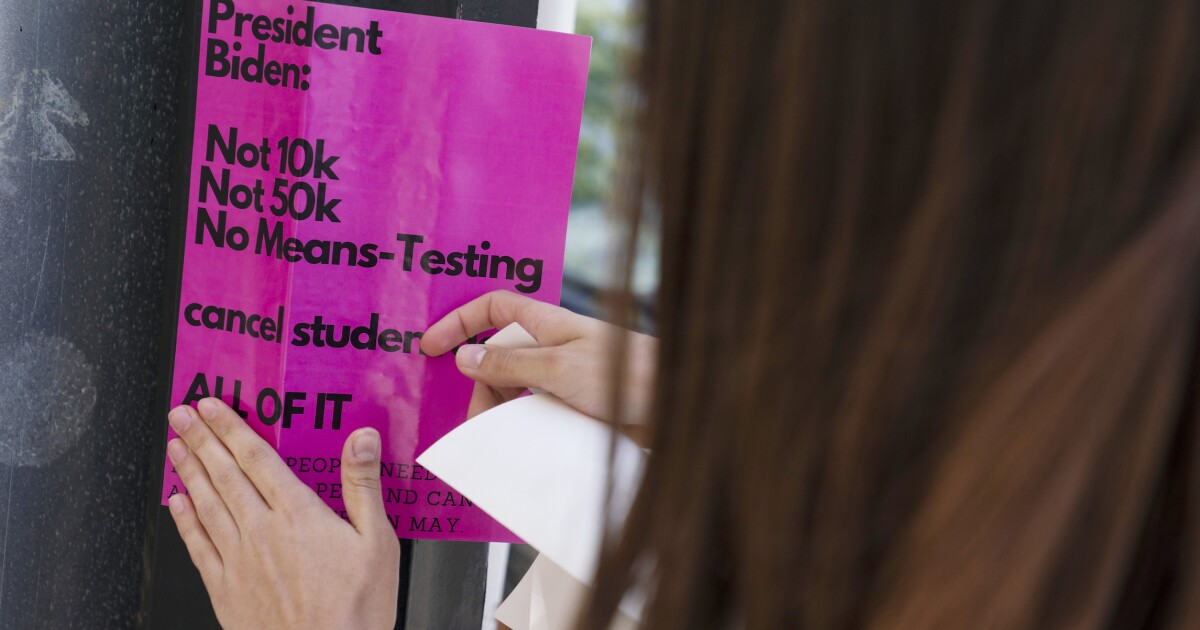 The unprecedented pause on student loan payments has been in place for 30 months and may be extended yet again, leading to questions about the long-term impact of the policy on education funding and on individual colleges and students making financial decisions.

Former President Donald Trump introduced the ban in March 2020 and extended it twice before leaving office. His replacement, President Joe Biden , has extended it four more times and is expected to do so again to move the deadline beyond the fall midterm elections .

DEPARTMENT OF EDUCATION MISCALCULATED STUDENT LOAN SPENDING BY $311B: WATCHDOG

The pause has far outlived most other COVID-19-related policies and contradicts the Biden administration’s claims of a strong economy, argues Adam Kissel, Heritage Foundation visiting fellow on higher education reform.

“The Biden administration wants to have it both ways,” he said. “They won’t admit we’re in a recession. They claim the economy is strong, but that would also mean they have no rational basis to keep the loans pause. Are we in a financial emergency or not? You can’t have it both ways.”

While the financial impact of lockdowns was the original justification for the pause, the White House has since shifted to touting the impact on borrowers. White House chief of staff Ron Klain and both Biden press secretaries have made a point of saying no one has been required to pay a single dime of federal student loans since the president took office.

Biden has also teased canceling up to $10,000 per borrower of debt, with progressives such as Sen. Elizabeth Warren (D-MA) calling for a figure as high as $50,000. More than 40 million people hold a combined $1.7 trillion in federal student loans. However, just 13% of the overall population has loans, leading some to predict a blue-collar backlash to the policy.

The pause itself has a financial impact. It has already cost taxpayers more than $100 billion, according to Education Department estimates. An analysis from the Committee for a Responsible Federal Budget found that full cancellation could boost inflation by 0.5%.

Kissel argues that federal student loans have also contributed to steadily rising tuition costs, which have far outpaced inflation over the past three decades. He fears that the pause could exacerbate the problem going forward, as future borrowers would be incentivized to take on more debt with the expectation of future pauses or cancellation programs.

A 2017 study by the Federal Reserve Bank of New York found that subsidized loans contributed to a “pass-through effect” on tuition of about 60 cents on the dollar, with the effect more pronounced at private colleges.

The policy could also have an effect on future presidential administrations.

But the rising costs of college have fallen disproportionately on borrowers who often signed up for loans while still in their teenage years, argues Revolving Door Project Director Jeff Hauser.

“Some people assume, reasonably, as teenagers pursuing higher education that the money the federal government is helping them access will be worth it,” he said. “It used to be that if you work hard and go to school, you’ve done the right thing and you’ll be rewarded. That is not as true as it once was.”

Hauser pointed out that federal student loans still show up on credit reports when borrowers apply for a home or car loan and that the debt and uncertainty surrounding the pause hang over them both economically and psychologically.

He supports loan forgiveness paired with efforts to rein in spending, particularly among for-profit colleges that operate largely with federal loans. The Trump administration rolled back several regulations aimed at curbing for-profit schools that former President Barack Obama had enacted during his time in office.

“I don’t think somebody would take on $75,000 in school debt heedlessly because President Biden got rid of $10,000 or $20,000 of debt one time. It won’t be make or break in its impact on the amount charged for higher education,” he said. “That argument is much stronger if all student loans are to be discharged, which is not going to happen in the near-term in American politics.”