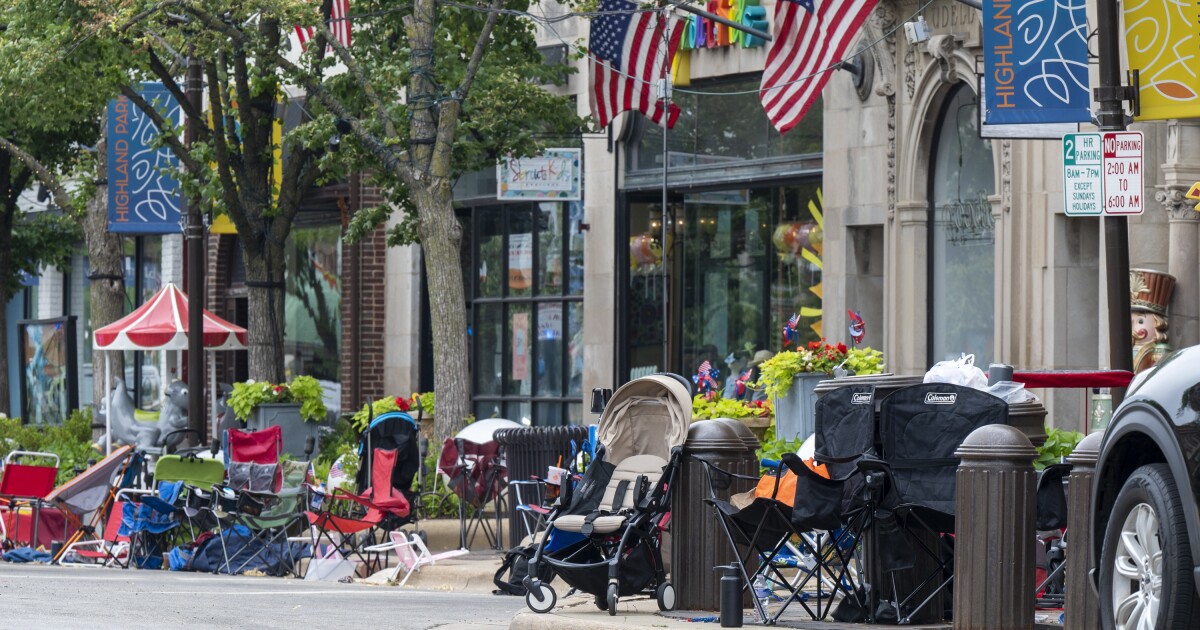 The suspected gunman in a shooting at an Independence Day parade in Highland Park, Illinois, was kicked out of a synagogue on the final day of Passover earlier this year, according to reports.

Multiple people have come forward to talk about seeing the man identified as the person of interest, Robert “Bobby” E. Crimo III, 21, at the Central Avenue Synagogue in Highland Park during the Jewish holiday.

Rabbi Yosef Schanowitz said he recognized Crimo from an encounter in April in which he asked him to leave the Synagogue, according to the Times of Israel.

“I approached him and sternly asked him to leave as I noticed he was not a member of our community,” Schanowitz said.

Martin Blumenthal, the volunteer security director at the synagogue, said in an interview with Forward that Crimo stood out and appeared to have malicious intent when he visited in April.

“He was definitely sizing up the synagogue,” Blumenthal said.

Crimo was taken into custody Monday, roughly eight hours after the shooting that officials say killed seven people and injured dozens more in the Chicago suburb. Police said in a Tuesday afternoon press briefing that charges against Crimo are expected to be announced at 5:30 p.m. local time.

Christopher Covelli, a spokesman for the Lake County Major Crime Task Force, said in a news briefing Tuesday that he was not aware of the synagogue incident.