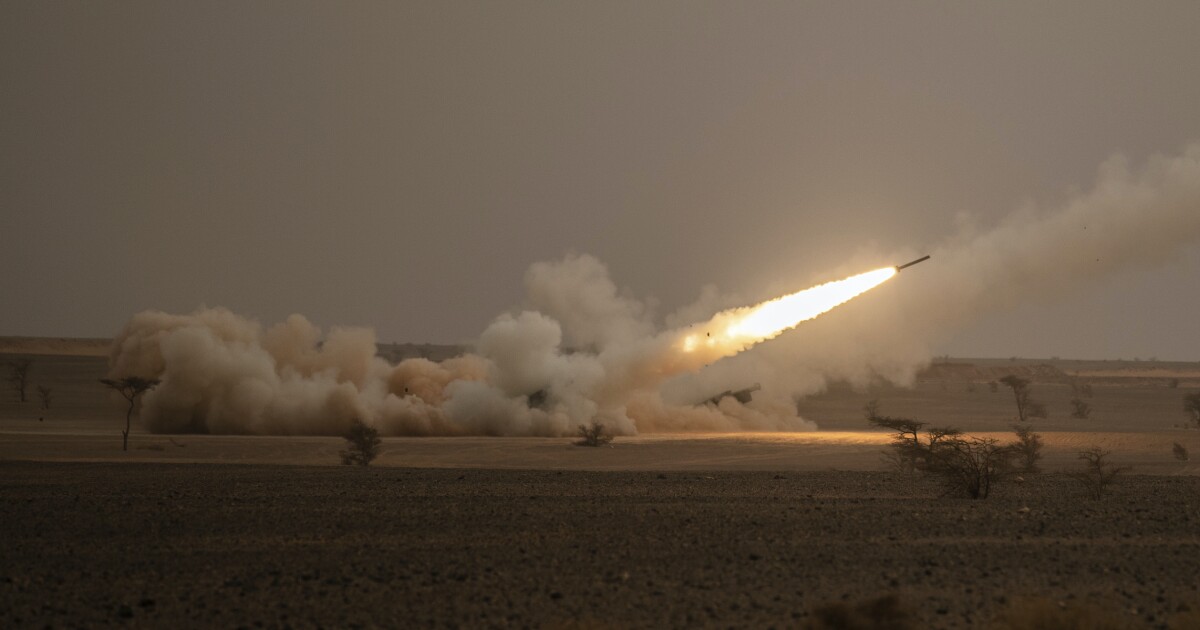 A formation of battle-weary troops enjoyed only a brief period in the relative safety of western Ukraine before receiving “a sudden order to start to move” last week, likely ahead of a major counteroffensive.

“They had only arrived 10 days before that from the eastern front,” a senior European official familiar with their repositioning said. “So usually, you give those guys more time, in the more calmer region … but they got a sudden order to start to move. And, of course, they didn’t tell us which direction [they would go]. So it’s interesting. Something’s going to definitely happen.”

The arrival of howitzers and Western rocket systems has enabled Ukraine to begin turning the tables on Russian forces that have pounded the defending troops with their larger array of heavy artillery in a summer push to occupy more territory in Donbas. With inflation threatening to corrode international support for Ukraine, President Volodymyr Zelensky has additional incentive to make demonstrable gains on the battlefield.

“The more losses the occupiers suffer, the sooner we will be able to liberate our land and guarantee Ukraine’s security,” Zelensky said Wednesday. “This is what everyone who defends our state and helps Ukraine should think about: how to inflict the greatest possible losses on the occupiers so that the time of the war gets shorter.”

ZELENSKY’S WAR STRATEGY: THE SHOW MUST GO ON

Ceasefire talks between the two sides stalled months ago despite a European initiative to broker a compromise. Their proposals were rejected by the Ukrainians, who prefer to pursue “a fair peace,” one that does not involve acquiescing to Russia’s seizure of their territory, while Russian Foreign Minister Sergey Lavrov acknowledged last month that Moscow is trying “to get rid of” Zelensky’s government — or at least to carve away several districts of Ukraine, including territories that fall outside the Donbas.

Ukrainian officials are in a race to make progress before the winter, when Western Europe could face the cold truth about the Kremlin’s willingness to exploit its reliance on Russian natural gas supplies.

“Everything in the world is changing rapidly, and each of the countries has its own internal problems,” Andriy Yermak, one of Zelensky’s top advisers, told Ukrainian media this week. “We want to take maximum measures to end the active part of the war by the end of autumn.”

Russian officials, meanwhile, are working to consolidate their gains by planning putative referenda in Kherson and Zaporizhzhia, as well as the proxy-controlled territories of Donbas. The Russians hope to take that step next month.

“The Ukrainians don’t want the Russians to be able to put on these fake referenda … which are scheduled for — could be scheduled for Sept. 11,” former U.S. Ambassador to Ukraine Bill Taylor, a vice president at the U.S. Institute of Peace, told the Washington Examiner. “So one of [factors affecting] timing would be to disrupt Russian plans for these sham referenda.”

The other key factor centers on whether Ukraine has enough high-quality military equipment needed to launch a counteroffensive. Zelensky and Ukrainian officials have asked for scores of guided multiple launch rocket systems known as HIMARS.

“So our assessment actually is that the Ukrainians are doing pretty well in terms of the numbers of systems,” Defense Department Undersecretary Colin Kahl said Monday. “So have allies and partners and that right now the priority is to make sure that the Ukrainians have the ammunition to keep them in the fight.”

Zelensky urged a bloc of northern European defense ministers to provide “maximum weapons and ammunition for our defense,” but Ukrainian officials have signaled that at some point soon, they’ll mount the best attack they can with what they have.

“When you are in war, you are always lacking, but you don’t have the luxury to wait until you have the absolutely perfect amount and combination of tools,” the senior European official said.

So the coming clash could test the Biden team’s confidence in the quality and efficiency of their assistance to Ukraine.