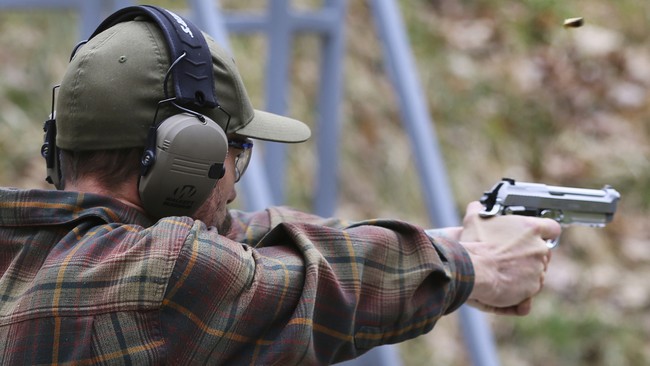 It’s no secret that some in the national media, anti-gun politicians at both the state and federal level and anti-gun special interests groups, are working hard to diminish the importance of responsible gun ownership.  As the crime crisis continues to bombard communities and the midterm elections quickly approach, anti-gun proponents are doubling down on soft-on-crime policies and firearm bans in efforts to point the finger at those legally acting on their Second Amendment rights rather than admitting the negative impact these policies have on public safety.

This unsubstantiated blame game on law-abiding gun owners commonly occurs after tragedies involving firearms, putting guns at the forefront of the issue versus other contributing factors like mental health, loopholes in the criminal justice system or the evildoers themselves.  However, we’re also seeing an effort to cover up the millions of cases of defensive gun use that take place across the nation each year.  Take, for example, the story of how a good guy with a gun took down an active shooter at a mall in Greenwood, Indiana; preventing what could have been a mass casualty event.  It received a fraction of the national media attention that would have occurred if the perpetrator had been successful in killing more innocent people.

According to a new report by Crime Prevention Research Center (CPRC), even the Federal Bureau of Investigation (FBI) has been underreporting the number of times legally armed citizens have thwarted an active-shooter situation over the last eight years.

Ultimately, the anti-gun movement wants to demonize all responsible gun owners in order to advance their own political agenda.

That is why the U.S. Concealed Carry Association For Saving Lives Super Pac (USCCA-FSL) is standing up for law-abiding gun owners who use firearms each day to prevent crimes and protect their families.  Most recently, the USCCA-FSL launched a national ad campaign in a number of key congressional races across the country that highlights the story of everyday gun owners in America and outlines why record numbers of Americans are choosing to be their family’s first line of defense.

The ad features Jennifer M., a mother of four and domestic violence survivor, who said that she chose firearm ownership and training to “feel safe in my home and to protect myself and my children.”  Jennifer’s message doesn’t just resonate with gun owners of all backgrounds but with everyday Americans who are thinking of buying a gun amidst rising crime and anti-gun measures at the state and federal level, but haven’t taken that next step yet.  And these stories are starting to gain momentum.

According to a report by Fox News, there have been at least a dozen cases over the last two months where an armed civilian prevented an attack by utilizing their firearm education and knowledge.  For instance, one store owner who defended himself and his store during an armed robbery said, “I took care of it and that was that.”  One woman in North Carolina said she and her husband are working on getting their concealed carry permits because their neighborhood has “gotten to the point where at night, I just don’t feel quite as safe as I used to,” as reported by WSOC-TV.

The USCCA-FSL has also received stories from everyday Americans who have shared why the Second Amendment is important to them.  Jimmie C. told USCCA-FSL “After numerous mass murders in public places, I purchased a handgun to protect my wife, myself, and others where we might be eating, worshipping, shopping, or at some other public event. The Second Amendment gives me that right.”

Whether it’s a mother protecting her family from an abuser or a would-be carjacking victim who had the firearm education and training to thwart an attack at the gas pump, responsible gun ownership is saving lives everyday and is used anywhere from 500,000 to three million times a year.

At the end of the day, anti-gun policies do very little to actually address crime because they ignore the fact that criminals, by definition, do not follow the law.  The USCCA-FSL is not going to sit quietly by while law-abiding gun owners are used as political pawns in the gun-control game.  We hope that through our efforts, including this ad campaign, we take back the narrative of responsible gun ownership from the hands of politicians who only want what is best for their own self-interests.  It’s not just about the election this November, but the years to come, and we’ll keep fighting for the protection of our God-given right to self-defense.

Mike Lowney is the chief strategy officer at Delta Defense and executive director and chairman of the Board for U.S Concealed Carry Association for Saving Lives Super PAC.