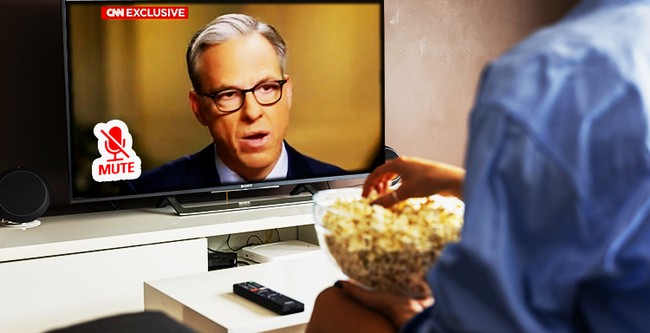 As the race for the governor’s seat between Democrat Katie Hobbs and Republican Kari Lake tightened, CNN attempted to help out. The past few weeks have not gone well for Hobbs, as she has ducked Lake in debates and attempted to display a level of competence that has thus far eluded the cameras.

Hobbs could not handle even basic questions from Dana Bash on the economy, on evading debates, and after being asked pointedly to lay out her stance on abortion a handful of times, she refused to do so. Bash also interviewed Lake, and she resorted to her usual litmus test with any Republican guest, namely challenging them on election sanctity. Lake would not play her game. After being asked if she would accept the results of the election, Kari simply replied that she would win and accept that result.

Jake Tapper – who had pledged never to have election deniers on the air – upon seeing this unsatisfactory-to-him answer, came out to declare words that Lake never actually spoke.

Gubernatorial nominee pledging to only accept election results if she wins https://t.co/JE70WuLUZV

Michael Smerconish was hosting a panel at the bipartisan Un-Convention Conference and was speaking with the former heads of CNN and MSNBC. Smerconish dared dive right into the issue of the Hunter Biden laptop story and the lack of coverage it received before the election. The two top bosses squirmed as they explained away their refusal to cover a major news story. Jeff Zucker was especially weasel-like in his attempt to give a slippery excuse.

Just try to recall the stories CNN ran about Trump’s children that never led to much, as he explains Hunter is not a valid enough news target.

The press continues to struggle with how to grapple with the reality of Senate candidate John Fetterman showing signs of impacted mental faculties due to a stroke. After sitting on that reality for months now, spinning the obvious is taking priority. In the rush to prop up the man’s image, Rolling Stone put out a glowing profile on Fetterman and his wife, and writer Kara Voght had a revealing observation.

Voght put out a promotional tweet of her article where she declared that Gisele Fetterman, John’s wife, was “the de facto candidate” as a result of handling so much of John’s duties on the campaign. Voght deleted the tweet, citing her use of imprecise language.

I deleted a previous tweet sharing this story in which, in hindsight, I was imprecise with my word choices and what I intended to convey about Gisele’s role.

The problem remains, however, as the allegedly controversial language appears in the same manner inside the article.

Except – your “imprecise words” appear in the article, conveying the exact same reality. https://t.co/240hxE3dyc pic.twitter.com/uCx7pq8Opx

In the European Parliament, they held hearings to look over the issues from the pandemic, and they called the executives from Pfizer to come in and testify. In the process, Pfizer reps declared that they had not known ahead of time if their vaccine would actually halt the spread of the Covid-19 virus. This would appear to be rather glaring new information, except the press is willing to ride in and recast things for the benefit of those in power.

Reuters now states that the drug makers never declared it would stop the spread, despite the fact that we basically had that insistence hammered into the public consciousness. To now say that no one had declared the vaccines would prevent the spread of the virus ignores our getting that delivered to us on the regular from the likes of Joe Biden, Anthony Fauci, the CEO of Pfizer, and the broader journalism complex.

Reuters Rushes In to Protect Government, Informing Us Nobody Promised Vaccines Would Prevent Spread of COVID
https://t.co/AaR18pjSYG

With the elections coming up, the Salt Lake Tribune decided to give editorial inches to both candidates, Mike Lee and Evan McMullin. The two submitted their independent pieces under their own bylines, but Lee’s was basically a fluff piece written in the third person; essentially, he delivered what sounded like a glowing editorial from an outside party.

When this was getting mocked, the paper went in and removed the byline, but then the third-party wording made it appear that it was the paper lending a glowing endorsement. Ultimately, they went back and changed it to a new byline, this one indicating that it originated from the Lee campaign.

The print and e-edition presentation offered appropriate context. The https://t.co/YsNdEEKlA8 presentation did not, and we have updated the byline to reflect that Lee’s campaign submitted the op-ed. 2/2 pic.twitter.com/Idu0luTgo8