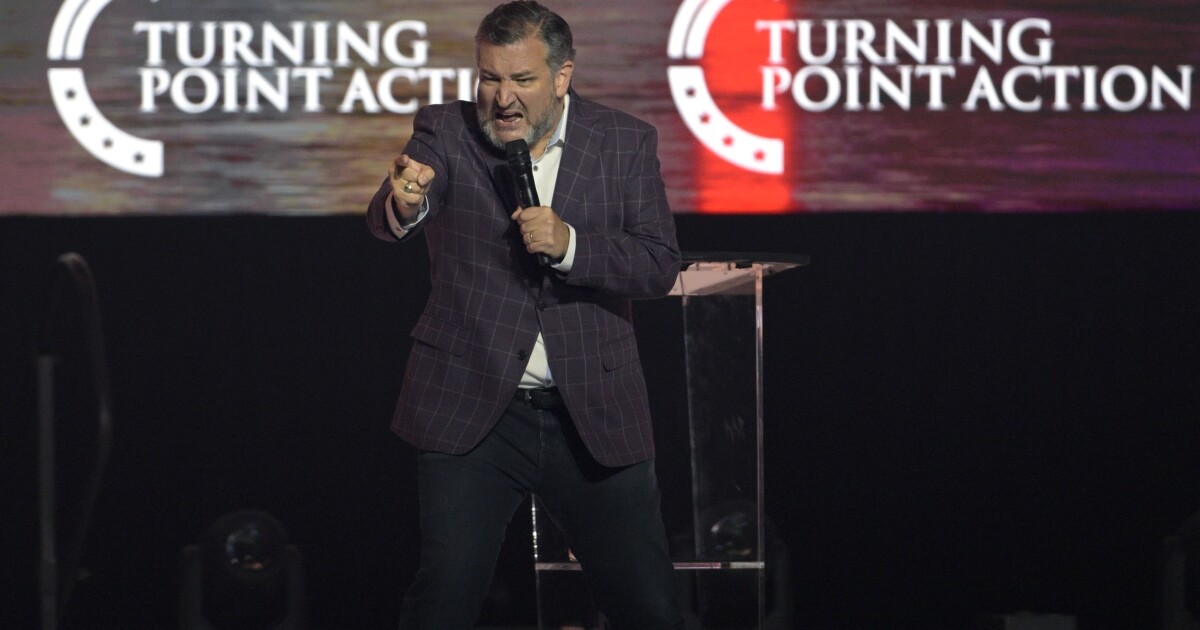 Sen. Ted Cruz (R-TX) joined in with those who made fun of Rep. Alexandria Ocasio-Cortez (D-NY) for what they viewed as her pretending to be handcuffed by U.S. Capitol Police at a pro-abortion rights protest outside the Supreme Court.

Cruz’s comment drew an uproar of laughter from the audience, according to the Daily Mail.

Ocasio-Cortez crossed her arms behind her back as she was escorted away Tuesday in a moment caught on video, prompting critics to accuse her of pretending she had been placed in handcuffs for a photo-op.

The congresswoman insisted she wasn’t pretending to be in handcuffs during her arrest.

“No faking here,” Ocasio-Cortez said in a tweet Wednesday. “Putting your hands behind your back is a best practice while detained, handcuffed or not, to avoid escalating charges like resisting arrest. But given how you lied about a fellow rape survivor for ‘points,’ as you put it to me, I don’t expect much else from you.”