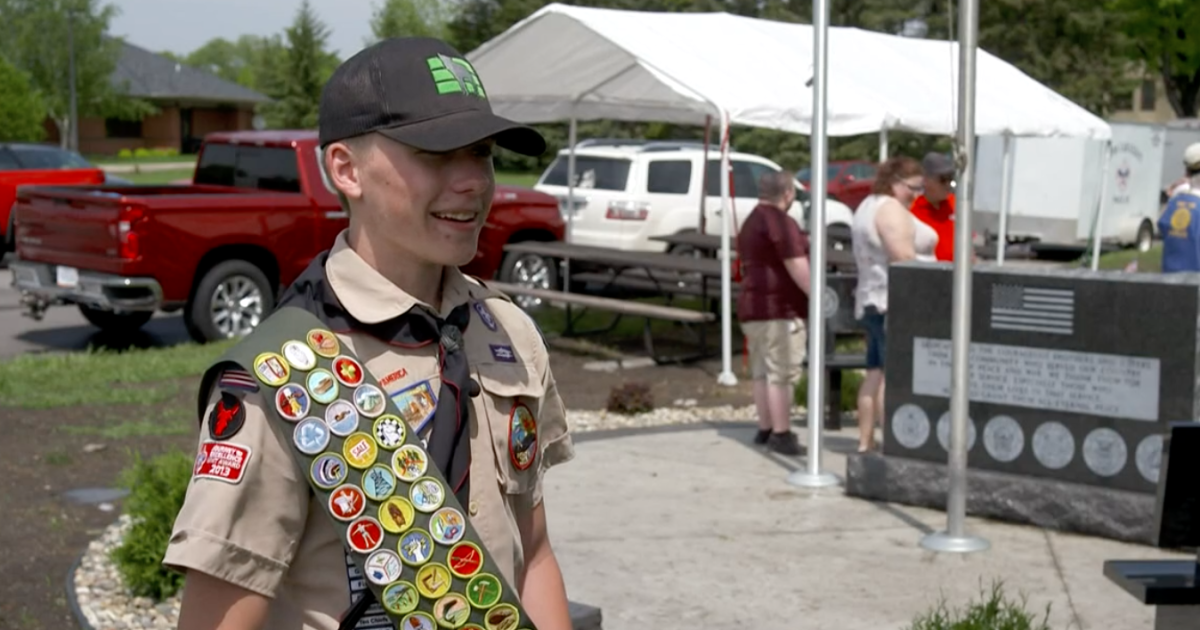 A teenager in Minnesota is being praised by his hometown of Olivia after he raised more than $77,000 and built a veterans memorial for his Eagle Scout Project.

Dominique Claseman began the project at 15 years old and completed it a few weeks shy of his 17th birthday, according to a report from KARE 11.

When he began, he started by handing out information sheets and worked with local groups to raise money for the project.

“I wanted to show more appreciation in a bigger way,” the teenager said.

Claseman comes from a long lie of servicemen, he said.

His father served in Iraq, and he wore his combat boots, at his son’s request, to mark 21 footprints in the memorial’s wet cement, the report noted.

“The memorial before you is the result of the generosity and support that I, and the veterans of community, have received,” Claseman said during the dedication.

The scout has received a great deal of praise for his work.

“He’s one of them kind of kids that likes to make sure that he doesn’t disappoint anybody, and he strives really hard for that,” scoutmaster Mark Jurgensen said.

“This is something special,” Aaron Russell, a district executive with the scouts, said.

“We were trying to figure out if there’s been in recent memory a project of this scale, especially with the money raised. We couldn’t think or find anything even close to it.”