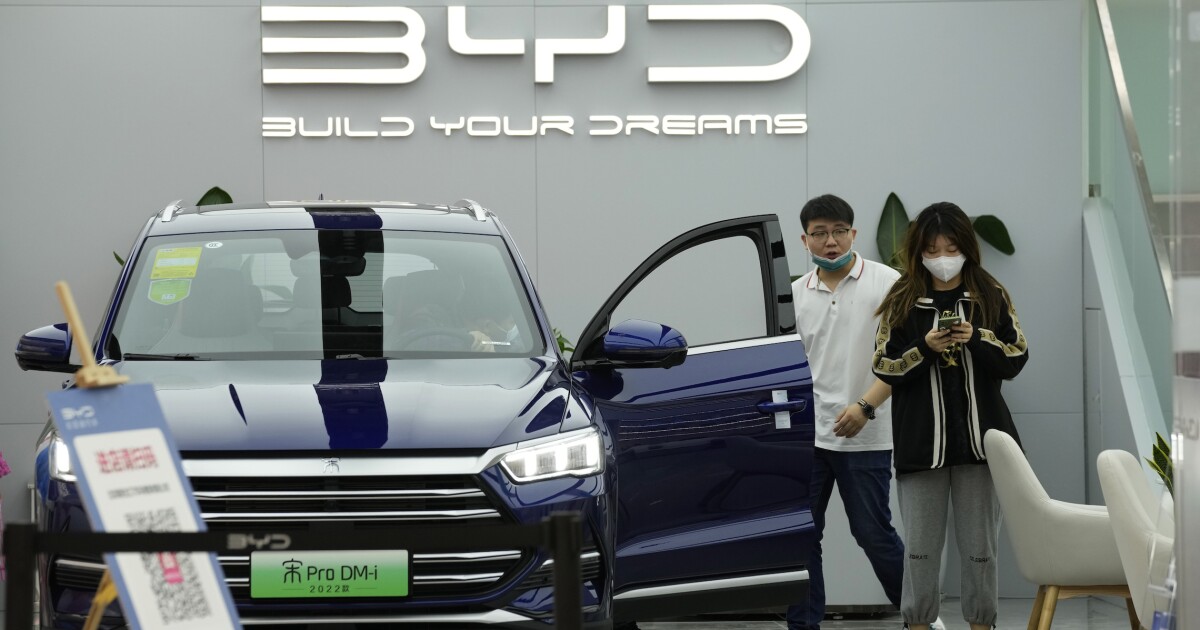 Chinese automaker BYD has surpassed Tesla as the world’s largest producer of electric vehicles, according to company filings, underscoring Beijing’s advantage in the sector.

BYD, which is part-owned by Warren Buffett, sold 641,000 vehicles in the first half of 2022, according to company filings, a more than 300% jump from the same point last year.

Not all BYD’s sales, though, were of fully electric vehicles like the ones made by Tesla. Instead, some were plug-in hybrid passenger vehicles, which also have internal combustion engines. Still, such vehicles are counted under China’s sales rules as “zero emissions” vehicles.

Tesla has blamed its lower delivery figures on “ongoing supply chain challenges and factory shutdowns beyond our control,” though the U.S. automaker, led by billionaire Elon Musk, noted it saw its highest monthly production volume in company history in June.

BYD’s ascent comes as China exported more than 500,000 electric vehicles in 2021, more than doubling figures from the previous year.