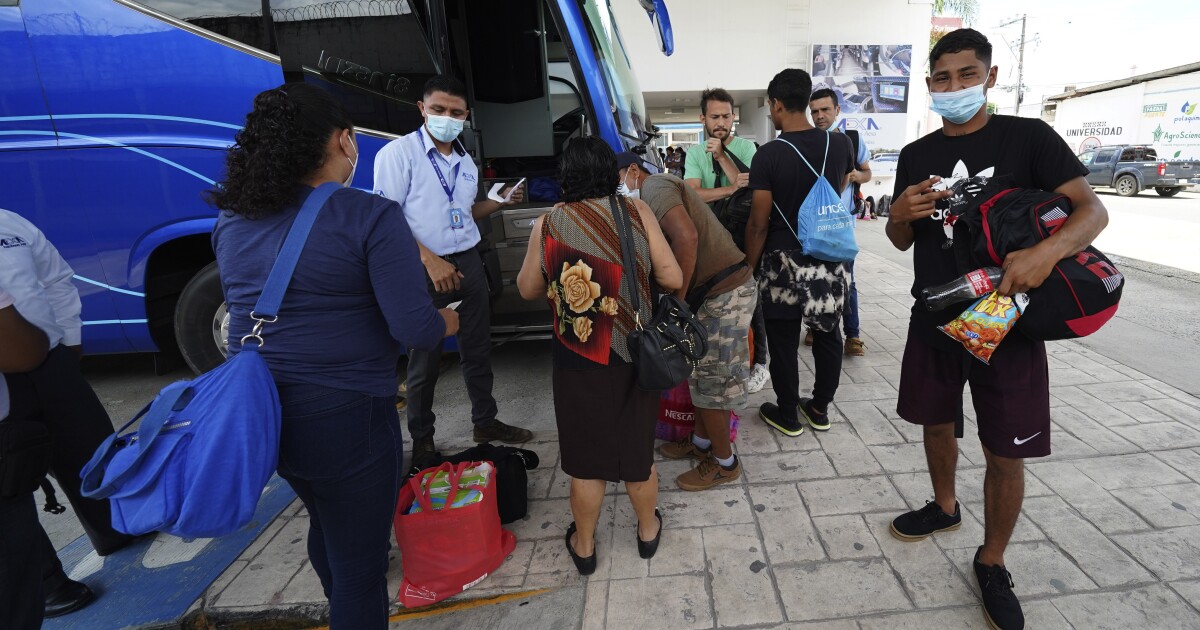 Texas Attorney General Ken Paxton (R) fired back at Washington, D.C.’s mayor Monday, claiming the influx of migrants in the nation’s capital came from policies established under her leadership.

After Mayor Muriel Bowser (D) claimed on Sunday that officials in Texas were “tricking” asylum-seekers into getting on buses bound for the nation’s capital, Paxton was asked to respond. He said the blame should be placed on the Biden administration.

“Mayor Bowser should direct her frustration to her friends in the Biden administration for their complete and utter refusal to secure our border and enforce our immigration laws,” Paxton told the Washington Examiner. “The illegal immigrants who are coming to Washington, D.C., are doing so voluntarily — largely because of Muriel Bowser’s own previous actions affirming Washington, D.C., as a ‘sanctuary city.’ As they’ve done with inflation and a whole host of other issues, Democrat-elected officials in Washington, city and federal, refuse to acknowledge the consequences of their radical policies.”

More than 150 buses traveling from Arizona and Texas have transported thousands of migrants to the nation’s capital over the past three months, the Washington Examiner’s Anna Giaritelli reported on Monday. Bowser issued a statement in 2016 reaffirming that Washington is a sanctuary city.

“The values, laws, and policies of Washington, DC did not change on Election Day. We celebrate our diversity and respect all DC residents no matter their immigration status. We are a sanctuary city because we know that our neighborhoods are safer and stronger when no one is afraid to call on our government for help, and when our police can focus on protecting and serving,” Bowser said in a statement.

During a Face the Nation interview on Sunday, Bowser said she believed the influx was the result of the Republican-led states deceiving migrants who were initially bound for other places in the country. She said this wave of migrants only exacerbated the homelessness crisis in the city, leaving several organizations scrambling as shelters fill up.

“This is a very significant issue. We have called on the federal government to work across state lines to prevent people from really being tricked into getting on buses. We think they’re largely asylum-seekers or going to final destinations that are not Washington, D.C.,” Bowser told CBS News. “But I fear that they’re being tricked into nationwide bus trips when their final destinations are places all over the United States.”

A handful of migrants have supported the assertion, claiming they were told they would be sent to other places in the country after stopping in Washington if they boarded the bus, but the promised transportation to other cities never came.

The majority of Washington’s heavily Democratic City Council sent Bowser a letter on Thursday urging her to send in district resources and ask the federal government for assistance to handle the roughly 100 people arriving per day in the metropolitan region.

“We condemn these actions by Governors Abbott and Ducey, who have demonstrated no regard for people who are exercising their human right to seek asylum. The District, on the other hand, has a history of serving all residents who settle here, regardless of immigration status,” they said in the letter.