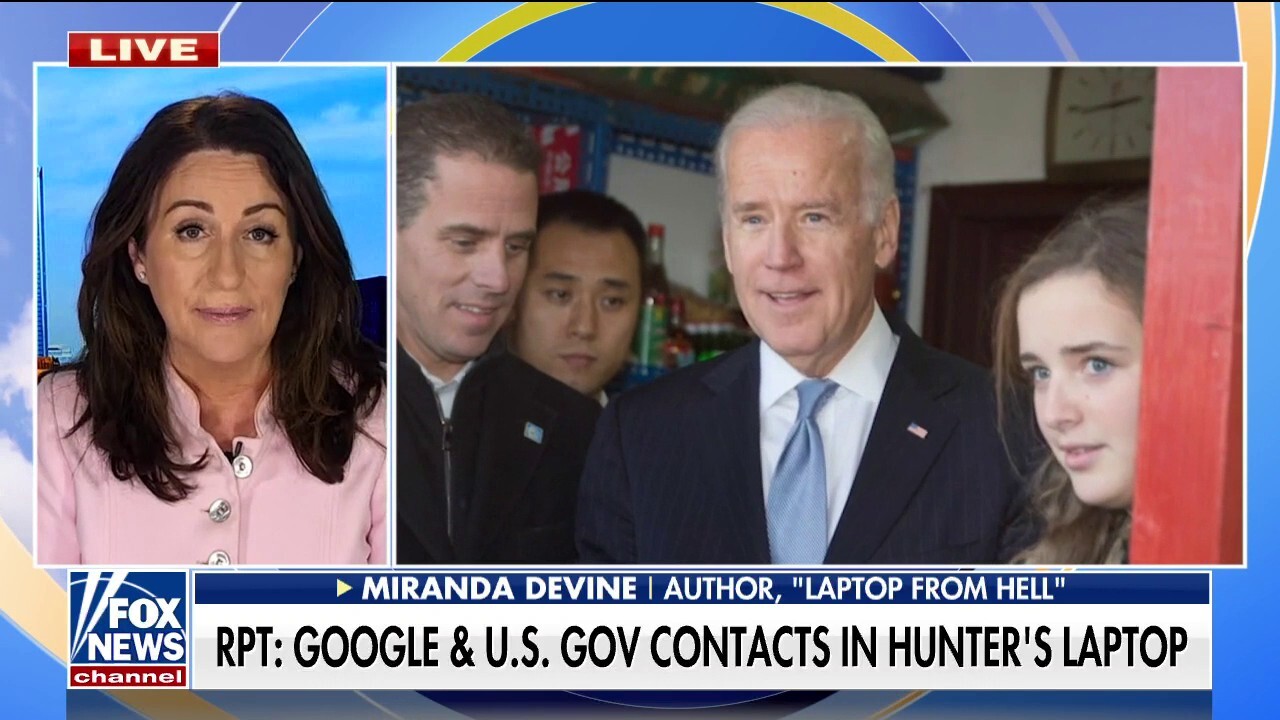 HUNTER BIDEN’S EX-WIFE CLAIMS OBLIVIOUSNESS TO EMAILS, BUSINESS DEALINGS: ‘I HAD MY HEAD BURIED IN THE SAND’

MIRANDA DEVINE: I think it’s more of our indications that Hunter Biden was deeply embedded in the very highest echelons of the U.S. government during the time that his father was vice president. And also Big Tech, some of the personal cell phone numbers that he had in his contact list included top U.S. officials who were responsible for overseeing the China-U.S. relationship, also top Google executives. And I think it shows that, whatever else we say about Joe Biden, there have to be well-founded concerns that he may be compromised when it comes to China, through his son and his brother’s family business to do with China.

And a lot of that is being investigated by the US attorney in Delaware … that probe drags on. Let’s hope that it doesn’t get slow-walked past the midterms. But I think after the midterms, when the Republicans, if they do take back the House and the Senate or the Senate, they will be definitely be investigating. That’s what they’re saying. They’re already marshaling resources and investigating behind the scenes. And they will be looking into all these links between Hunter Biden, Jim Biden, Joe Biden, and the Chinese communist regime in particular.

WATCH THE FULL INTERVIEW BELOW:

This article was written by Fox News staff.