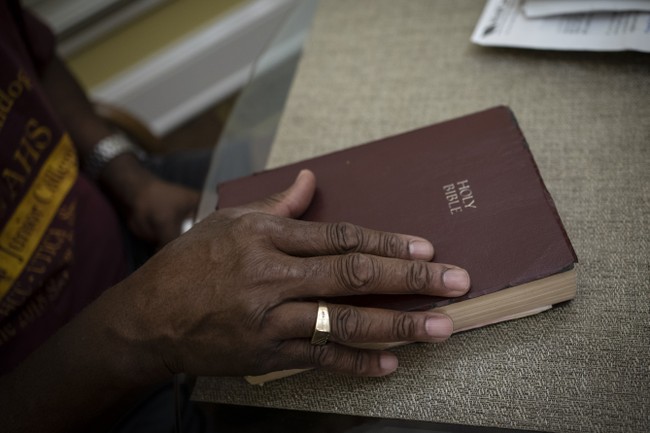 Here’s a fun exercise: President Theodore Roosevelt is credited with observing, “A thorough knowledge of the Bible is worth more than a college education.” Imagine the reaction if he’d said that today.

Academia would suffer an emotional meltdown of epic proportions. Campus grief counselors would be booked solid through 2025. Reactions on Twitter and Facebook would break the Internet.

Media fact checkers would feverishly write about how people with graduate degrees in LGBTQIA+ Studies earn more money than Presbyterian ministers. CNN and MSNBC would enjoy a ratings spike of such magnitude, they wouldn’t have to fire any more anchors.

Roosevelt didn’t say this because he was some closet theocrat who wanted to oppress the nation into a dystopian Handmaid’s Tale. He said it because he had the courage to articulate a simple truth: The Bible provides more than just a basis for Christianity. It also provides biblical wisdom, a foundation of morality for our personal lives and a civil society that promotes individual liberty.

Roosevelt was not alone. Harry Truman called the Bible, “the moral code of civilization.” Abraham Lincoln said, “I believe the Bible is the best gift God has ever given to man. All the good from the Savior of the world is communicated to us through this book.”

George Washington was more to the point in saying, “It is impossible to rightly govern the world without God and the Bible.”

It’s tempting to discount the courage of these presidents for what they said. After all, they lived in an earlier time, unconcerned with online slanders and ‘round-the-clock cable news criticism. All they had to deal with was angry pamphleteers and newspaper editors who were all-in on The Origin of Species.

Still, they were courageous men and it takes courage to say such things today. Speaking the truth in 2022 is risky business. Many of us simply do not possess the fortitude to withstand the withering criticism that can accompany something as ordinary as noticing that the Bible has many very good ideas about how to live our lives and structure society.

People have good reason to be fearful these days. Some who take their beliefs into the public square are arrested at their homes and taken away by federal agents. Organizations that exercise their constitutional right to redress grievances face onerous and intimidating subpoenas. Parents who advocate for their child’s education are threatened with federal prosecution.

This is what happens to people demonstrating courage today and it’s scary. When people are faced with life changing reactions to things as straightforward as defending life, expressing opinions to legislatures or wanting their kids to be properly educated, it’s small wonder that fewer people are prepared to talk about the truth of biblical wisdom.

When George Washington said it’s impossible to rightly govern without God and the Bible, he was saying God’s law is greater than Man’s law and that our elected leaders are accountable to God. These are principles from scripture, amplified by the Reformation, and put into civic practice through the American founding.

Why can we not say the same today? Because we are incentivized to silence by the anger of the American Left. It is terrified by the notion that something in the universe may be greater than their own minds. It denies the sinful nature of man and promotes the fallacy that man is perfectible. It insists that our rights come not from God but from arbitrary edicts.

Biblical Christianity is a threat to their ruling power, so those who embrace it must be dealt with. This means they must be marginalized. Government coercion, social ostracism and financial ruin are tools for marginalizing people, and are designed to hurt them.

When examining the philosophies and strategies of the American Left, we see little daylight between modern authoritarians and the theocratic autocracies of medieval Europe. The tactics have been updated (imagine the carbon footprint of burning someone at the stake), but the strategies are little different from those of the Middle Ages.

Courage, by definition, involves fear and finding a way to overcome it. Perhaps we can take inspiration from the prophet Joshua, the successor to Moses, who was told by God, “Be strong and courageous, for you shall cause this people to inherit the land that I swore to their fathers to give them. Only be strong and very courageous, being careful to do according to all the law.”

It worked for Joshua. It might work for us too.

Scott Hogenson is a political and social commentator who lives in Texas.