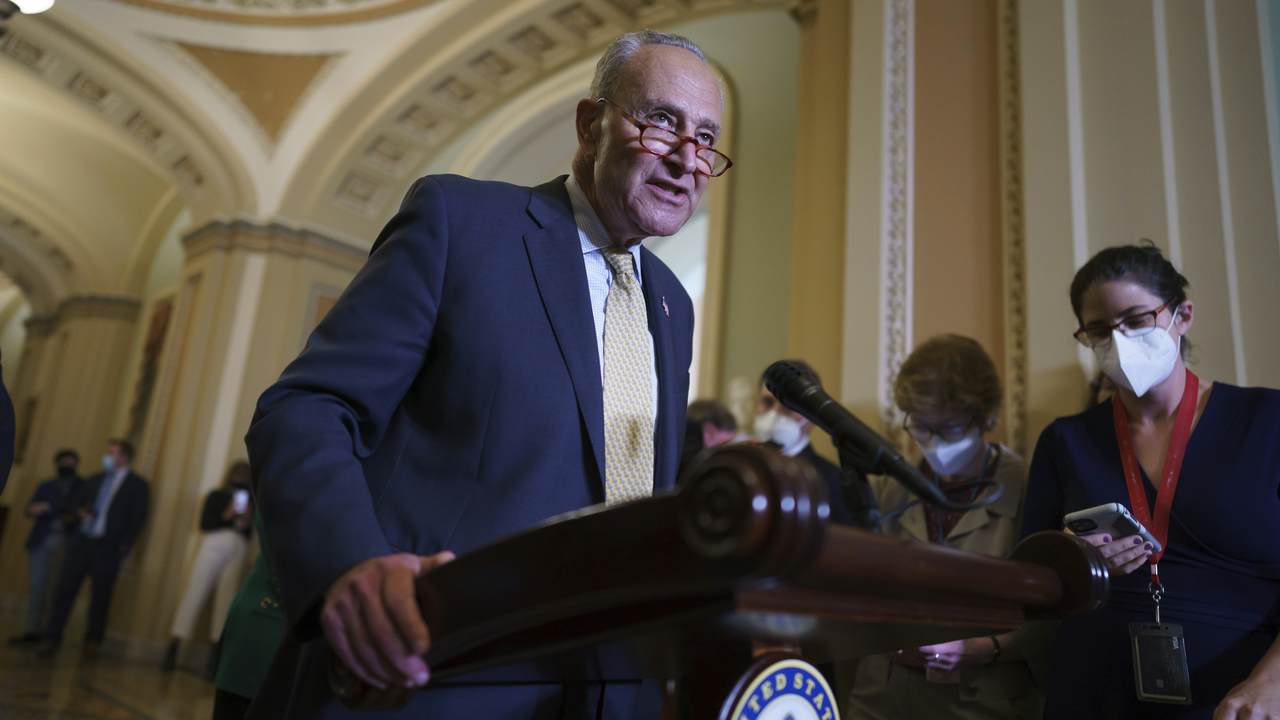 Some politicians in Washington don’t understand that increasing federal spending is one of the chief causes of inflation. Senate Democrats just rolled out new legislation titled the ‘Inflation Reduction Act of 2022’ that they intend to ram through Congress on a party line vote next week with no hearings, no debate and no input from Republicans. While the economy is experiencing a recession, Democrats are pushing big spending ideas that will make things worse.

This legislation is exhibit A proving Democrats are completely out of touch with the struggles of most Americans because the bill will do nothing to decrease gas prices, inflation at the grocery store, and will hand out hundreds of billions of new federally created cash into green energy companies, likely companies with Democratic Party ties, that will add to out of control federal spending – a chief cause of inflation.

Federal overspending is unsustainable, yet Washington politicians have come up with another creative way to spend money they don’t have.

Reports indicate that the bill will spend $433 billion in new spending while hammering the private sector with $739 in new taxes to be passed onto consumers with higher prices. This is at a time when federal revenues are at an all-time high, yet government wants a bigger slice of private sector-created wealth to fund their pet projects like windmills, electric cars and solar power. CNBC reports that the spending in the bill contains the following: “$369 billion from a suite of energy and climate-related programs” and “$64 billion from extending an expanded Affordable Care Act program for three years, through 2025.” There were no announcements of spending cuts to pay for all this new spending.

The revenue increases will hurt economic output at a time when the economy is struggling. The proposal includes Treasury Secretary Janet Yellen’s proposal for a global minimum tax to be imposed on American companies at a rate of 15 percent that will suck $313 billion out of the productive sector of the economy and give it to Washington bureaucrats. The proposal includes a prescription drug price fixing scheme that will allow the United States to mirror the socialist policies of European nations who have pushed to have government impose price controls. Furthermore, the proposal includes a favored gimmick of Congress to increase IRS enforcement that will, on paper, raise $288 billion. And another $14 billion will be raised by stopping carried interest for corporations.

Every last one of these spending and tax increase ideas will do nothing to lower average Americans’ gas prices and slow inflation. There is no proposal to suspend the gas tax – an idea that would provide immediate relief to Americans. Nor any idea to incentivize more domestic production using the same fossil fuels that liberals use to create electricity for their cars. Rep. Thomas Massie (R-KY) points out that if the United States followed the Biden administration’s goal of forcing Americans to own over 50 percent electric versus gas powered vehicles, the likely outcome would be rolling blackouts and household electric bills skyrocketing.

Republicans have pledged to fight this bill. Senate Republican Leader Mitch McConnell (R-KY) tweeted after the announcement of a one-sided deal, “Democrats have already crushed American families with historic inflation. Now they want to pile on giant tax hikes that will hammer workers and kill many thousands of American jobs. First they killed your family’s budget. Now they want to kill your job too.” McConnell is spot on, even though Republicans have been complicit in some of the big spending ideas of the past including the fraud ridden PPP program passed during the Covid-19 pandemic. Republicans are the last line of defense these days and the only ones fighting against one party spending today.

The Democrats are using something called ‘Reconciliation’ to circumvent the need to overcome the rules of the Senate that allow for extended debate on legislation. The great irony is that Reconciliation is part of a Budget Process that is supposed to put the brakes on spending by reconciling the appropriations process with overall budget caps. Congress has figured out a way to pervert that process into a mechanism to create new spending programs.

Green energy spending may excite left wing Woke Pronoun Democrats but will do zero to make average Americans’ lives better. Also, tax hikes are music to the ears of Democratic Socialists, yet the hikes will hurt the very people the proponents of this legislation purport to help with higher consumer prices.

This bill is horrible, and we can only hope that one Democrat in the Senate stands up to this abomination of legislation to say, and vote, no.