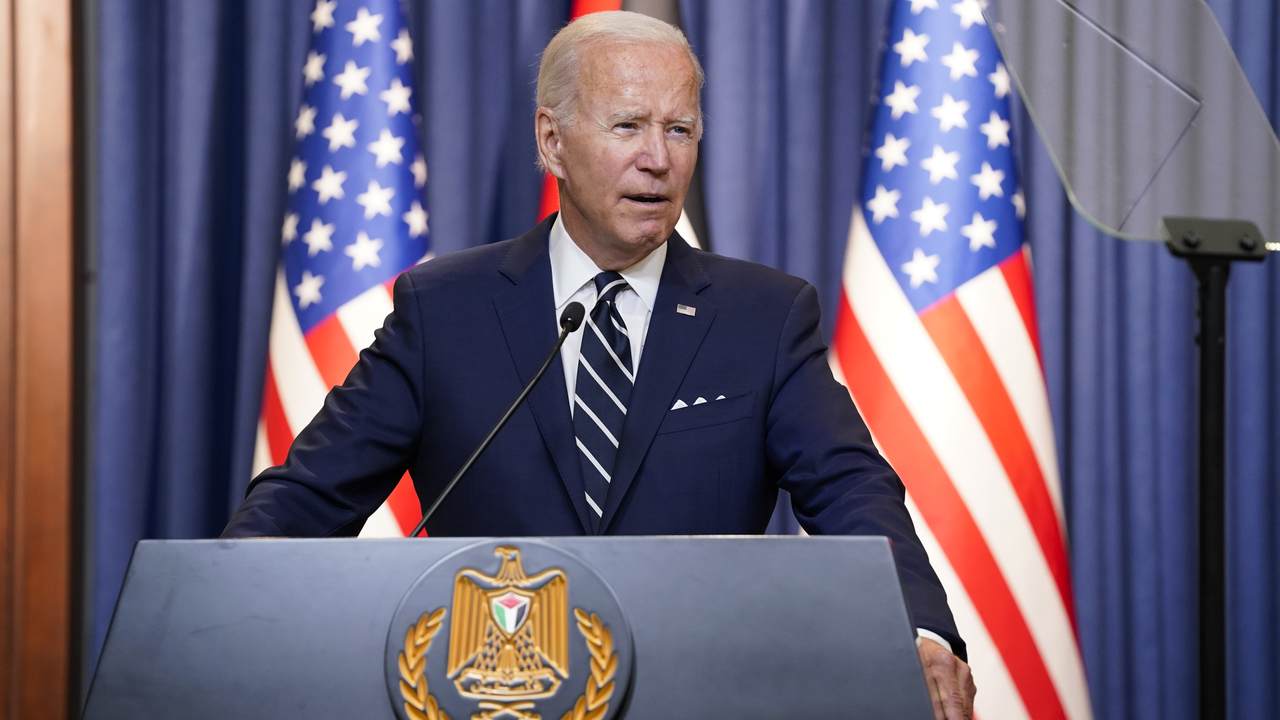 “What you heard from the president today is a clear articulation of the stakes. This is about the future of the liberal world order and we have to stand firm.” – Biden administration National Economic Council Director, Brian Deese

This quote came during an interview on CNN with Mr. Deese after President Biden responded that the American people would have to endure the exorbitantly high fuel prices as long as the conflagration in Ukraine continues. In essence, what Brian Deese was expressing is what we would say in military vernacular, “embrace the suck.” And the “suck” is the liberal world order, better known as the progressive socialist Marxist ideological agenda.

First, as a matter of political philosophical clarification, what the left desires really has nothing to do with classical liberalism, as advanced by John Locke, which is rooted in individual liberty and freedom. The socialist, globalist, linguistic manipulators of the left kidnapped the term liberal to mask their true Marxist nature.

This thing called the “liberal world order” is what then candidate Obama asserted back in late October 2008 in Columbia Missouri, the fundamental transformation of the United States of America. Now, I spent some 22 years in the U.S. Army “embracing the suck” for a noble reason, supporting and defending the Constitution of the United States. I will not embrace the deranged concept of a liberal world order…and it appears that I am far from being alone.

Look at the recent developments in the country of Sri Lanka. They rejected the liberal world order, big time. Sri Lanka once boasted an ESG (environmental social governance) score of 98%. See, when you score high on the liberal world order, the end result is economic collapse, high energy and food costs, and equal sharing of misery. As well, further evidence of the deranged liberal world order is in the Netherlands where farmers are rejecting the destruction of their livelihood due to high fertilizer costs, as well as fuel.

Hmm, does any of this sound familiar?

This is what President Biden and his incompetent economic council advisor Brian Deese are pushing upon the American people. Point of order, a recent report from real economists, Stephen Moore and Jon Decker of the Committee to Unleash Prosperity, examined the resumes of 68 Biden economic advisors and discovered over 60% had no business experience. In other words, the deranged liberal world order is being advanced by economic “know-nothings”…remember that political party from the mid-1800s? Well, these economic know-nothings are the reason why America has a 9.1% rate of consumer and an 11.3% rate of producer inflation. And this rising inflation is far outpacing the wage growth in America, but we are supposed to embrace this suck, the liberal world order.

The green new deal is so successful here in Texas that ERCOT (Electric Reliability Council of Texas) told Texans last week to tamp down energy use. The reason? Well, those wind turbines, which cause so many traffic delays being transported by trucks on roads, ain’t turning because the wind ain’t blowing. Even Tesla headquarters sent out a notice to Tesla owners in Texas to refrain from charging between the hours of 2-8pm. Energy sources should be dependable, accessible, and reliable. What Texans have learned recently is that solar panels and wind turbines freeze over in the winter and wind fails in the summer. Heck, even Germany has decided to reopen coal fired plants. Instead, our president jets off to Saudi Arabia to fist bump and beg a maniacal tyrant for energy resources when we have an abundance here, and a better quality. That is just stuck on stupid.

But the deranged liberal world order is not just about energy and food costs and inflation.

The dangerous liberal world order is one that promotes releasing violent criminals and felons from incarceration. While a bodega store worker who defended himself against a released criminal should be incarcerated. This is a world order that does not believe you, the legal, law- abiding citizen, has the constitutional right to keep and bear arms for your self-defense and protection. As the Mayor of Philadelphia asserted, only police should possess firearms. How well did that work out for the helpless children in Uvalde Texas?

The liberal world order is a collection of delusional ideas and policies intent on tearing down the fabric of a civil society. It advances insidious open borders policy that enables a drug, sex, and human trafficking epidemic. It promotes the idea that men can get pregnant and biological males should compete against females…hence ending the achievements of Title IX. The liberal world order would rather not teach our children reading, writing, math, and science, but about drag queens and gender modification procedures and hormonal therapies.

And most diabolical, is the liberal world order’s insatiable thirst for murdering unborn babies.

No, we should not embrace the suck of the deranged liberal world order, which is a recipe for chaos, failure advanced by know-nothings and evil doers.

What we should be embracing is the foundation of the longest running constitutional republic the world has ever known–the U.S. Constitution and our free market economic system. That is what we embrace at the American Constitutional Rights Union…join us.