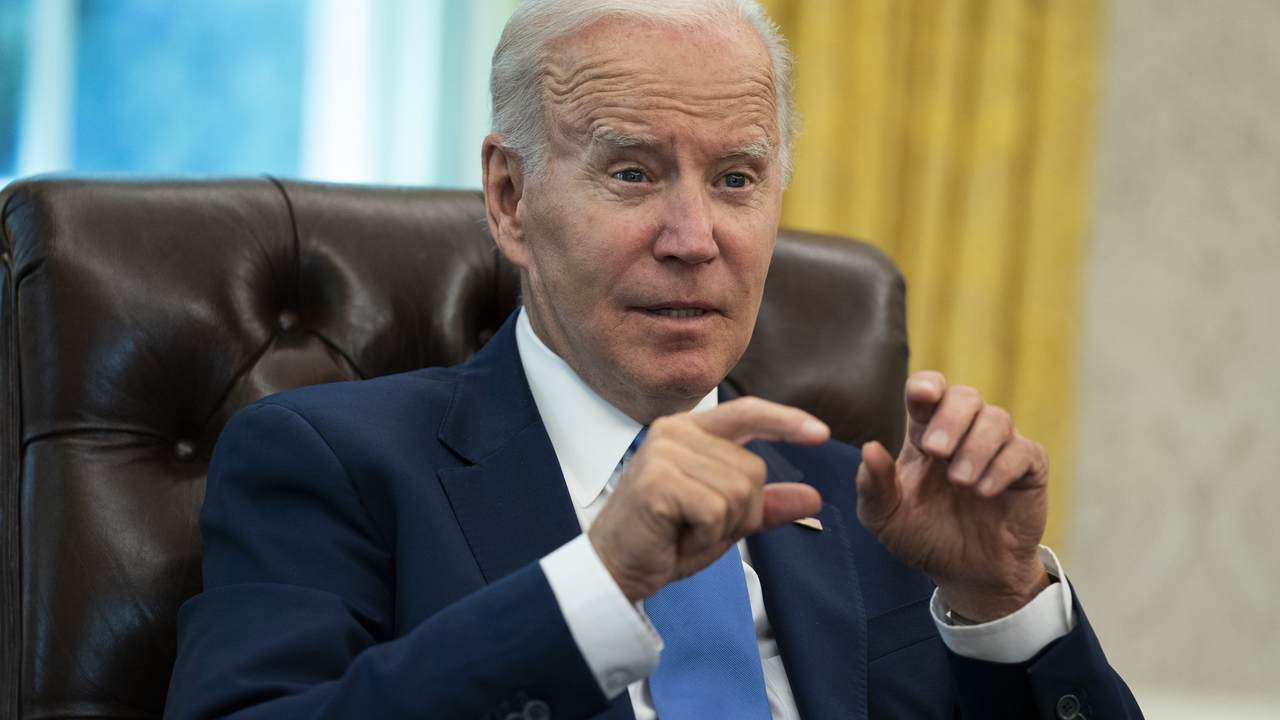 Jump out of a perfectly good airplane, charge a machine gun nest, be stationed at Ft. Irwin – these are just three of the myriad miseries American patriots are willing to endure to defend our country. But today’s military is asking too much of our young people, as evidenced by the crashing recruitment rates that threaten to deplete a military already running short of soldiers. Have our young people suddenly turned from heroes to zeros, ne’er-do-well heirs of the brave warriors who confronted the forces of tyrannical gun control at Lexington and Concord?

No. The kids are alright. The problems lie echelons above.

Here’s a little leadership secret that’s actually not a secret at all to competent commissioned and non-commissioned officers. There are no bad cohorts of soldiers, sailors, airmen, Marines, Coast Guardsmen and whatever the hell Space Force people are called. There are only bad leaders, and we have the worst military leadership in American history, starting right at the top with a commander-in-chief who is less like Ike than Beavis.

In fact – and this rips me up to say because I would not trade my about 27 years in the Army for anything – the reluctance to enlist of the traditional, normal Americans who are most likely to serve and who are the most desirable for service, is entirely rational. You do have an obligation to serve your country in some way, the military being the highest and best way for those who are able. But you do not have an obligation to do so if your life is going to be squandered by a leadership whose strategies are a disaster, whose priorities are not the defense of this country but some sort of bizarre pan-global progressive ideology, and who will use you as a guinea pig in freakish and morally bankrupt social experiments, all while failing to fulfill even the most basic obligations of the leaders to the led. Our military today is failing to meet its recruiting goals because it has failed to earn the trust of normal Americans who would otherwise be inclined to raise their hands.

As I discuss in my new non-fiction book from Regnery, “We’ll Be Back: The Fall and Rise of America,” our military was once great:

“I was there at America’s pinnacle, present temporally and physically, right at the very peak of American power. But I did not know it then. In fact, it would not become clear to me until decades later. On February 24, 1991, I was a few miles west of Hafar al Batin in the Saudi Arabian desert along Tapline Road, at the main command post of the mighty VII Corps with my chemical decontamination platoon ….  When President Bush declared the ground war over on February 27, 1991, after about one hundred hours, I did not understand what it meant except in terms of my approximately 20-man unit. We knew we had won—the vaunted Republican Guard, with its Soviet gear, had been swept away by the unstoppable power of the VII Corps’s American tanks and the attached Brit armored division. Not just swept away—annihilated, defeated utterly and completely, so decisively that our potential opponents around the world watched in stunned horror as it dawned on them what America could do. It could do any damn thing it wanted.

I was micro-focused on the platoon’s mission, so when the final victory was announced, I did not realize what was truly happening in the macro. I understood that I was an insignificant cog in a vast machine that had delivered our countrymen a remarkable triumph, but I would not fully appreciate the significance of the moment until 30 years later when, watching an unrecognizable U.S. military humiliated in the debacle at Kabul Airport, I saw America at its postwar nadir.”

If we want enough quality recruits, we need to make our military great again.

I was present at the last great American military victory, and while I personally contributed nothing significant to it, I still highly recommend the experience over the grotesque betrayal of our warriors we saw when Biden abandoned Afghanistan. Thirteen dead, and for what? It was an operation that, to the extent that it was planned at all, was so poorly planned that it is hard to believe that no one was fired. But then, that’s not really so hard to believe at all. Accountability is for an E3 who leaves his M4 in the crapper, but promotions are for the bigwigs who had months of warning but still failed to ensure adequate infrastructure was in place at an airport so that a bomber could walk within 15 meters of our troops and blow himself and them up.

On the tactical side – at the battalion level – our troops executed as well as could be expected in the horrible situation their senior leaders had led them into. But if you are a young American thinking of serving their country and you see that fiasco, are you going to rush out to sign on the line that is dotted?

Our leadership is painfully frivolous regarding the most serious business of our government. What’s the bigger deal, China or the weather? The weather. Ridiculous. Hey, if our greatest strategic challenge is really climate change, maybe you might want to spend four years of your life enjoying yourself instead of sloshing through mud. Let them go enlist some Gaia worshippers from Santa Monica or Manhattan.

Yeah, that’ll happen. The fact is, the kind of middle American patriots who make up our military are the very same people the ruling class our military serves calls “deplorables.”

Oh, and who needs to earn GI Bill benefits when our Crusty-In-Chief and his party want to dump the tuition debts of students who fought the Battle of the Bong at Gumbo State on to suckers who paid their own way?

Serving our country is great – but the key component of that is the “our country” part. Right now, our country is being invaded over our Southern border, but if you were to enlist, you would not be going there to protect your home. It seems, from the giddy excitement of the bipartisan fusion party (H/T to Michael Walsh) about this new opportunity to spill other people’s kids’ blood, that you might get the chance to defend Ukraine’s borders. You will not be joined by anyone with a Ukrainian flag emoji in their Twitter bio, and you will go into battle knowing the discos of Kyiv are packed as we defend their country.

These are not selling points to the kind of smart young people we need filling our ranks.

Now, there is an off-chance that you might be engaged in a necessary war where American interests are truly at issue, but you will also realize that despite a nearly trillion dollar a year budget, our equipment is still aging and falling apart, and while there’s always money to celebrate Pride Month, there’s never enough training ammo.

That social justice nonsense is another reason we can’t recruit. Would you want to waive your civil rights and sleep in the dirt to be part of an institution that hates you? Would you feel like joining an organization whose leadership is very, very focused on mythical “white privilege” and those scary “insurrectionists?” Remember, if you are conservative, you are an official extremist threat. If you are a believer, you run afoul of the official morality of CRT. If you think men can’t become women because they feel like it, you are a horrible bigot and you will be ordered to lie and use the pronoun du jour or else.

Oh, and if you won’t submit to a vaccine that has not done much of what was promised, out you go with no pension. What a disastrous betrayal by our leadership.

Maybe the people who think we ought to fight all their ridiculous wars should go do it themselves. Let’s see some nametapes with “Cheney,” or “Bush,” or “Obama” on them. Of course, credit is due to Biden – 50% of his sons served honorably and were not tossed out day one for drugs. Hey, if this was baseball, at .500 President Gumby would be the greatest batter of all time!

Maybe the people who presume to lead our troops should stop trying to convert steely-eyed killers into neurotic Wellesley sophomores, complete with a long roster of microaggressions to focus on instead of training to win wars – something we have not done decisively in 30 years.

And maybe our leaders need to stop tossing out fine troopers because of a flu shot.

But they won’t do that as long as our president is this half-wit dust puppet. As “We’ll Be Back” points out, the key to revitalizing our military is electing a president who will confront the Pentagon with a whip and a chair. The joint chiefs? Fired. The heads of the military schools and war colleges? Fired. Everyone in a slot with a title that includes the word “diversity,” “inclusion,” or “equity?” Fired if a civilian, transferred to a real job if not.

Until then, it’s sad that so many of the great potential warriors our country produces will take a hard pass on the military. But then, in the face of the total failure of the military’s leadership starting right at the top, it’s understandable if regrettable. We need a serious president who will spend serious political capital and, more importantly, serious time fixing what is broken. It can be done, but until it gets done, don’t expect enough of the kind of troops you would actually want to enlist to flock down to the recruiting offices.

Conservatives Must Stand Together and Fight. Join Townhall VIP. And Check Out This Week’s Stream of Kurtiousness, There’s a Reason Why Hearsay Is Barred from Trials. And my podcast, Unredacted.

Pre-order my next non-fiction book, We’ll Be Back: The Fall and Rise of America (out July 12th!), and don’t forget my Kelly Turnbull series of conservative action novels. The latest is The Split, but get all these action-packed bestsellers, including People’s Republic, Indian Country, Wildfire, Collapse, and Crisis! Plus, keep up the fight by joining Townhall VIP, including an extra Wednesday column, my weekly Stream of Kurtiousness video, and Unredacted podcast!