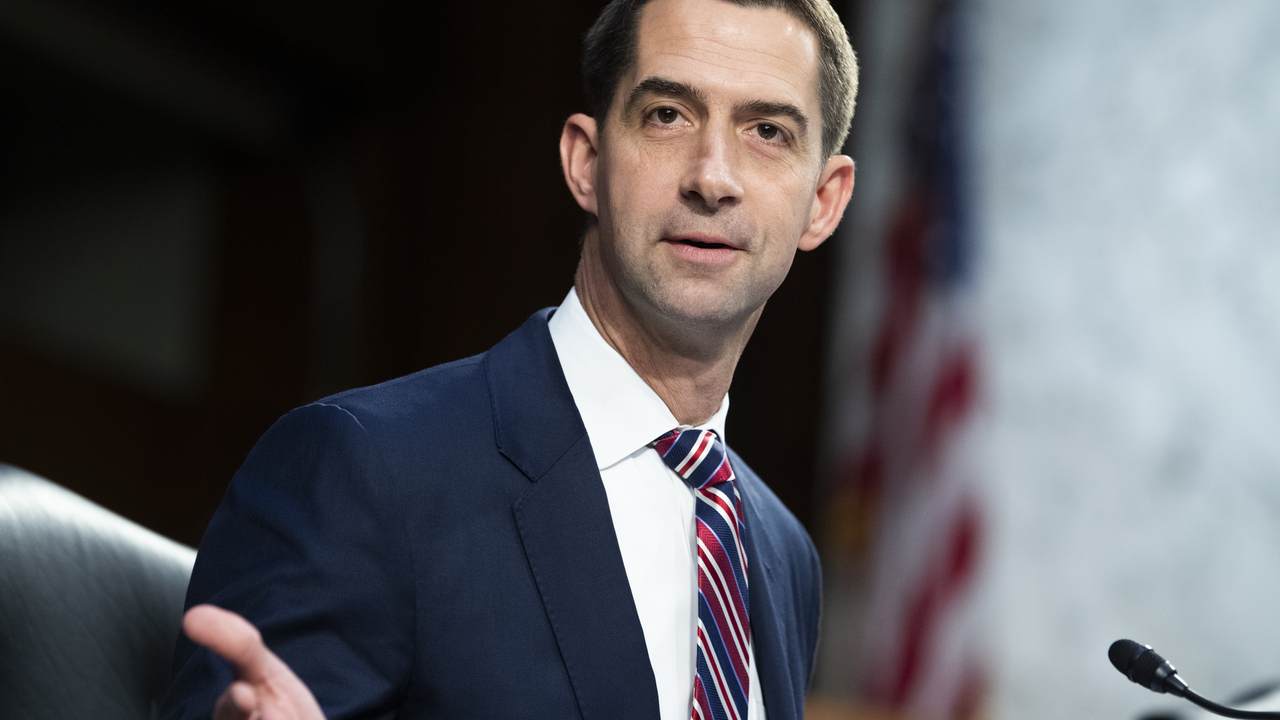 A big attaboy to Senator Tom Cotton. He is among the first in Washington to begin sounding the alarms about something most Americans have never heard of. It’s the Environmental, Social and Governance system, or ESG for short. This is the spawn of radical environmentalists and woke Wall Street wolves. It is slowly eating away the foundations of our economic system. It’s a major reason that sky high energy prices won’t be going away for a long time.

ESG is a rather subjective (political) rating system designed to measure a company’s commitment to a green future. A cabal of big money managers use it to deploy capital toward “good” companies and away from “bad” companies. The activists have turned fund managers and bankers into enforcers of their green agenda. So a wildcatter looking for funding to drill new wells in North Dakota or an energy company upgrading pipelines will find financing harder to get. A coal-fired power plant in Utah suddenly finds it nearly impossible to get insurance.

It is a quiet conspiracy. It’s pernicious. It is a virulent strain of woke capitalism. Should it be illegal? Imagine if the big oil companies conspired similarly to limit production and keep prices high. That’s essentially what the practitioners of ESG are doing.

Some of these fund managers have created special ESG funds. They charge their investors significantly higher fees for managing these green funds. Not surprisingly they are also big contributors to candidates who embrace the green mantra. And of course they are among the louder voices demanding ever-greater subsidies for favored projects.

These elites who claim that we must heed their alarms to save the planet from an imminent climate catastrophe don’t really care about the consequences of their demands. These self-appointed Viceroys could care less that over half of American families live paycheck to paycheck. Sky high energy prices and the attendant record inflation are not their problem.

Several of the anointed have let the truth slip out. These high energy prices are in fact a critical part of their plan. It is the best way to force the peasants out of their gasoline powered carriages and into the futuristic “zero emissions” coaches. Like modern-day Marie Antoinettes they say, if the unwashed cannot afford gasoline, then let them drive Teslas.  Again, the fact that the peasants cannot afford a new $56,000 EV is not their problem.

For the record, the working class can’t afford used electric vehicles either. As Floridian Avery Siwinski found out when her electric 2014 Ford Focus quit working. https://www.foxbusiness.com/technology/florida-family-electric-car-problem-replacement-battery-costs-more-vehicle The new battery was going to cost $14,000. The car was only worth $11,000. It didn’t matter though. Both the model of the car and the battery were discontinued.

Which leads to another problem that the elites can’t be bothered with, what to do with all that green waste. California is waking to the realization that millions of solar panels are reaching the end of their useful life and must be taken down. Those panels were built and installed with hefty government subsidies. They contain significant amounts of heavy metals and other toxic material. Recycling them is very expensive, so most are currently being landfilled. Experts agree that those dangerous materials will eventually leak into the groundwater. That’s not good in a state where potable water is already a valuable commodity.

What do we hear from the otherwise noisy environmentalists on these matters? Crickets.

When the elites are focused on saving the planet, some becoming fabulously wealthy while doing so, they simply can’t be bothered with the problems faced by the little people. If you’re someone like Blackrock’s CEO Larry Fink who just received a tidy boost in his compensation package (to $36 million according to Forbes) $14,000 batteries and $5 gas are little more than rounding errors. Pencil dust.

Modern day Robber Barrons have rediscovered the secret to acquiring great wealth quickly. Use fear to stampede the unsuspecting suckers into a blind canyon. Help elect folks who will ensure that you and your conspirators control the only way out. Once the cattle are trapped, move in for the kill. Yes, expect some unpleasantries as the unsuspecting serfs begin to scream. Remember, it’s for their own good. Saving the planet requires some to sacrifice. And never forget, it can be very profitable. Its called doing well while doing good.

Putting ESG under a microscope should be a top priority when the next Congress is sworn in.