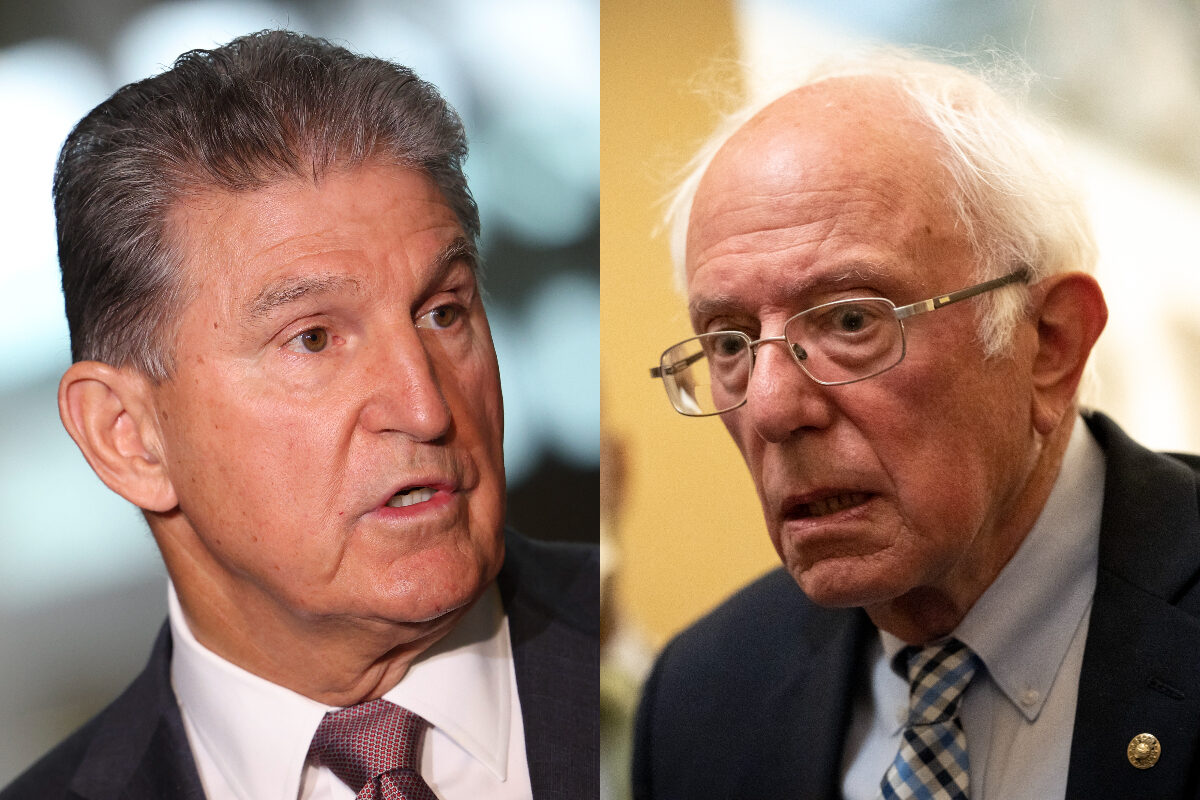 Although our legacy media have dutifully described the Chuck Schumer (D-N.Y.)/Joe Manchin (D-W.Va.) climate bill as the “Inflation Reduction Act,” it’s no stretch to call that a misnomer.

After all, the nonpartisan Congressional Budget Office (CBO) said the legislation would have a “negligible effect on inflation.”

Yet, even before the bill passed the Senate on Aug. 8, another name for it took hold: the new Green New Deal.

The left’s “Inflation Reduction Act” is just a Trojan Horse for their socialist agenda – $370B for the Green New Deal, $64B for Obamacare, and $313B in taxes on small businesses.

I’m here in Washington fighting back against this. pic.twitter.com/zyVSoQVXFj

Only Democrats would have the audacity to introduce a bill with $800 billion in new spending on Green New Deal crap and then call it the “Inflation Reduction Act.”

Liberal commentator Matthew Yglesias titled his blog post on the legislation, “How the Green New Deal became the Inflation Reduction Act.” Yet, he argued that the Schumer-Manchin bill is not all that similar to the Green New Deal, claiming that its focus on technology investments means it “looks a lot more like ecomodernism than like a Green New Deal.”

“I do think it is fundamentally dangerous to ignore the extent to which this was an elite-driven policy consensus that flew in the face of the public’s views about priorities,” he added. Yglesias cited Gallup polling that shows climate is far less important to voters than inflation, fuel prices, or the economy in general.

Meanwhile, far-left critics have lamented that the bill does not go nearly far enough.

By contrast, on a recent episode of EpochTV’s “Crossroads” program, free-market economist Thomas DiLorenzo agreed with Philipp that the bill is a “socialist wish list” reminiscent of the Green New Deal.

As the House prepares to vote on the legislation, it’s worth pausing to ask some fundamental questions. Is the Schumer-Manchin bill just another version of the Green New Deal? Where and how do the two differ?

One good place to start is the price tag.

The Joint Committee on Taxation found that the bill includes almost $370 billion in spending and tax credits related to climate and energy.

That’s no small sum, especially when seen as part of the $3.5 trillion in spending unleashed by Democrats since President Joe Biden took office.

Yet, it still pales compared to the $93 trillion estimate of Rep. Alexandra Ocasio-Cortez’s (D-N.Y.) 2019 Green New Deal proposal from the American Action Forum.

The biggest figures in that eye-popping calculation include $36 trillion for universal health care and up to $44.6 trillion for “guaranteed jobs.”

Little in the Schumer-Manchin bill is comparable to that, although it does include billions for extension of the Affordable Care Act. The legislation does not attempt to remake the economy in its entirety, like many Green New Deals pushed in the United States and across the world after the 2008 financial meltdown.

Another point of comparison for the Schumer-Manchin bill is Sen. Bernie Sanders’s (I-Vt.) own 2019 Green New Deal proposal, which he claimed would cost $16.3 trillion.

In more recent memory, the $370 billion is also significantly less than the $2 trillion climate plan Biden ran on in 2020.

Additionally, it falls short of the $550 billion in the original Build Back Better legislation.

When held to closer scrutiny, much of the bill’s content should be familiar to those who have followed the various Green New Deals.

The Schumer-Manchin bill also reauthorizes wind leasing in the eastern Gulf of Mexico and the mid- to south Atlantic coast, and incentivizes domestic production of wind and solar technology through tax credits.

In addition, it would enable the Secretary of the Interior to hold offshore wind lease sales, though in a compromise for Green New Dealers, those sales would also be contingent on holding offshore oil and gas lease sales that the Biden administration has repeatedly delayed.

A summary from Senate Democrats highlights what they describe as “roughly $30 billion in targeted grant and loan programs for states and electric utilities to accelerate the transition to clean electricity.”

Ocasio-Cortez’s 2019 document on her Green New Deal proposal argued that her bill would enable the country to “meet 100 [percent] of power demand through clean and renewable energy sources,” without outlining the details of the technology and infrastructure that would make this an achievable reality.

That’s more ambitious than what the Schumer-Manchin bill claims to deliver.

On the other hand, advocates assert the bill would cut carbon emissions by about 40 percent between now and 2030, partly through its energy provisions–a timeline with some broad similarities to the one outlined in Ocasio-Cortez’s 2019 proposal.

The bill’s appropriation of $20 billion-plus for “climate-smart agricultural practices” also echoes the Green New Deal proposals from Sanders, Ocasio-Cortez, and others.

The Schumer-Manchin bill comes at a time when governments across the developed world are targeting chemical fertilizer and animal agriculture, even in the face of potential food shortages and at the expense of farmers’ livelihoods.

The Dutch government has estimated that 11,200 of the country’s farms will have to be shut down due to its controversial nitrogen emissions policy.

Ocasio-Cortez’s 2019 document on her proposal noted that “we aren’t sure that we will be able to fully get rid of farting cows” by 2030.

Language like that has led to speculation that the large-scale reduction or total elimination of animal agriculture, chemical fertilizer, and other components of the modern food system could lurk in the background of Green New Deal-style farm laws.

Neither Manchin nor Schumer responded to requests for comment on whether their plan is a version of the Green New Deal and whether it could set the stage for dramatically scaling back of animal agriculture or fertilizer use.

The bill’s $80 billion in new funding for the Internal Revenue Service isn’t explicitly paralleled in either Sanders’ or Ocasio-Cortez’s Green New Deals.

Yet Sanders, who has emphasized the CBO’s assessment that the bill will not meaningfully curb inflation, has previously decried cuts to IRS funding under the Trump administration.

Sanders’ failed amendments to the Senate version of the bill also show how the legislation differs from the Green New Deal or comparable legislation.

Notably, he moved to establish a Civilian Climate Corps, an element of 2021’s Build Back Better. The amendment failed in a 98–1 vote.