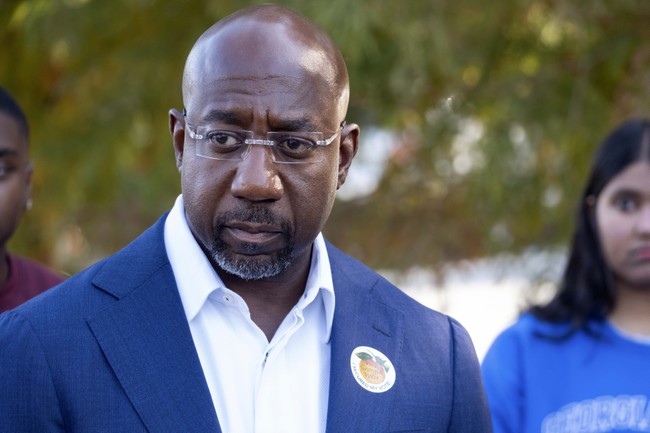 As we approach the 2022 midterms, and even more as we approach the 2024 presidential elections, Christian conservatives who are politically active will be accused of marrying the gospel with the politics. “Have you not heard of the separation of Church and State?” our critics will ask.

But that sword cuts both ways. The left is also guilty of this very thing, to the point of celebrating the marriage of politics with the gospel.

To be clear, I believe that it is very dangerous to conflate the gospel with politics, as if the goals of both were identical.

I have addressed this concern in many relevant articles as well as in my recent book The Political Seduction of the Church.

Of course, I believe that our faith should inform our politics and we should be politically involved. I consider this part of our sacred stewardship in a country like America, as well as we don’t confuse the gospel with politics.

But, to repeat, it is just not the right that is guilty of blurring these lines. The left most certainly is, and even more blatantly.

In 1988, both Pat Robertson and Jesse Jackson ran for president.

Speaking about Robertson, the Britannica.com website noted that he in the 1980s he “became increasingly involved in politics, and he subsequently resigned as minister in order to run for the Republican presidential nomination in 1988.”

So, he was no longer “Rev. Pat Robertson,” but just Pat Robertson. This way, there would be no blurring of the lines between his beliefs as a minister of the gospel and his political agenda. He was here to serve all Americans as a potential president, not simply preach the gospel as a minister.

In stark contrast, to this day, Jesse Jackson is known as “the Rev. Jesse Jackson.” That’s because the left has no problem with the blurring the lines between Church and State, as long as it’s for their causes. Be a reverend and be a politician. That’s great – as long as you are on the left.

Consequently, when a Republican candidate who is also a Christian speaks up for the unborn or points back to some our founding, Christian values, he or she is accused of being a dangerous Christian nationalist. “You are a Christian dominionist trying to take over our country! How dare you try to impose a theocracy on us.”

But when a gay clergyman supports a Democratic candidate or cause, he or she is hailed as a pioneer, a reformer, someone who exemplifies the true American spirit. The double standard is glaring.

If you think I’m exaggerating, consider the Senate race in Georgia.

The Republican candidate is Herschel Walker, a football legend and a Christian conservative.

As stated on the TeamHerschel.com website, “As a Christian, a father, and a husband, Herschel knows that strong families are the bedrock of our country. Herschel’s upbringing in rural Georgia instilled a personal faith in God, which he carries with him to this day. He prays every day for this country, and with God’s help will bring those values with him to Washington. Herschel is a compassionate conservative who is pro-life and pro-family.”

Walker is running to unseat Democratic Senator Raphael Warnock, whose Twitter handle is @ReverendWarnock. (His full name is listed on Twitter as Reverend Raphael Warnock.)

Yet Rev. Warnock is proudly pro-abortion to the point of claiming that his pro-choice views were “consistent with my view as a minister.”

And Rev. Warnock, who is the senior pastor of Atlanta’s Ebenezer Baptist Church, said this in an editorial posted on the flagship gay website Advocate.com in October 2020: “Some might find it strange that a pastor would submit himself to the business of politics, and I would agree. But this fight, this campaign, is a continuation of my lifelong commitment to service. Our votes are sacred, living prayers of action for the kind of world we want to live in. In November, it’s on all of us to make it known that we support the protection of LGBTQ people and to help build a better nation where all Americans can without fear of retribution be themselves authentically.”

Yet it is Walker who is maligned by the left as blurring the lines between Church and State and Warnock who is hailed as both a political and spiritual hero.

To drive the point home a little more, can you imagine how hysterical the reaction from the left would be if a conservative Christian pastor ran for national office, as a pastor? He would be branded one of the most dangerous men in the country, surely an insurrectionist and white supremacist (whatever the color of his own skin) with plans to establish a theocracy. But a “progressive,” left-leaning pastor? He should be celebrated!

This looks like a classic example of “rules for thee but not for me.”

Jesus addressed this long ago, telling His disciples, “If you belonged to the world, it would love you as its own. As it is, you do not belong to the world, but I have chosen you out of the world. That is why the world hates you.” (John 15:19)

No wonder that the world is threatened by our faith but embraces the faith of the left.

That’s because it is only a biblically based gospel that poses a threat to the world system. A compromised gospel is warmly welcomed by the world for the very reason that is no longer the gospel at all.