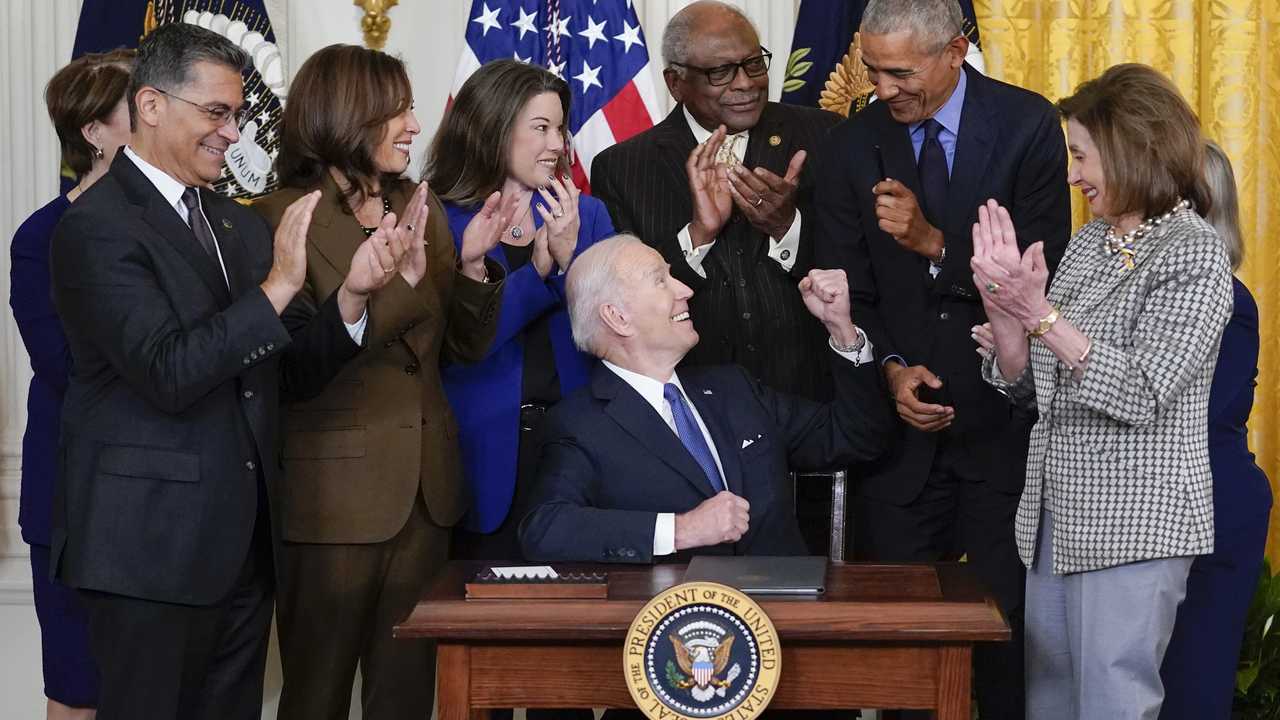 Those of us on the right don’t understand how leftists think. They seem to be all over the place, a mishmash of positions on issues thrown together that are offensive and lacking in logic. We base our positions on clear underlying principles like maximizing freedom, minimizing government intervention, protecting life, etc. As a result of this disconnect, many on the right go so far as to label people on the left mentally ill. But there is a distinctly prevalent pattern that can be seen simmering underneath the surface of left wingers.

They’re not going to easily admit it, because it’s not flattering. But it does provide a rational explanation that is at least not mental illness. I know too many decent people on the left for them all to be mentally ill. Look at Denzel Washington (and sorry libs, the awesome Divorce Court’s Judge Lynn Toler is a Republican).

Now, remember how we’ve noticed that Democrats tend to be more emotional, always the first to cut family members off over COVID-19, more likely to end friendships over politics, throwing “Karen” fits in public? There is something to this.

Have you noticed their obsession with Donald Trump? Most of their hardcore activists talk about nothing other than taking Trump down. When I told my lefty friend I was writing about something based on what I’ve learned from our daily discussions, his predictable response was, “Why don’t you write the truth? That Donald Trump could give two sh**** less about the GOP or the Republican party and that he’s only using people to raise money so he can refurbish his airplane and pay his attorneys to try and keep him out of prison. And then at the end of the day he will throw away the GOP the second it serves him no further purpose.”

They have little to say about being in power, the Biden administration, what’s happening in Congress or the economy. They harbor intense anger toward polarizing figures on the right. When you ask them why they are leftists, they always point to something negative about someone on the right, never any fundamental principles on the left. The ones who aren’t very religious point to bad priests, televangelists with scandals or a bad personal incident they had in church.

They obsess over radical fringe people who identify on the right, living in some fantasy world where the GOP is completely composed of those people, as if the rest of us don’t exist. My lefty friend follows the fringiest people on the right he can find on Telegram, and constantly gaslights me about their scandals, as if I’m a racist and sexist since I’m in the same party.

I don’t have the time to follow the fringiest people on the left, but for the left, this is the core of their beliefs, and they need reinforcement since it’s such a shaky philosophy, basing your views on hating famous people on the right. They’ve built up a cottage industry around it, with many outlets now devoted extensively to highlighting lightning rods on the right. Media Matters, the Daily Beast, ProPublica, even Rolling Stone now feature long exposés about people on the right who they hate. People For the American Way compiles records on even the least known of us.

The left has always been masterful at lumping in decent Christian leaders with the worst on the right, as if they’re all morally the same, making it easier to include even the formerly most powerful man in the world, Trump. Left-wing rags that cover issues besides politics, like The Village Voice’s related news sites, deliberately profile every crazy pedophile that pops up in between hit pieces on top Christian conservative leaders, trying to create an association in people’s minds.

Far less likely to be Christians, the left doesn’t believe in the concept of forgiveness — so Trump and their other targets can never be forgiven. They are blatant that nothing will stop them from trying to prosecute him and making sure he never becomes president again.

The longer their list of “right-wing kooks” becomes, the more their position is reinforced that they are right and we are wrong. That’s why they become so entrenched in their views. They especially love to hold the right up to super perfect, Jesus-like standards, as if we’re all supposed to be perfect too like Jesus and never make a mistake — which actually goes against the Christian religion, which teaches that no one is perfect like Jesus.

They conveniently ignore all the flaws on their side, because it destroys the foundations of their beliefs. Point out anything about Hunter Biden and they go batty trying to change the topic and deflect, even to the point of getting angry. He’s a far worse person than any of their top targets on the right, such as Rep. Marjorie Taylor-Greene, Rep. Lauren Boebert and Laura Loomer. In order to make these rightwingers look like the bogeyman, they have to selectively edit, distort and take out of context their statements.

The left is “throwing the baby out with the bathwater” using this technique. They are cherry picking some actions by a small percentage of people on the right and using that to throw out an entire philosophy.

So their entire philosophy ends up being based on the opposite of our coherent philosophy. Since we’re for maximizing freedom of the individual, they’re for collectivizing people into groups, weighing minorities more than others and restricting capitalism. Since we believe in Judeo-Christian values, they want to restrict those values. Ever try to have a coherent discussion with a leftist about his hodgepodge of views, trying to get him to defend them all? They can’t, because they really don’t feel that strongly about most of them.