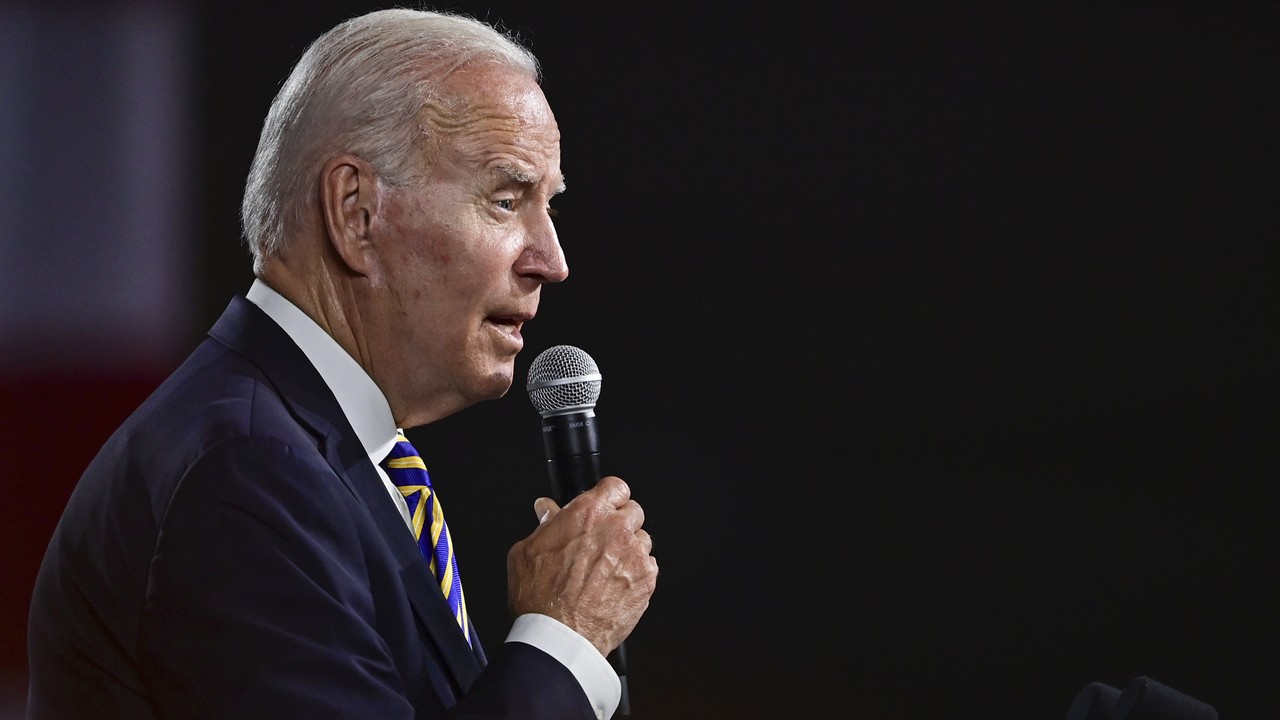 Did you ever read a column and think, “You must be joking”?

That was my reaction to Washington Post columnist Perry Bacon Jr. on Tuesday trying to explain “How media coverage drove Biden’s political plunge.” Bacon tweeted it this way: “One of the biggest challenges for Biden has been facing a mainstream media looking to ‘balance’ its anti-Trump coverage from 2017-2020.”

The media is President Joe Biden’s biggest challenge? Not the wind beneath his erratic wings? Even when they report on inflation or the baby formula shortage or the border crisis, Biden is spared the blame.

But let’s get beyond Bacon’s wacky tweet. His grand thesis is, “the mainstream media has played a huge, underappreciated role in President Biden’s declining support over the past year.”

The media’s “flawed coverage model” of Biden isn’t just bad for Biden, “it results in a distorted national discourse that weakens our democracy.”

In this man’s leftist worldview, the media has been feverishly itching to wreck Biden. The disastrous Afghanistan pullout “provided journalists the anti-Biden story that I think many of them were desperate to find.” Many would laugh and stop reading about there.

Bacon seriously believes the media has “long-standing biases toward bothsidesism” (?) and an “equally positive and negative to both sides” approach. He hates this notion, which he says “has been challenged by the increasingly radical and antidemocratic Republican Party. Honest coverage of political news often seems anti-GOP.”

This is the arrogance of the liberal media. Any attempt at “honest reporting” trashes all Republicans as “radical and antidemocratic.” So “honesty” is defined as the opposite of “bothsidesism.” Honesty requires keeping the “antidemocratic” radicals off the Jan. 6 committee and off all the respectable TV interview shows. Earth to Perry: The liberal media distorts the national discourse by barely featuring Republicans who aren’t as anti-Trump as Reps. Liz Cheney and Adam Kinzinger.

Imagine that. The Washington Post crowd posits that “democracy” requires positioning the conservatives “in darkness.”

Bacon offered more delusions in this column, as in Biden’s flawed approach has been “reducing partisanship in Washington.” Biden runs around insisting Republicans are an extreme “MAGA crowd” pushing “Jim Crow 2.0,” and that’s too bipartisan? But Bacon and his fellow lefties think Republicans should be routinely smashed and trashed, and not treated with any respect.

He explicitly demands more bias: “Yes, I am calling for the media to cover Biden more positively. Not in the sense of declaring Biden a better man than Trump (though that is obviously true).” They should “actually cover America’s problems and whether Biden is solving them — or at least has better policies than the Republicans. That’s the kind of journalism we need.”

We “need” journalism that throbs with anti-Republican energy.

Recent surveys of public trust in the media are showing all-time lows, but inside the media, all the demands are to speak more aggressively on behalf of Democrats and the left. Double down and drink deeply to defeat the hangover, says Dr. Perry Bacon.