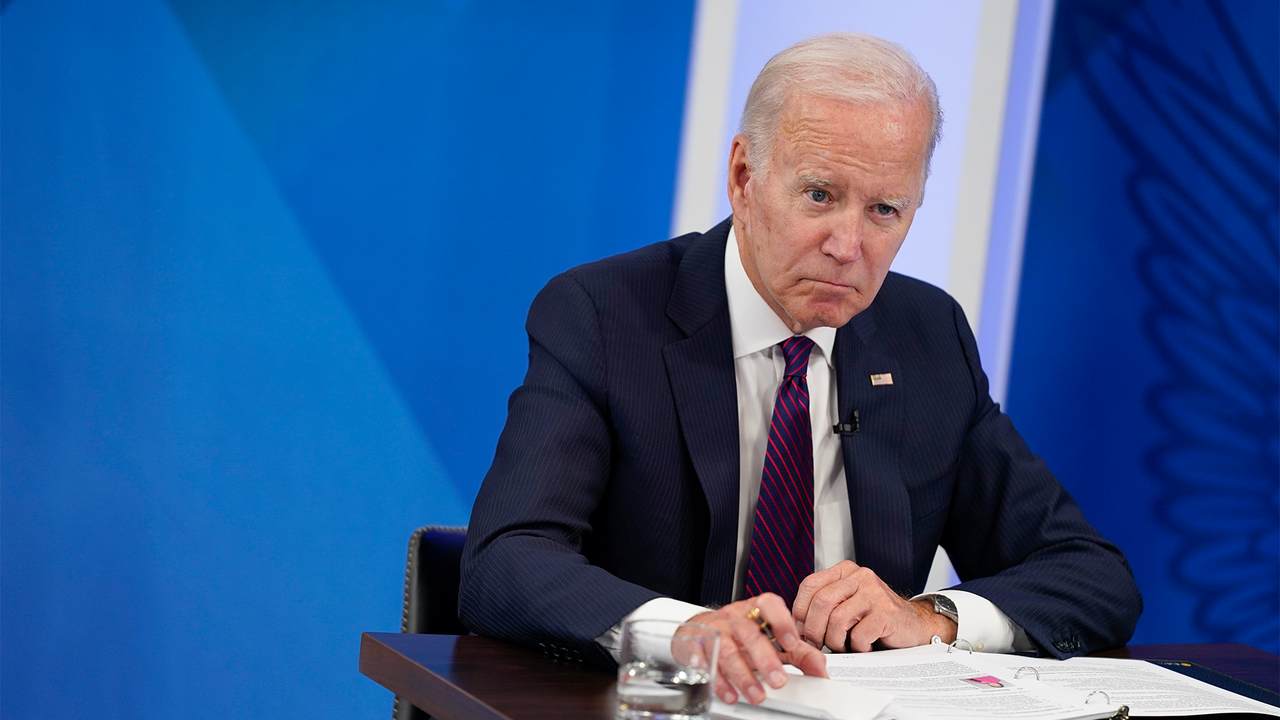 Depending on who currently rules, the idea of a national divorce tends to be generally amenable to one side of the political aisle and completely unacceptable to another. During the Trump administration, some on the left openly talked about California and other states seceding from the union. Now, with leftist Democrats in charge and actively running what’s left of the country into the ground, some liberty-loving folks are openly talking about red states declaring their own independence from the ongoing disaster that is the federal government.

Consequently, the term “national divorce” trends from time to time on Twitter, especially when President Biden is doing something particularly disastrous. Opponents of the idea range from patriotic conservatives with a sentimental attachment to the United States everyone over the age of 40 learned about in elementary school to power-hungry leftists who, frankly, just want to rule over their political opponents, even if it means sending them to the gulag. The concept of self-determination is sadly anathema to communists whose goal has always been to conquer. Truth be told, they’d probably sooner see us dead than out from under their control.

As a libertarian-leaning constitutional conservative who grew up being taught about American history by people who actually loved America, it took a lot of introspection to disabuse myself of the idea that “from sea to shining sea” isn’t written in stone from on high. I don’t like the idea of having to “give up” California or the New England states or any other hard-won part of this great country. It feels inherently wrong to the old-school patriot in me. However, while the idea of manifest destiny certainly helped build this nation into what it became, when the forces holding it all together more resemble an empire rather than a freedom-centric constitutional republic, it could be time for a rethink.

Now, when I see President Biden on an international stage, I don’t feel any sense of pride that this person is representing me and my compatriots to the world. Sure, there’s the embarrassment we all share because we’re looking at someone barely more functional than a walking corpse, but there’s also the sense that the people actually running that walking corpse – and any other Democrat who happens to be in that role going forward – want us and anyone who thinks like us silent, destitute, and even dead. So no, I don’t feel the same sense of patriotism I felt under Reagan growing up, or Trump, or even under Bush II or Clinton. Nor would I ever encourage my children to join the military or once-great institutions like the FBI or CIA. The hard truth is the America I grew up with is gone forever, at least in its current geographic form, and it’s never coming back.

At this point in history, it’s becoming increasingly clear that the ruling class of this country not only genuinely hates ordinary working people, but is actively working to make their lives worse. Our ruling class, the people who control the media, the institutions, the healthcare system, and make most political decisions on a national scale, are in favor of mutilating children, abortion right up to birth, obliterating the nuclear family, confiscating guns, and bringing society back to the Stone Age to serve their anti-human agenda. They are soulless ghouls hellbent on bringing hell to earth. How can we possibly share a country with monsters like this?

The answer, of course, is that absent some form of extreme federalism (which could emerge) or the unlikely continuance of the bread and circuses prosperity we’ve enjoyed for decades, sharing a country with such people is unsustainable in the long run. America isn’t, after all, merely a hunk of land. It is and has always been its people. And when a significant percentage of the people we are forced to share a country with become completely unattached from the ideas that founded this country in the first place, a peaceful national divorce just might be the only way to actually preserve the peace.

How would it work? That’s an ongoing and fascinating question with a range of possible answers. There are certainly leftists in red areas and conservatives in blue ones, and even nuclear families have stark political differences yet manage to love and care for each other admirably. So no, I don’t know how the details would work themselves out, but I do know that the more choices that exist, the better chance freedom’s light has to shine through. In that context, just as almost 200 countries in the world are better than a single global government, even fifty separate friendly countries agreeing to perhaps a mutual defense pact would be far preferable to one American empire. Don’t see it ever coming? I’ll bet plenty of old Soviets said the exact same thing.

Should a battered wife be told she has to stay with an abusive husband because of tradition or sentimentality or loyalty alone? Would the moral position be to force her to stay with him even if the actual law said otherwise? Critics will draw from the 1860s to say this issue is settled and try to accuse adherents of wanting to reinstitute slavery, or something, when in fact it’s quite the opposite. Today’s move for some sort of national divorce has absolutely nothing to do with bondage or any other form of tyranny, but rather freedom and self-determination for those who want to control their own lives and destinies. The sooner it happens, the better.