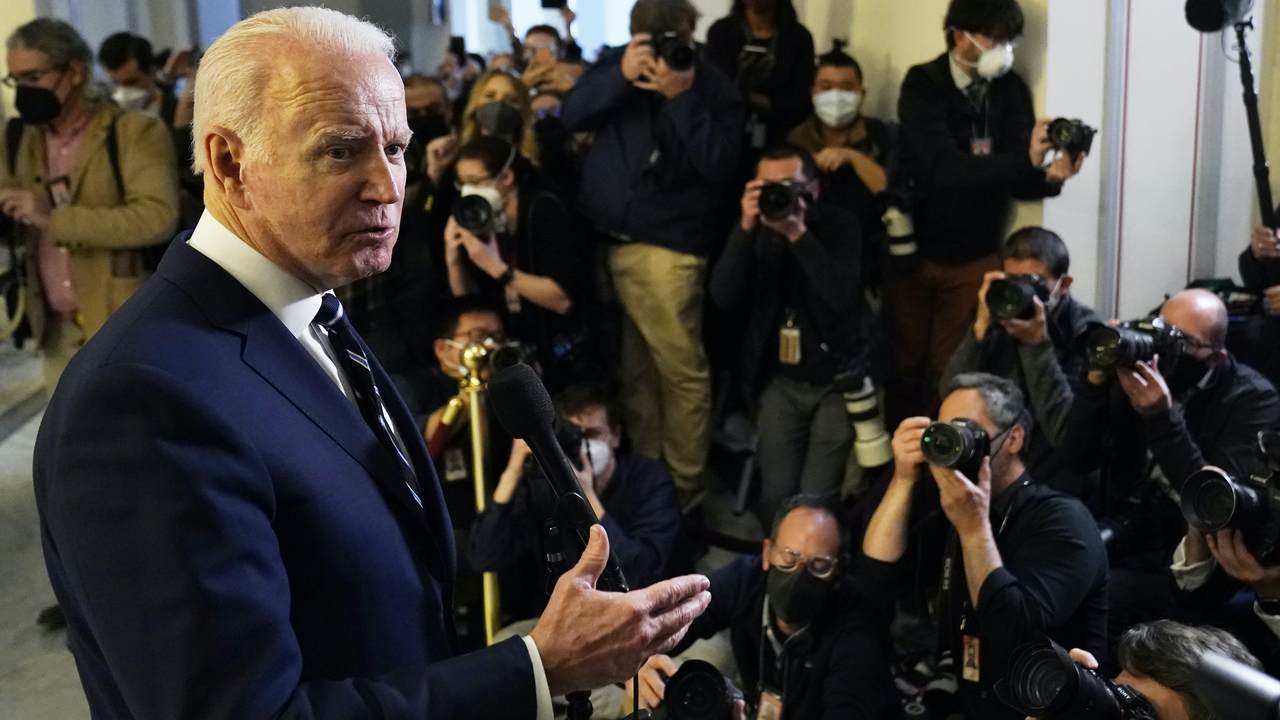 Community organizer and left-wing social activist Saul Alinsky wrote, in his 1971 book “Rules for Radicals,” that “he who controls the language controls the masses.” Alinsky, whose work profoundly influenced at least one notable fellow Chicagoan, Barack Obama, was in that quip channeling George Orwell’s famous dystopian novel, “1984.” “Newspeak,” the language of Orwell’s fictional single-political party superstate, was a tool devised for monitoring the people’s communications, prosecuting “thoughtcrimes,” and ultimately controlling and dictating the people’s very beliefs.

Conservatives have taken pleasure in poking fun at the modern Left’s “Orwellian” tendencies — perhaps too much, actually, as overuse of the accusation has had the effect of limiting its potency. But as the woke ideology metastasizes within the American Left like the cancer it is, and as censors increasingly clamp down on anything sniffing of dissent to the regime’s orthodoxy, it is now clear that we are in a new age of Orwellianism. In this new age, the regime and its enforcers pursue the suffusion of its orthodoxy at any cost, gaslighting dissenters into not believing their own lying eyes.

This week, new governmental data revealed that the American economy, measured by gross domestic product, contracted for the second straight quarter. That was, up until perhaps a week ago, the universally accepted definition of what constitutes a “recession.” This was not a partisan issue; indeed, well-known liberal, Democratic Party economists have frequently defined recession in precisely these terms. Back in 2008, President Joe Biden’s current National Economic Council director, Brian Deese, stated: “Of course economists have a technical definition of recession, which is two consecutive quarters of negative growth.” And in 2019, top Biden economic adviser Jared Bernstein said that a “recession” is “defined as two consecutive quarters of declining growth.”

Democrats are now singing a different tune. White House press secretary Karine Jean-Pierre has stubbornly refused to concede that America is now in an economic recession. Deese apparently also disagrees with his old self of 2008: Following the release of the data evincing the second straight quarter of economic contraction, Deese stipulated that we are “certainly in a transition,” but also added that “virtually nothing signals that this period … is recessionary.” The ruse is transparent and obvious to the point of comedy. As famed investor David Sacks tweeted: “A lot of people are wondering about the definition of recession. A recession is defined as two consecutive quarters of negative GDP growth if a Republican is president. The definition is far more complicated and unknowable if a Democrat is president.”

Democrats similarly seem interested in changing the definition of “inflation,” which currently sits at four-decade highs and is disproportionately responsible for Biden’s dismal job approval ratings and Democrats’ unfavorable political outlook this fall. The widely accepted economic definition of inflation is when there is too much money chasing too few goods. The way to tamp down inflation is thus to limit the money supply and/or increase the production of goods.

Just this week, around the same time as when the U.S. formally entered a recession, Senate Majority Leader Chuck Schumer (D-NY) and Sen. Joe Manchin (D-WV) finally reached an agreement on a version of the White House’s long-sought after Build Back Better domestic initiative. But Democrats renamed the bill: It is now not called Build Back Better but the Inflation Reduction Act. And the revised bill includes new government expenditures to the tune of nearly $400 billion in energy- and climate-related spending. Authorizing such a fiscal boondoggle is the precise opposite of limiting the money supply. It is the logical equivalent of trying to put out a fire with a blowtorch.

Remarkably, it is the same ideologues who are eager to change the well-accepted definitions of “recession” and “inflation” who remain perplexed as to what exactly a “woman” is. In March, then-Judge Ketanji Brown Jackson, during her Senate Judiciary Committee confirmation hearing to replace the retiring Justice Stephen Breyer on the Supreme Court, pointedly refused to define what a “woman” is. Her excuse was that she is “not a biologist.” Related, in Matt Walsh’s excellent new documentary, “What Is a Woman?,” the myriad “gender studies” professors and gender ideology-bewitched “doctors” interviewed by Walsh invariably define a “woman,” in circular fashion, as being “someone who identifies as a woman.”

Whether it is a Supreme Court justice herself or the vogue flatulence that now constitutes “gender studies” in the American academy, then, the Left is incapable of defining what a “woman” is. That confusion appears to be ubiquitous: Lia Thomas, the biological man who has been wreaking havoc in women’s collegiate swimming, was even nominated for the 2022 NCAA Woman of the Year award. Alinsky would be proud of such an imperious enforcement of regime-approved orthodoxy; “he who controls the language controls the masses,” after all.

The Left’s fundamental problem is that its haughtiness, fervor and zeal for gaslighting us sane Americans is belied by its unpopularity. It is curious that the Left can talk and act this way when its most notable avatar, Biden, is as severely unpopular as he currently is. Perhaps the Left will be chastened by its impending November defeats at the ballot box. But don’t bet on it.