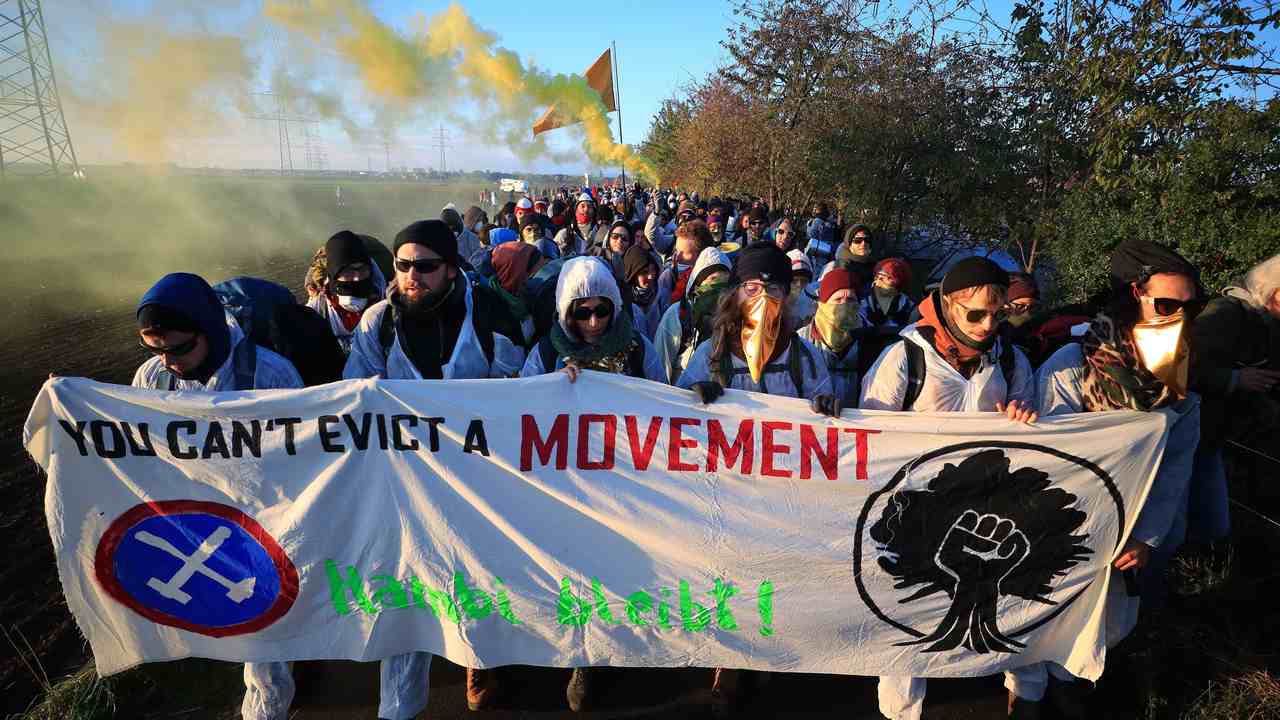 With citizens across the country understandably focused on increased rates of urban violent crime, and with local and state law enforcement agencies suffering under manpower shortages, another crime headache could not come at a worse time. This is, however, what law enforcement may be facing in the coming months; and in fact, already is facing in Atlanta, Georgia – the resurgence of eco-terrorism.

Just outside the bustling downtown environs of Atlanta, in a still-heavily wooded area known as “Intrenchment Creek Park,” a group of anarchists, environmental extremists, and anti-police activists have declared war on the construction of a new and desperately needed police training facility for the Atlanta Police Department.

Breaking with the largely non-violent measures employed in recent years by environmental absolutists, this new generation of “forest defenders” has returned to the violent tactics that characterized the movement decades ago and saw multi-million dollar arson campaigns from Oregon to Colorado and beyond.

While the overarching goal of these environmental extremists is claimed to be reducing the “threats” to the environment causing global warming, the group in Atlanta has updated and expanded that mission statement.

In a new wrinkle on the environmental focus of these “green defenders,” the still-loose “movement” that has reared its head in Atlanta, claims as part of its mission protecting minority and native American communities against harm allegedly caused by law enforcement and by commercial development (in this case, the construction of a new movie studio in the same area as the police training center).

The tactics of these post-2020 anti-police activists, however, are well-known to law enforcement officials who have followed the trail of burned buildings and vehicles dating back to the destruction of a ski resort development in Vail, Colorado in 1998 by a group known as the “Earth Liberation Front” or “ELF.” These tactics include torching police and construction company vehicles, throwing Molotov Cocktails at police and other personnel attempting to effect arrests, and guerrilla actions using everything from bricks to firearms.

These new eco-terrorists also have vandalized construction companies’ offices in a number of cities, including in the Atlanta area; and in moves eerily reminiscent of the manner by which pro-abortion groups recently targeted the homes of disfavored Supreme Court justices, they have publicized the names and addresses of executives of those companies, and even harassed them at churches they attend.

Recent arrests at the Atlanta police training site show clearly that perpetrators are being recruited from cities across the country, and include individuals apparently involved in other environmental campaigns such as targeting the Dakota Access pipeline in 2016. The wide-ranging recruitment base of the extremists has brought federal law enforcement into the picture, with both the FBI and ATF now involved in the expanding investigations, although only to a limited degree for the time being.

The resurgence of eco-terrorism also has drawn the attention of the Congress, although as with virtually every action or suggested action by a member of Congress from one Party, the move will immediately be discounted and belittled by those across the aisle. This was the case last Fall when a group of House GOP members moved to formalize and expand the work against violent eco-extremist groups by the FBI. The Republicans cited public comments in prominent New York magazine interviews by one of the longtime leaders of the eco-extremists, Andreas Malm, who brazenly called on his followers to “move away from .   .  .  polite [and] peaceful civil disobedience” to “intelligent sabotage.”

Even in the face of these new threats and actual violent campaigns by environmental extremists, the problem remains largely under the national radar, with law enforcement at all levels having its hands full with spikes in urban violence in major cities from coast-to-coast, even as their departments face heavy criticism from minority communities.

History has shown, however, that allowing such violence to go unaddressed will only increase the organizational underpinnings of the movement, as well as the incidence and scope of the violence.