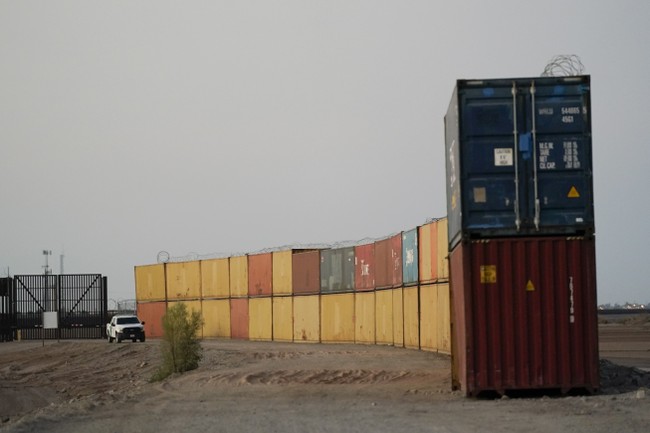 Cliché time: “America is a nation of immigrants.” Cliché or not, it’s historically true. From all indications, God didn’t put the Garden of Eden in North America. Or, for you Darwinists, the primeval outhouse basement we slithered out of was in Africa, or someplace over there. Maybe China. Be that as it may, the ancestors of everybody living on the North American continent today came from someplace else. Even “Native Americans” are not “native”; they probably migrated from east Asia. We can more accurately call them the “earliest” Americans. So, everyone here now is an “immigrant,” at least ancestrally.

We all know our southern border is wide open. Even Alejandro Mayorkas knows it; he just lies about it because he is a Democrat and Democrats are constitutionally incapable of telling the truth. Well, Kamala may not be sure because, as a “Border Czar,” she never goes there. But all that is irrelevant to my point.

What interests me is the fact that millions of people still want to come to the United States, risk life and limb, and give up their homes and just about everything else to get across our border. Why?

To compare: there are millions and millions of destitute people in Asia, but nobody is trying to get into China (except a few dumb Americans like me. But I did learn better.) No “refugees” are sneaking illegally across the border into that country, “looking for a better life.” Of course, they know they would never get in, or that they would disappear forever when they were caught. China has sense enough to protect its borders. But nobody longs to go there anyway. Who wants to live in that (Donald Trump epithet) country?

People are risking all to come to America because, rightly or wrongly now, the United States is still viewed as the land of freedom, justice, hope, opportunity, and a chance indeed for a better life. (Admittedly, some are attracted by the promise of free government handouts. But I do believe many sincerely still believe in the “American dream.”) That dream is why, in the last few hundred years, people came here in the first place, and it is why many still want to come. Even illegally. They will hazard anything for the chance to live in America. I kinda admire them for that, though they need to obey our laws and enter legally. We need to protect the border against the criminal element we don’t want. But so many in the world desire what you and I have had for generations, what most Americans no longer appreciate, and what their own home countries have refused to provide them. And you can’t fault them for that. They could—maybe should—stay home and fight, but frankly, that doesn’t work very often, especially when the bad guys own all the guns. Fair or foul, it’s just easier to run. But if they are going to come, we should insist they enter legally. We will all welcome them if they do. We’d be hypocrites otherwise.

The Democratic Party, as in nearly everything in America today, is the problem. There is an interesting conundrum in their border philosophy. According to Democrats, America today is a country of racism, sexism, homophobia, transphobia, white supremacy, slavery, economic inequality, and misery—almost every evil one can imagine. When was the last time you heard ANY Democrat say ANYTHING good about America? Thus, why would anybody want to immigrate to the United States? And yet, the Democrats open the borders to let anyone who wishes to come into this racist, sexist, oppressive, etc. country. Not very nice to welcome people into a sewer. Why would they encourage anyone to come to this odious place? I guess it’s the “replacement” theory. Americans (especially white conservatives) are bad, foreigners good, so flush the “bad” and restock the country with the “good.” The “good” who will vote for Democrats, of course. To the Left, EVERYTHING is about power. Martha’s Vineyard proved they couldn’t care less about “brown” people.

But the Democrats’ entire leftist agenda will ultimately destroy their open border policy. We won’t have to worry about insecure borders much longer because Biden and the Democrats are, as rapidly as they can, turning America into the very thing the illegal aliens are running from—crime-ridden streets, political oppression, inflation, socialism, economic misery, lack of free speech, moral nihilism. It’s Leftism those people are fleeing! So, soon people from Venezuela will have no reason to come to America because Democrats are hell-bent on turning this country into a second Venezuela. Nobody escapes another country to go to Venezuela. Or China. Soon, they won’t want to come to America either. Let the whole world be Venezuela and we can all be miserable. That’s called “socialism” and “globalism.” Equity. And it is the Democratic Party’s “American dream.”

So, according to Democrats, nobody SHOULD want to come here now because of the racist, sexist, fascist nature of the country, and soon, nobody WILL want to come because who wants to live in Venezuela? Their first premise (America is racist, sexist, etc.) is demonstrably false; foreigners know it, and that is why they still try to get here. The second idea, turning America into a second Venezuela, will, surely, eventually secure the border because nobody will risk life and limb to flee to what they are fleeing from. It’s a strange way to protect the border, but it might work.