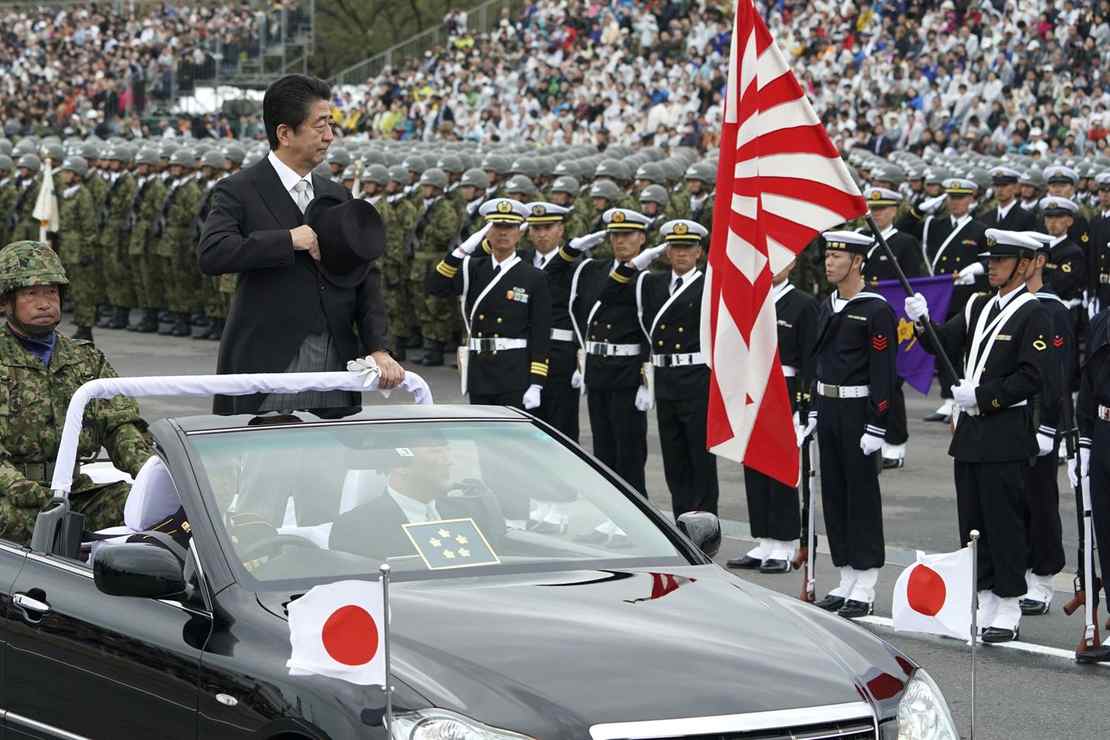 Former Japanese Prime Minister Shinzo Abe was shot in Nara City Friday morning while making a stump speech preceding this weekend’s upper house election, which is set for Sunday, July 10. One hundred twenty-five seats are up for grabs.

Here are some of the main issues.

As a global economic slowdown affects Japan’s already slow economic recovery, the ruling party of Prime Minister Fumio Kishida is expected to make gains that will enable his government to move forward on key issues, including ramping up Japan’s military defenses to play a greater role in Asia, tackling inflation, and restarting nuclear reactors that have been shut down since the disaster at Fukushima.

Kishida is the successor to former Prime Minister Shinzo Abe.

During a February 2022 television appearance, Abe “floated the possibility of hosting U.S. nuclear weapons in Japan” and said that the United States needed to “abandon this ambiguity strategy” regarding Taiwan.

The people of Taiwan share our universal values, so I think the U.S. should firmly abandon its ambiguity,” he said.

There is also mention in the Japanese press of reconsidering Article 9 of the Constitution put into place by the US after World War II renouncing war in light of increasing regional tensions in Asia. This is a very big deal to the Japanese and to other nations in Asia, many of whom, including China, have not forgotten the legacy of the 500 years of Imperial Japan that led to the imposition of Article 9 on the island nation.

Domestically, the most passionate domestic issue in the election is inflation. The Japanese have lived with a long period of flat ages. This makes voters highly sensitive to how global price increases in commodities cut painfully into their ability to afford necessities. The problem is exacerbated by the COVID-19 pandemic, which continues to produce cases in the country and stifle the re-opening of the economy.

Kishida’s government hopes to have a stronger hand to implement subsidies to oil and other industries to help ease consumer prices. The policy is controversial because it requires the government to go into debt financing programs using bonds. A key economic decision that will happen after the election is the selection of a new governor of the Bank of Japan, which will set the fiscal policy agenda of the country as it seeks to stem inflation.

On Main Street Japan, among disgruntled Japanese citizens, angry farmers are emerging as a vocal constituency. Japanese farmers have relied on imports such as grain to feed their livestock. The cost of feed corn has gone up and farmers are substituting rice to feed their cattle. As the global supply chain and inflationary cost issues have made the economics of farming more difficult, their passion has seen increased news coverage in Japan.

The final big political issue in the election is the question of nuclear power. Japan is heavily dependent on liquified petroleum gas (LPG) for energy production, another commodity fast becoming expensive on the world market. Only 10 of Japan’s 54 nuclear power facilities have been in operation since the Fukushima incident, and the question of the need for affordable electricity versus the reluctance to re-engage the nuclear genie is very much part of the upcoming election’s debate.