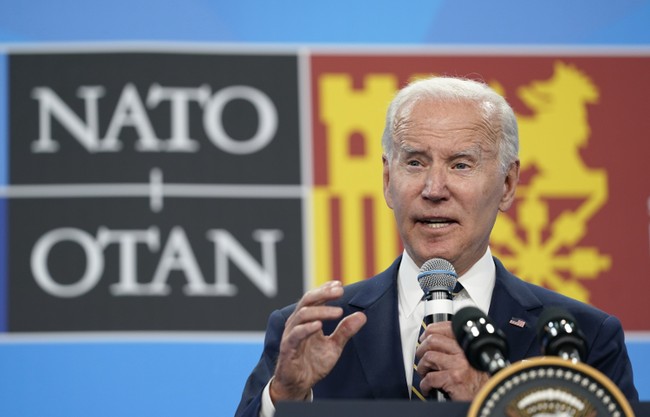 Just before the battle of Manassas, Confederate Secretary of War LeRoy Pope Walker famously claimed that he would be able to wipe up the blood spilled with his pocket-handkerchief.

No one could have predicted that when the United States first sent advisors and military aid to South Viet Nam that it would lead to such a long and expensive (in both blood and treasure) war. A war that ended with an American withdrawal and a Communist victory. But that’s what happened.

Much the same can be said of our vain attempts to save Afghanistan from a virulent strain of militant Islam.

History is replete with political and military miscalculations. The tragic costs of those mistakes are borne by ordinary people, especially by the young. Before we dive deeper into the boiling waters of the conflict between Ukraine and its Russian cousins, some tough questions need to be asked.

The first and perhaps most uncomfortable question is why? Why did Putin decide to advance diplomatic and political ends by military means? The smart guys in this administration (the ones still advancing the lie of Russian collusion) claim that Putin is just an evil warmonger. Maybe. But stupid he is not. Could it be that he meant it when he said that he would never allow Ukraine to join NATO and have American missiles positioned 100 miles from Moscow? Someone should be asking what our courting of Ukrainian membership into NATO contributed to the commencement of hostilities. Was that such a good idea?

Why are Americans being asked to foot the lion’s share of the costs for this proxy war? What of our European allies? This is in their neighborhood after all. Remember the ones who, after much gnashing of teeth, promised to pay their share for their defense? Their contributions are so far…pathetic. According to a report in the Telegraph, shortly after Russia launched the invasion German Chancellor Olaf Scholz pledged an extra €100 Billion to bolster the German military, opening a “new era” in which they would do “whatever necessary” to defend NATO’s borders. At this writing, NONE of that money has been appropriated. All while our President is eager to throw another $30+ Billion (that we don’t have) into the fire. Are we saps? Does anyone believe we will ever get an accounting of where our grandchildren’s money went? The gas company that bought protection from the Biden family isn’t the only corrupt enterprise in Ukraine.

Why are we underwriting a war that is killing so many on both sides and destroying Ukraine? Is it so that Zelinski can join NATO and be invited to strut at swank events like Davos? Who will bear the burden of rebuilding the country? If you don’t know the answer to that one you may stop reading.

Another question that almost no one has asked is, what is the end game? Do our pompous Pentagon patriarchs believe that Ukraine can defeat Russia? Remember their hollow promises of progress in Afghanistan? Their track record of over-promising is there for all to see.

To hopefully prevent an escalation, the rules of engagement guarantee that all fighting and destruction will occur on Ukrainian soil. That sounds like a limited war doesn’t it? Our experience with limited wars isn’t good. The brave young Ukrainians have heroically fought the Russians to a standstill thus far. Will the Russians turn tail or simply pull back to regroup and launch an even more aggressive offensive? Remember Hitler thought he had the Russians by the tail with a downhill pull. It didn’t end well.

What if a desperate Putin decides to escalate and make strikes on Poland and other countries providing military aid? What is our contingency plan if the Russians begin to wear down the Ukrainians and are marching on to Kyiv? Or, what if the Chinese, seeing that we are otherwise distracted and running low on high-tech weapons, decide to move on to Taiwan? What then?

A wounded bear is far more dangerous than a healthy one. Longer term, do we want to push the Russians into a closer alliance with China and Iran? How does that benefit our security interests?

These are difficult and uncomfortable questions. But they need to be asked and answered by our policymakers. These matters deserve sober consideration before we wind up in a nuclear confrontation or commit to another long, bloody, and expensive limited war. Perhaps now is the perfect time for some back-channel negotiations. The worst thing that could happen is that they might fail. The sense is that both sides are growing war-weary. Americans are as well.