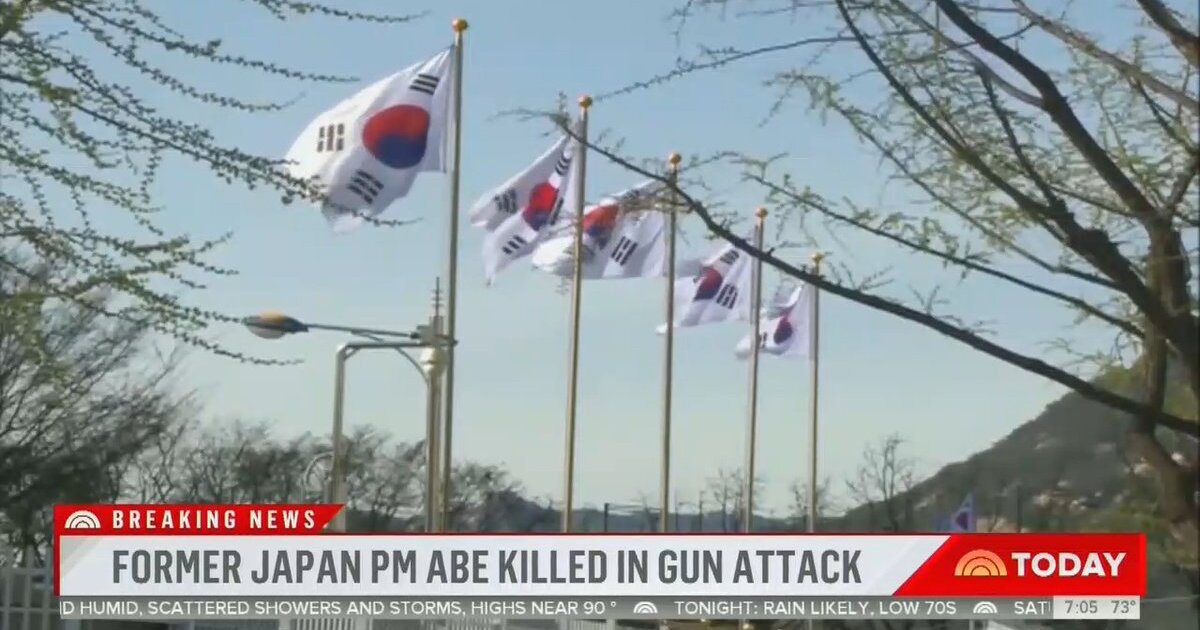 Social media was quick to point out the error.

Another user responded with a popular meme format poking fun at NBC.

Abe, 67, was shot in the city of Nara, Japan, at about 11 a.m. local time on Friday during a campaign event. He later died at Nara Medical University Hospital at 5:03 p.m. The firearm used in the assassination has been described as homemade.