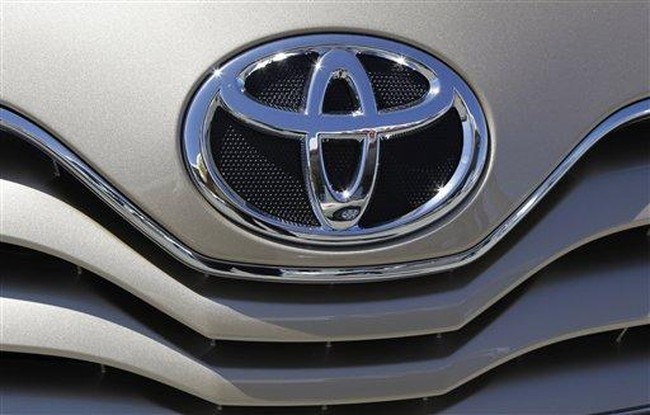 Developed nations are squabbling with lesser endowed small countries over what might be regarded as an international “social-justice” shake-down. Billions in reparations are being demanded in compensation for the alleged effects of inclement weather said to be connected with human activities from the combustion of fossil fuels. And who would be standing close by to pick up the tab? Why, Uncle Sam, of course.

A pair of AP’s environmental reporters admonishes Toyota for tardiness in abandoning its successful Prius hybrid, in favor of the trendy all-electric vehicle.

The iconic Prius has already enjoyed considerable success in the US market (and elsewhere) since its introduction to North America two decades ago. And for the time-being at least, Toyota eschews any notion of going all-electric and abandoning its proven (and profitable) hybrid so beloved by many.

The just-unveiled 5th generation 2023 Prius leaves very little to apologize for stylistically in its sleek futuristic design, as viewed at the recent Tokyo auto show. But I avert my eyes when shown the price-tag.

Most observers know that hybrid automobiles have a dual propulsion system, consisting of an onboard battery-powered electric motor and a modestly rated gasoline engine that work together to deliver acceleration and cruising speeds. Hybrids recoup electrical energy during braking by recharging their batteries, thus contributing to improved fuel economy.  Die-hard critics of fossil fuel never were quite satisfied with the Prius. It did not go far enough toward their goal of a complete separation of the private mode of transportation from fossil fuels–in their jaundiced view.

A spokesman from Green Peace, quoted by the AP, registered his displeasure after Toyota unveiled its redesigned Prius hybrid , as noted in the item.

But just for once let’s cut Toyota some slack. It pioneered the resurgence of the electric motor, again playing its part in a competitive propulsion system in the field of modern-day private transportation. Electric motors had long ago fallen by the wayside since their heyday in the early 20th Century, when the stodgy black Baker electrics plied the urban streets of America at top speeds of 20 mpg.

Neither the AP reporters responsible for the piece below, nor the Green Peace spokesman are particularly well qualified to critique Toyota on the merits or demerits of the iconic Prius.” The task is more properly delegated to reviewers at Car and Driver Magazine.

Not withstanding what may be its minor flaws, the Prius, when first introduced to the US market performed with a high degree of excellence–right out of the box.

I can attest to the fact that that a Prius accelerates with the best conventional street-model vehicles, while at the same time delivers impressive fuel economy (particularly in city driving) for a mid-sized sedan.

Please, AP, don’t continue to feed us the canard that electric vehicles are a class of vehicles that do not pollute. The old chestnut is a bait-and-switch tactic, long since discredited, yet consistently reasserted in the mainstream media.

The electrical power for daily recharges must come from somewhere, and most of it ultimately comes from the remaining conventional fossil fuel (or nuclear) generating plants. The highly touted renewable wind and solar sources are not ready for prime time, and may never be.

As California staggers toward its self-inflicted goal of a 100% electric vehicle fleet by 2035, it soon will find itself entering the twilight zone of endlessly repeating daily blackouts.  By 2035 many politicians and advocates of renewable energy responsible for foisting the mal-conceived policy on residents of the Golden State will be moldering in their graves, oblivious to the criticism and consternation coming out of the dark from every direction.

The completion of a nationwide web of charging stations to accommodate electric vehicles should be the least of our concerns. Rather it is the devastating impact that the simultaneous recharging of millions of electricity-guzzling cars and trucks will have on an already overtaxed electrical grid. Popularly, but ever-so-erroneously thought to be reliable, wind and solar power will never be up to the task without back-up .

As the demand for more and more dispatchable electric power continues to grow to replace hydrocarbon fuels (gasoline and diesel) to power the vast transportation sector, the utility companies responsible for supplying the projected additional electrical demand find themselves in a bind. Coal-fired and nuclear plants are being de-commissioned by governmental fiat, while the so-called renewables:  wind and solar are expected to take their place. It will not happen that way.

For every wind farm and bank of solar collectors, there must be ready standby power in massive quantities collectively available at a moment’s notice to cover for the fickle, fluctuating output from wind generators or solar collectors that operate at the whim of nature. It is no small task for engineers to balance the load on the power grids in response to ever-changing demand and the uncertain output delivered by wind generators or solar cells, on a minute-to-minute basis. When the demand exceeds the available allocated number of kilowatts, a brownout is likely to occur. Operators sensing that possibility are forced to trim supply and ration power to customers—as an equipment damaging brownout or a temporary blackout is otherwise likely to occur.

Yes, Tesla owners won’t all be recharging at once. But several million of them, each hooked up to one of Elon Musk’s soon-arriving convenient recharging stations for their half-hour turn, will draw down the voltage on the high-tension lines above like nobody’s business.