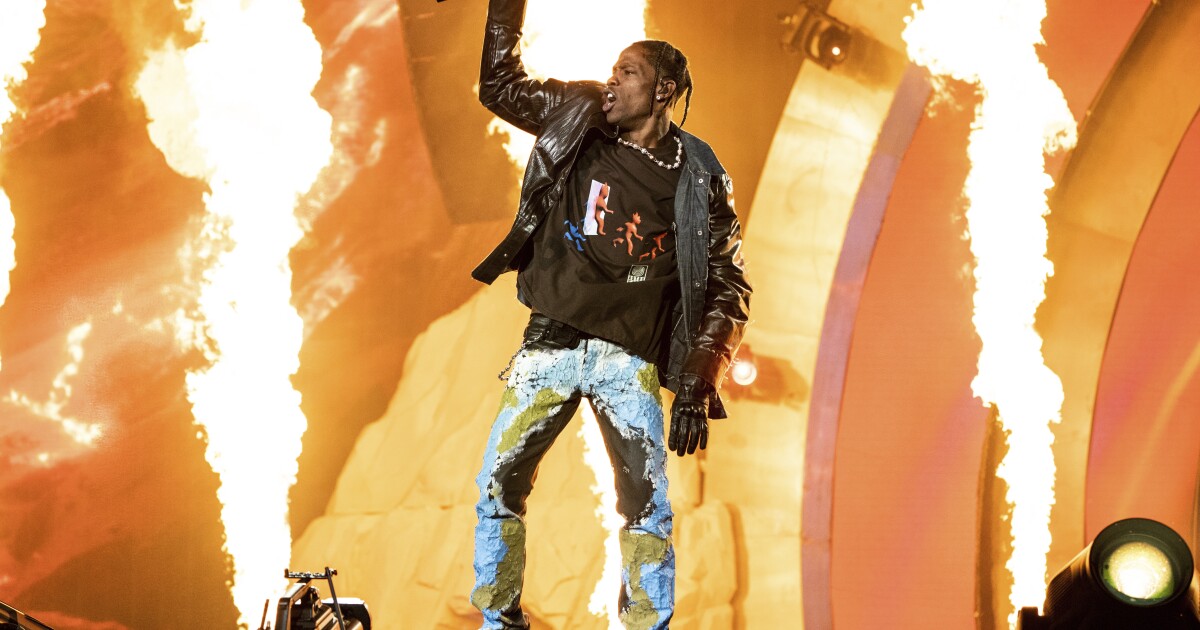 Rapper Travis Scott halted his concert Monday night, less than a year after the Astroworld tragedy, to demand fans who had scaled a lighting truss to climb down out of concern for their safety.

Scott was performing at Coney Art Walls with Meek Mill when the incident took place, and the fans, including one donning a Spider-Man costume, ultimately capitulated and came down, video obtained by TMZ showed.

“Travis is committed to doing his part to ensure events are as safe as possible so that fans can have fun, and he encouraged fans to listen to requests from security and climb down from the lighting structures so that everyone would be able to safely enjoy last night’s performance,” a spokesperson for Scott told the New York Post.

Scott continued the show after the fans came down from the truss. Last November, while performing on the first night of his Astroworld Festival in Houston, 10 people were killed and at least 25 were hospitalized in a crowd crush. Roughly 300 individuals reported some form of injury.

All 10 deaths were ruled accidental compressive asphyxiation, and one of those deaths was also linked to drugs and alcohol, according to officials. Scott is facing multiple lawsuits over the incident, with some victims’ families arguing he should have stopped the show.

Scott maintained that he was unaware of the hazardous conditions in the Astroworld concert. He also pledged to foot the bill for funeral arrangements for the victims of the crowd crush. Scott has since announced $5 million in initiatives to help children through his Project Heal.

Recently, Scott’s planned performance at the Day N Vegas festival in Nevada was canceled due to “a combination of logistics, timing, and production issues,” Complex reported. That event would have been his first major headlining festival performance in the United States since Astroworld last year.

Scott is slated to head to London in the O2 arena in August for one of his biggest performances since Astroworld and recently added a second date for the event due to fan interest, the same report said.