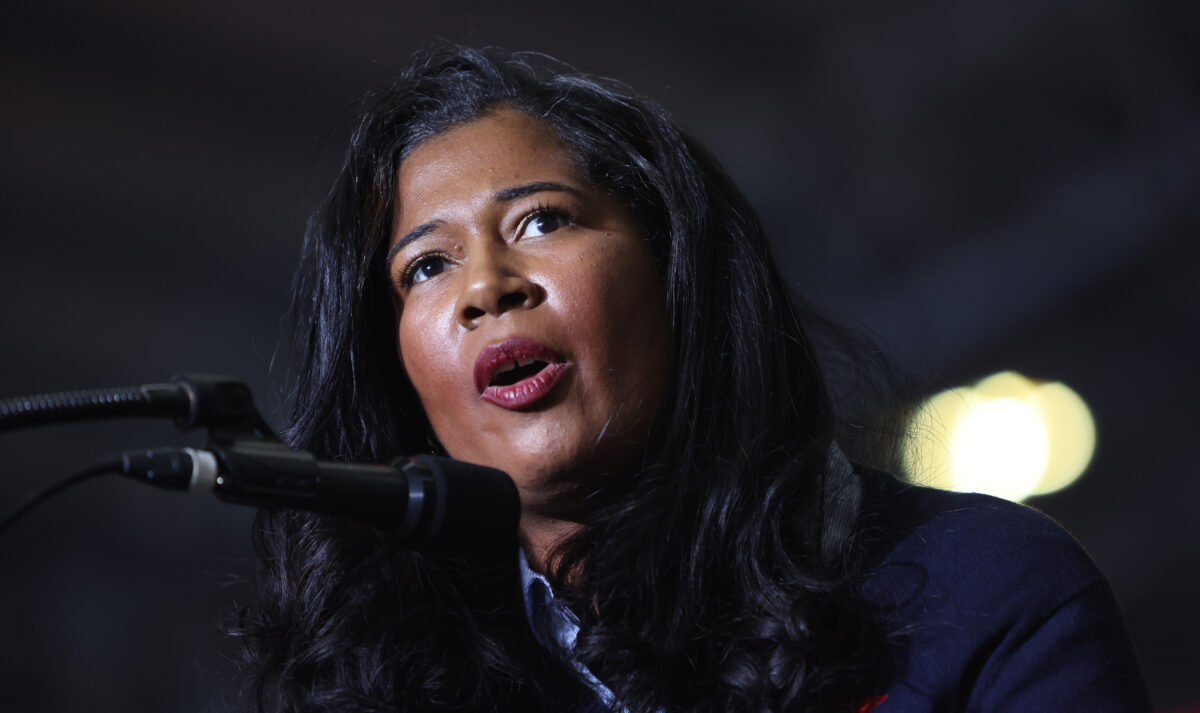 Kristina Karamo, the GOP candidate for Michigan’s secretary of state, has warned voters that a disarmingly worded ballot proposal to amend the elections section of the state Constitution is really a poison pill.

At an Aug. 10 press conference in suburban Detroit, Karamo outlined the provisions of what she believes to be a cynical ruse to deceive voters into thinking they are voting for more secure elections, when, she says, the opposite is true.

Karamo told reporters that, if adopted by voters in the November midterm election, the liberal-PAC backed “Promote the Vote” initiative would constitutionally mandate the use of absentee ballot drop boxes in every community in the state.

According to the proposal, drop boxes must be accessible 24 hours per day from 40 days prior to the election until 8 p.m. on election day.

To illustrate the potential for fraud, Karamo played a short video of a woman who, in broad daylight, was about to deposit a stack of absentee ballots into a drop box.

She suddenly noticed that the outside of the envelopes hadn’t been signed, as required by law.

The woman then got into the passenger-side front seat of a waiting car and proceeded to sign each envelope herself on the dashboard, before dropping them into the box.

“That was not an isolated incident in 2020,” Karamo stated.

It is illegal in Michigan for anyone but a small statutorily designated list of persons to have custody of someone else’s absentee ballot.

The “Promote the Vote” proposal would also amend the state constitution to permit municipalities holding elections to accept and use “publicly-disclosed charitable donations and in-kind contributions to conduct and administer elections.”

According to Karamo, private funding of public elections could result in private donors acquiring undue influence over the election process.

“Promote the Vote” is the initiative of the Count MI Vote-linked non-profit “Voters Not Politicians,” which lists on its website the ACLU, Common Cause, League of Women Voters, Liberal Leadership League, LGBT Detroit, NAACP, the American Federation of Teachers, and others as its partners.

According to the Michigan Campaign Finance Network, one of “Voters Not Politicians” main dark-money sources through 2018 has been the left-leaning 501(c)(4) Sixteen Thirty Fund, headed by former Bill Clinton aide Eric Kessler under investment strategy firm Arabella Advisors, which has built a name for itself as “the indisputable heavyweight of Democratic dark money.”

Another proposed change by “Promote the Vote” for the state constitution would effectively do away with the present voter photo ID requirement and the requirement for those without ID to vote on a provisional ballot.

Under Michigan law, a person without photo ID can vote using a provisional ballot, which allows their vote to be counted given that they appear in person before an election official within six days of election day with an acceptable piece of identification.

The proposed constitutional amendment by “Promote the Vote” would make the signing by the voter of an affidavit attesting to his identity all the ID necessary.

The language reads, “A voter shall not be required to vote a provisional ballot solely because they executed an affidavit to prove their identity.”

Political consultant Jamie Roe provided this analysis to The Epoch Times in an email interview, “Promote the Vote states that their proposal requires voter ID. That is absolutely false.

“It states—flat out—that if you don’t have an ID, you can vote by simply signing an affidavit and you can vote immediately.

“If it is later found that the vote was fraudulent, it cannot be retrieved and is counted along with legal votes.”

Roe said that efforts to disregard or weaken the requirement for voter ID is “out of step with 80 percent of Michigan voters,” according to several statewide polls.

Another provision of the “Promote the Vote” ballot initiative would amend the Michigan Constitution to include the right of a person, once registered, to request an absent voter ballot be sent by mail before each election by submitting a single signed absent voter ballot application “covering all future elections.”

A voter may rescind his request in writing, or it may be stopped because he hasn’t voted for six consecutive years, has been disqualified to vote, or moved without updating his registration records.

The “Promote the Vote” amendment would also require state-funded postage for absentee ballot applications and ballots.

Additional days and hours of operation are permissible at the discretion of local election authorities.

The amendment allows a single early voting site to service more than one municipality within a county and up to six precincts per location.

“How are local election officials supposed to administer this? The more complicated the system is, the more potential to disenfranchise voters,” Karamo said.

She said government-funded postage will cost taxpayers a lot of money, and nine days of in-person early voting at sites located away from the main polling places that need to be staffed will be a strain on the budgets of local governments.

The “Promote the Vote” proposal also restricts the election audit process and liberalizes time restrictions for the mailing of absentee ballots by military personnel.

The “Promote the Vote” 2022 ballot initiative website doesn’t draw attention to any of these proposals. It only claims that the changes will, in its view, “enhance the integrity and security of our elections by modernizing how we administer elections to ensure every vote counts.”

Roe said that if voters are not fully informed about the perils to election integrity hidden in the “Promote the Vote” proposal, it will pass.

“If passed, Promote the Vote will constitutionally outlaw everything citizens’ groups around Michigan have been trying to do in election reform,” he said.