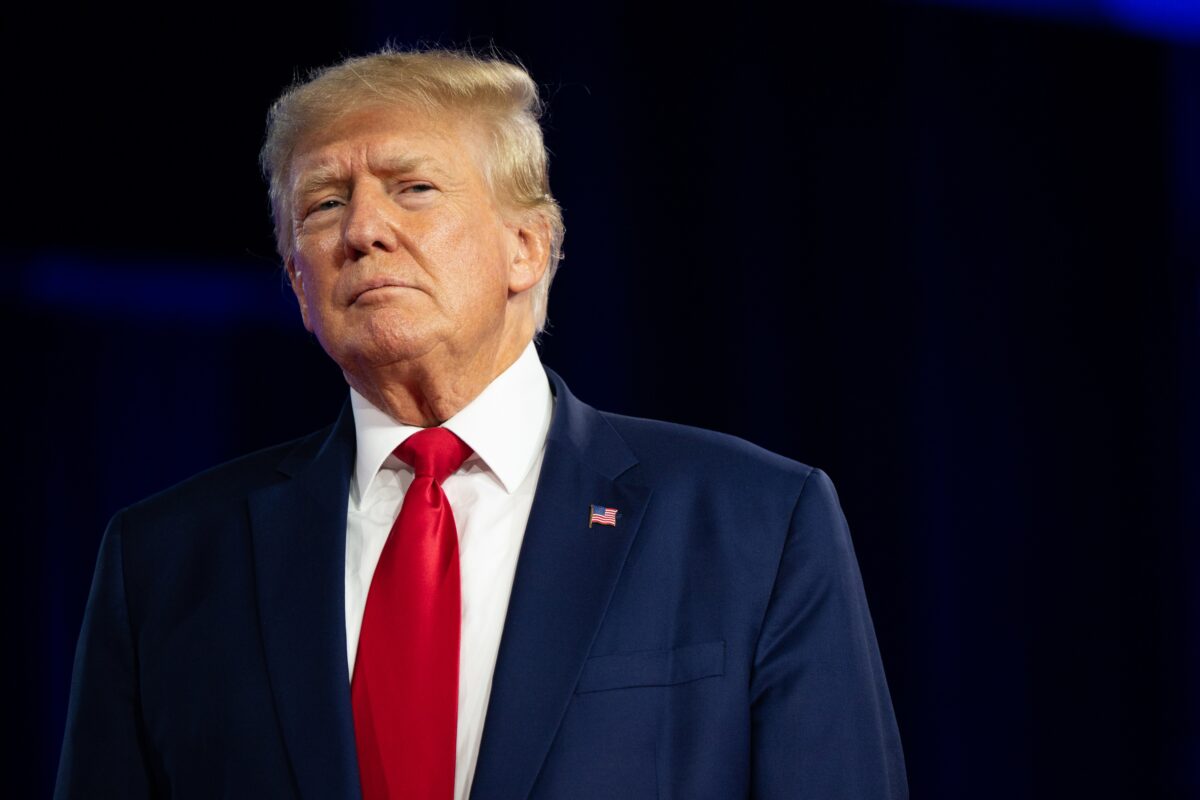 Former President Donald Trump has called for the immediate release of the unredacted affidavit that led to the approval of a search warrant at his Florida Mar-a-Lago home.

Trump took to his social media platform, Truth Social, late in the evening on Aug. 15 where he said releasing the affidavit would be in the interest of transparency.

“There is no way to justify the unannounced RAID of Mar-a-Lago, the home of the 45th President of the United States (who got more votes, by far, than any sitting President in the history of our Country!), by a very large number of gun-toting FBI Agents, and the Department of ‘Justice,’” Trump wrote on Truth Social. “But, in the interest of TRANSPARENCY, I call for the immediate release of the completely Unredacted Affidavit pertaining to this horrible and shocking BREAK-IN.”

The 45th President also called for the judge on the case to be recused from the case.

His call for the affidavit to be released comes after President Joe Biden’s administration on Aug. 15 asked a federal court to keep it shielded from the public, stating that releasing it would “irreparably harm the government’s ongoing criminal investigation.”

“If disclosed, the affidavit would serve as a roadmap to the government’s ongoing investigation, providing specific details about its direction and likely course, in a manner that is highly likely to compromise future investigative steps,” lawyers for the Justice Department wrote in a 13-page filing to U.S. Magistrate Judge Bruce Reinhart.

Judge Reinhart is overseeing the case and approved the search warrant on Aug. 5.

Investigation Integrity Needs To Be Protected

“Even when the public is already aware of the general nature of the investigation, revealing the specific contents of a search warrant affidavit could alter the investigation’s trajectory, reveal ongoing and future investigative efforts, and undermine agents’ ability to collect evidence or obtain truthful testimony,” the filing continues.

“The fact that this investigation implicates highly classified materials further underscores the need to protect the integrity of the investigation and exacerbates the potential for harm if information is disclosed to the public prematurely or improperly,” they added.

On Monday, Trump said the FBI took three of his passports during the raid of his Mar-a-Lago home, calling the move “an assault on a political opponent at a level never seen before in our Country,” in a post on Truth Social.

Ordinarily, passports would only be seized if investigators believe the individual to be a flight risk. Without a legal passport, Trump will be unable to travel outside the United States.

Meanwhile, a string of parties and media outlets have filed legal motions to have the underlying warrant affidavit and other materials relating to the search immediately disclosed to the public, arguing that doing so is in the public’s interest.

The government and Trump’s lawyers agreed to release some of the documents pertaining to the raid, and Judge Reinhart on Aug. 12 unsealed the FBI search warrant along with a property receipt; revealing that Trump may be under investigation for possible Espionage Act and obstruction of justice violations.

“Disclosure at this juncture of the affidavit supporting probable cause would, by contrast, cause significant and irreparable damage to this ongoing criminal investigation,” the filing added.

Lawyers for Trump have said that while he was president, he had the power to declassify the documents before leaving the White House.

Mike Davis, a former clerk for Supreme Court Justice Neil Gorsuch, has also said in an Aug. 12 interview with NTD that the documents seized by the FBI were already declassified under the president’s “inherent constitutional power.”