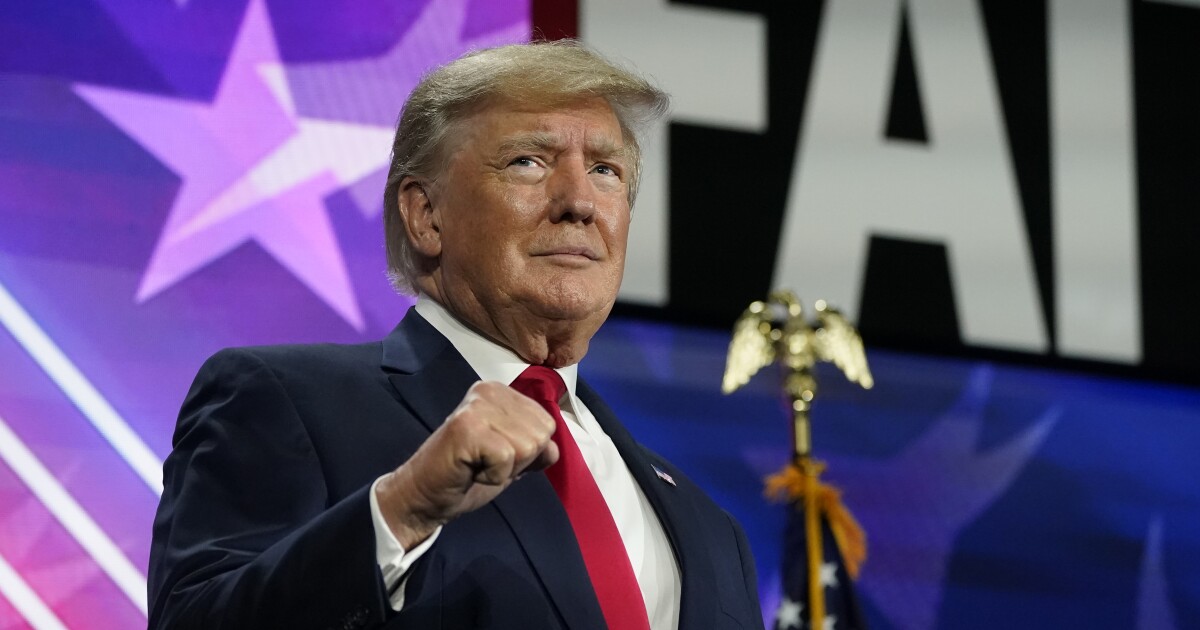 Former President Donald Trump called for the immediate release of the “completely unredacted” affidavit underlying the FBI raid of his Mar-a-Lago resort in Florida last week.

After the Department of Justice said it did not support releasing the affidavit, Trump claimed on his social media site Truth Social that the move is for the sake of “transparency,” and he called for Judge Bruce Reinhart, who is overseeing the case, to be recused.

“There is no way to justify the unannounced RAID of Mar-a-Lago, the home of the 45th President of the United States (who got more votes, by far, than any sitting President in the history of our Country!), by a very large number of gun toting FBI Agents, and the Department of ‘Justice,'” Trump wrote on the platform late Monday. “But, in the interest of TRANSPARENCY, I call for the immediate release of the completely Unredacted Affidavit pertaining to this horrible and shocking BREAK-IN.”

Reinhart did allow the release of the court-approved search warrant and an inventory from the Mar-a-Lago raid. The warrant authorized the FBI to seize from Trump’s Florida property “all physical documents and records constituting evidence, contraband, fruits of crime, or other items illegally possessed” that may be in violation of three federal statutes, including the Espionage Act.

The Justice Department’s 13-page filing argued against the affidavit’s release on Monday.

“If disclosed, the affidavit would serve as a roadmap to the government’s ongoing investigation, providing specific details about its direction and likely course, in a manner that is highly likely to compromise future investigative steps,” the filing said. “The fact that this investigation implicates highly classified materials further underscores the need to protect the integrity of the investigation and exacerbates the potential for harm if information is disclosed to the public prematurely or improperly.”

The DOJ added that it did not oppose the release of other documents, including the search warrant cover sheets and the motion to seal, according to Fox News.