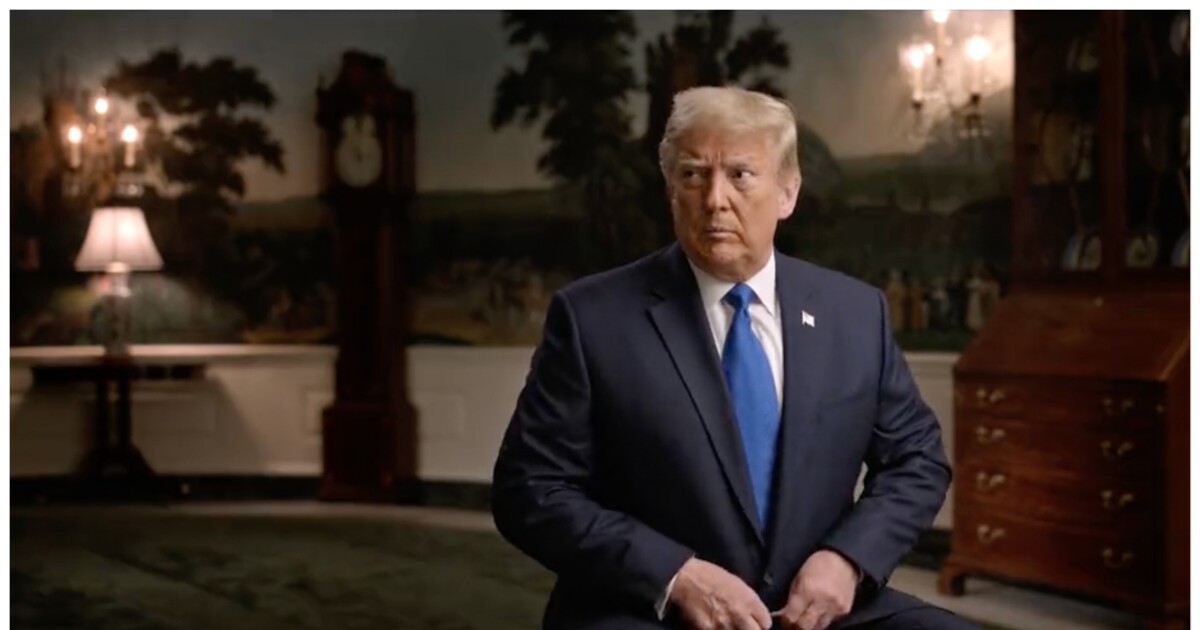 A new trailer for Unprecedented, the filmmaker of which turned over a trove of footage to the House Jan. 6 committee last month, offered a glimpse of the flick’s extensive access to the Trump family.

Former President Donald Trump and his children can be seen fussing over camera shots and detailing their grueling campaign trail work as the trailer builds up to a tease of the chaos that unfolded during the Jan. 6 Capitol riot.

JAN. 6 COMMITTEE NABS UNSEEN FOOTAGE OF TRUMP AND ALLIES BEFORE THE CAPITOL RIOT

“Jan. 6 was expected,” British documentary filmmaker Alex Holder, who made the film, said about the events leading up to the riot, according to the New Republic. “I predicted it was going to happen the day before.”

At one point in the trailer, Ivanka Trump voiced concerns about a line on her dress and jokingly asked her makeup artist, “Can I borrow your dog?” Jared Kushner was seen asking filmmakers about the position of his tie.

Eric Trump listed off some of the events for his father’s reelection campaign and was later heard claiming the family did “54 campaign events in 48 hours.” Donald Trump Jr. was shown washing his hands after giving fist bumps to Trump supporters and yelling at a rally, “We will make liberals cry again.”

POLITICO Playbook has obtained exclusively a trailer for Alex Holder’s docuseries about the Trump family, which was among the hours of footage the filmmaker turned over to the Jan. 6 committee.

Footage of Donald Trump barking off commands to a camera crew about where a glass of water should be positioned next to him during the interview was also shown in the trailer. Holder previously released a longer version of that exchange in June while stressing the former president “did not have editorial control.”

The footage seemingly highlights the behind-the-scenes access Holder garnered with the Trump family, giving him valuable insights into the mindset during the waning days of the campaign. Roughly 100 hours’ worth of raw footage from the documentary was reportedly given to the Jan. 6 committee.

In addition to turning over a trove of footage to the committee last month, Holder sat down and delivered testimony on June 23. He is also believed to be cooperating with the Fulton County Attorney General’s Office, which is conducting an investigation into efforts by the former president and his allies to challenge the election in Georgia.