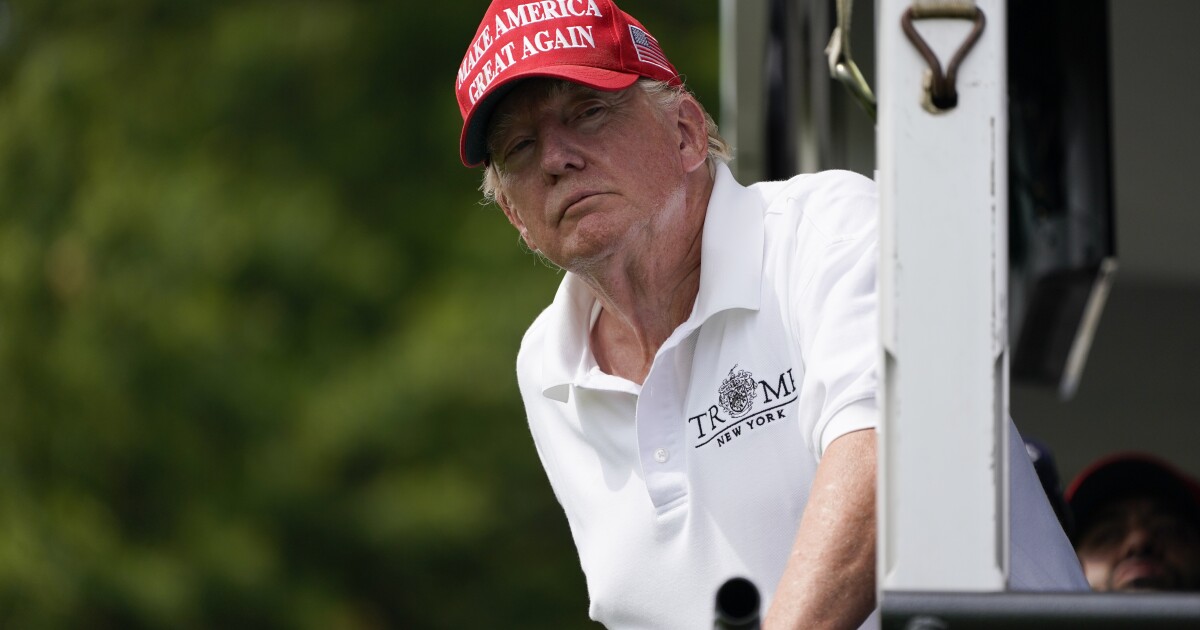 Adam Steen, the GOP candidate running to unseat the powerful incumbent in Wisconsin’s 63rd Assembly District, is a “rising patriotic candidate,” Trump said in a statement released Tuesday by his Save America PAC, which also chastised Vos.

“Adam Steen, on the other hand, is a motivated Patriot, dedicated to making Wisconsin Great Again,” Trump said. “He has had the courage to stand up strongly against ‘Speaker’ Vos. Adam will bravely serve the people of Wisconsin, and bring with him strength, wisdom, and a new patriotism. Adam Steen has my Complete and Total Endorsement!”

Trump has been pressuring Vos to somehow decertify his election loss in 2020. There is no constitutional basis for doing so

Trump, who previously threatened to endorse a challenger to Vos, called the incumbent a “RINO,” or a “Republican in name only,” and said Vos did not do enough “to right the wrongs that were done” in the 2020 election.

“Speaker Vos had 17 years to prove to Wisconsin residents that he has their best interest in mind, but even in his own campaign efforts, Vos has tried to mislead his constituents, sending out mailers that feature a picture he took with me — trying to make voters believe I am a Vos supporter, which I am not. He does not come close to supporting America First policies, and I do not come close to supporting him,” Trump said.

Vos is facing a Republican primary next week, and his opponent, Steen, has knocked him for not taking “election thievery” seriously enough.

President Joe Biden defeated Trump by nearly 21,000 votes in Wisconsin in 2020, a result that has been upheld by recounts and court rulings that have rejected assertions of widespread fraud. However, the state remains an active battleground for questioning the results and election practices during that contest.