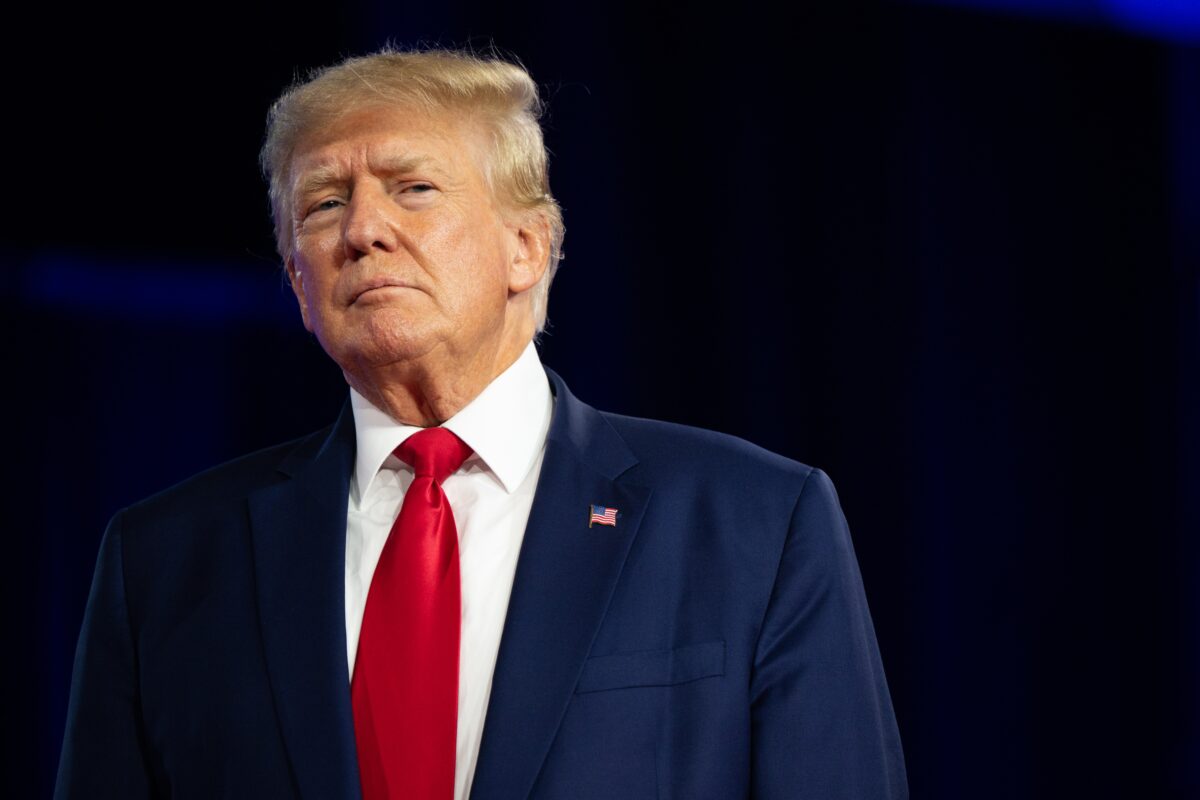 Former President Donald Trump on Aug. 7 hinted he may run for the White House again in 2024 but stopped short of announcing his bid.

In response to a reporter’s question about announcing his candidacy before or after the 2022 midterm elections, Trump said, “it’s not a long period, regardless, whether you go before or after, certainly not a very long period of time.”

“It’s coming,” Trump said, “and I think people are going to be very happy.”

“So we’ll be making an announcement in the not-too-distance future.”

The former president was asked the same question earlier this year in an interview with the New Yorker, saying he is undecided on whether to announce a run before or after the midterms.

Trump made the remarks on Saturday before taking the stage at the Conservative Political Action Conference (CPAC) in Dallas, Texas.

In a customary straw poll ahead of the president’s CPAC speech, 69 percent of the attendees said they would back him as the GOP presidential nominee for 2024. In second place, Republican Florida Gov. Ron DeSantis won 24 percent backing among attendees.

Trump predicted that Manchin and Sinema will lose their seats for backing the bill, which Democrats have titled the “Inflation Reduction Act.” He suggested the bill would only worsen inflation, which is already at a 40-year high.

“We had the greatest economy in the history of the world. We had no inflation,” Trump said.

Sinema and Manchin will be up for re-election in 2024. Trump won West Virginia by nearly 39 points in 2020. He narrowly lost in Arizona but maintains that election irregularities and fraud may have contributed to the outcome.

Trump floated several policy proposals, including abolishing the U.S. Department of Education and imposing a death sentence for some drug traffickers.

“If you look at countries throughout the world, the only ones that don’t have a drug problem are the ones that institute a death penalty for drug dealers,” Trump said.

The president, in remarks which sounded much like many of his campaign speeches, vowed to make cities safer and re-secure the border. He said that  Republicans will focus on catching and deporting illegal aliens who streamed into the country after President Joe Biden undid many Trump-era immigration policies.

“We will quickly send you back to the place from which you came or put you in prison immediately,” Trump said.

Gary Bai and Darlene Sanchez contributed to this report.

Ivan has reported for The Epoch Times on a variety of topics since 2011.