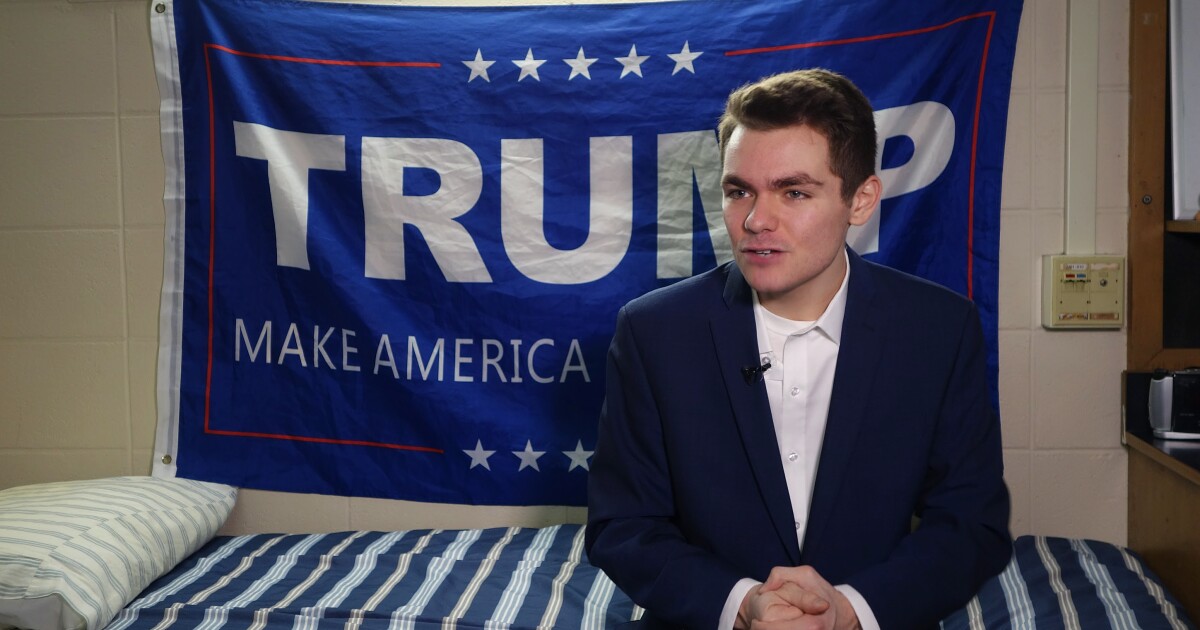 Just days after meeting with former President Donald Trump at his Mar-a-Lago home in Florida, white nationalist Nick Fuentes has since turned on the former president, encouraging far-right conservatives to back another candidate in 2024.

Fuentes, a vocal supporter of Trump’s MAGA movement, came out against the former president in a Telegram post on Sunday and called on Trump supporters to look to another nominee for the 2024 presidential election, casting doubt on whether Trump could win.

“What are Christian Americans going to get out of a [Kevin] McCarthy speakership or new Trump White House? Lower gas prices? Reduce the corporate tax rate?” Fuentes wrote. “Years will pass us by as things remain fundamentally the same. We must dream bigger.”

Fuentes was seen at Trump’s resort on Tuesday alongside rapper Kanye West, who reportedly met with the former president to ask to run as his running mate in the 2024 election cycle. The meeting took place just one week after Trump announced his third White House bid.

Trump received backlash following reports of the meeting due to West’s and Fuentes’s controversial reputations, with the latter being deemed a “white nationalist” for making antisemitic and racist remarks on social media and his web show. Trump responded by calling the dinner “quick and uneventful.”

The former president reportedly ignored repeated calls from advisers to disavow Fuentes after his meeting, citing concerns that distancing himself would alienate his supporters, a source told the Guardian. Instead, Trump released statements defending his meeting with West while making little mention of Fuentes’s presence at the dinner, later writing that he “didn’t know” him.

The meeting has also sparked criticism from Trump’s own party, including some former members of his administration.

“To my friend Donald Trump, you are better than this,” said David Friedman, former U.S. Ambassador to Israel from 2017-2021, in a Twitter post on Friday. “Even a social visit from an antisemite like Kanye West and human scum like Nick Fuentes is unacceptable.”

Although he has not made a formal announcement, West has teased a presidential bid of his own in 2024 — putting his name in the hat of potential competitors to Trump. The former president may face a crowded field of Republican candidates eyeing the GOP nomination, including Florida Gov. Ron DeSantis, who has not announced a White House bid but is considered a top contender.

Fuentes has also come out against the Florida governor, arguing he is too “moderate” and would lose the White House for the Republican Party.

“When I say that Trump vs DeSantis is the wrong ‘dialectic’ (discussion with two more opposing opinions), I mean that they are both inferior to the campaign that Trump ran in 2016,” Fuentes wrote. “DeSantis is a moderate and he would moderate Trump: lose-lose. We need Trump and a new candidate who will outflank him on his right.”

In a statement from Fuentes, obtained by the Washington Examiner on Sunday, he pushed back on the characterization that he’s a white supremacist and antisemite.

“I reject all labels other than Christian American,” he said.