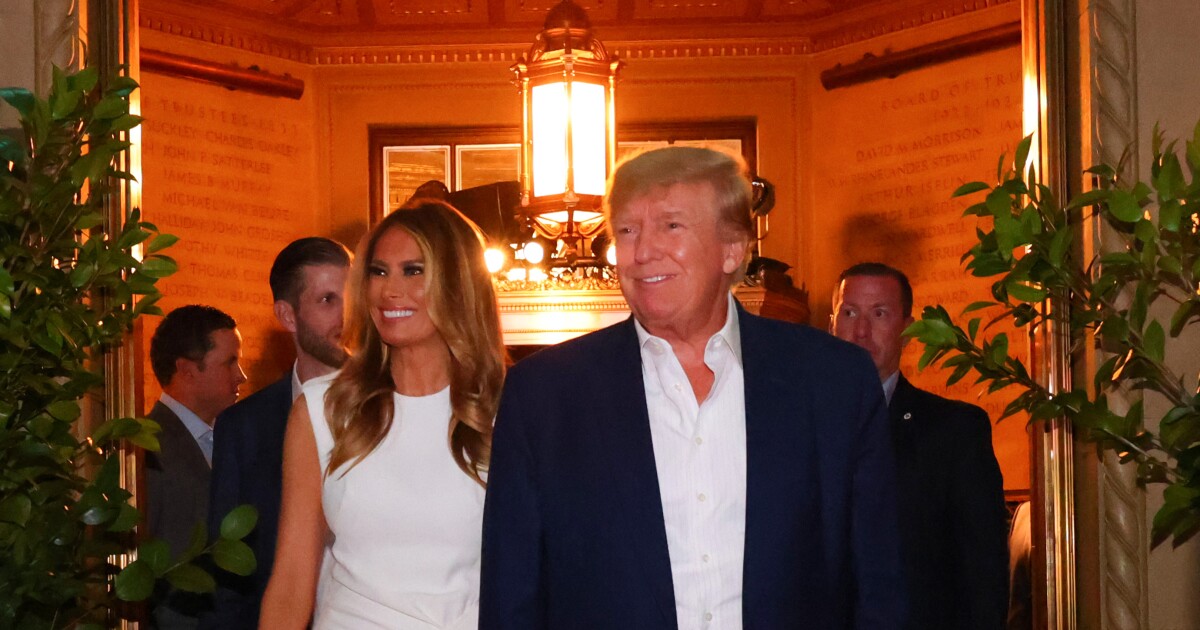 Former President Donald Trump was seen at a LIV Golf-sponsored party in New York City on Wednesday night ahead of the tournament kickoff at his New Jersey golf course.

Trump also has a scheduled tee time with professional golfers Bryson DeChambeau, the 2020 U.S. Open winner, and Dustin Johnson, a two-time major winner, during the pro-am on Thursday before the first round of the LIV Golf Invitational at Trump National Golf Course Bedminster in New Jersey.

TRUMP DOWNPLAYS LIV UPROAR: ‘I DONT KNOW MUCH ABOUT THE 9/11 FAMILIES’

Trump’s son Eric will join in on Thursday’s pro-am, which will be played without spectators, according to CNN.

The event is slated to commence Friday and last through Sunday, featuring golf stars such as Phil Mickelson, Brooks Koepka, and Patrick Reed.

Trump has downplayed backlash to hosting the golf event despite families of the victims of the 9/11 terrorist attacks criticizing him for supporting the tournament that has received a slew of funding from Saudi Arabia‘s sovereign wealth fund, believing the oil-rich nation had ties to the attackers.

Others have pointed to Saudi Arabia’s human rights record, including the slaying of former Washington Post columnist Jamal Khashoggi in 2018, which U.S. intelligence concluded that Saudi Crown Prince Mohammed bin Salman was likely involved in.