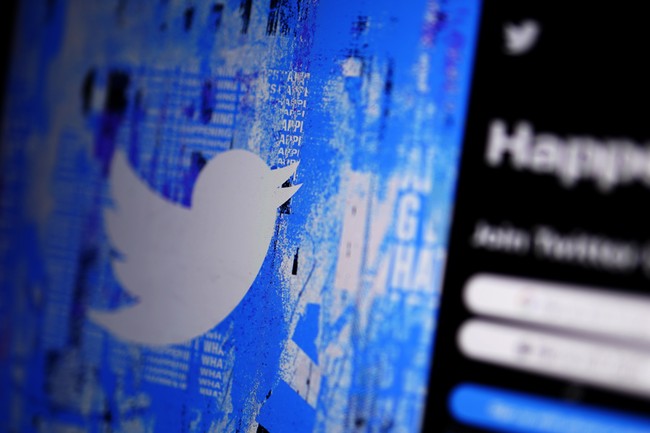 It’s official: Elon Musk is firmly in charge of Twitter. In his first move as the “Chief Twit,” Musk dismissed three high-level executives. CEO Parag Agrawal and CFO Ned Segal were promptly informed that their services were no longer required.

That seems reasonable. Why keep the guys who drove Twitter to the state in which Musk felt compelled to take over in the first place?

But it’s the third now-former executive that everyone is talking about.

Vijaya Gadde, Twitter’s head of legal policy, trust, and safety, was sent walking. This is significant because Ms. Gadde has been referred to as Twitter’s Chief Censor.

She’s the person who made the final decision to remove Donald Trump from the platform. She also oversaw the single most blatant example of election tampering in modern American history… the decision to block, delete and censor the Hunter Biden laptop story from the New York Post.

Gadde’s policies also led to the suspension of The Babylon Bee’s account for a satirical joke about a government official. She also put in place rules that led to the suspension of thousands, if not millions, of other accounts for similar jokes or for offering opinions or assertions that ran counter to the orthodoxy laid out by her office, informed by her peers in Silicon Valley, the legal community and, sometimes, at the direction of the Biden White House.

Her policies and actions were bad for free speech and the open exchange of thoughts and ideas… which is actually part of the business plan and mission statement of the company that richly compensated her.

Her firing is the single most positive indication that Musk intends to follow through on his free expression promises when he first announced his intention to buy the company.

Defenders of Gadde are already out in force decrying her dismissal, claiming that her presence in the C-Suite of the social platform giant served to keep users of the website “safe.” Indeed, Gadde’s title, head of legal policy, trust, and safety, even evokes the promise that her function was to provide safety for the users of her company’s product.

This is just weird. And, a lie.

Let’s be clear: Twitter is not an airline. There is no way to use their product that would result in personal injury. “Safety” is an odd and duplicitous term when employed in the context of providing policies for a website where millions of people trade paragraphs with each other and the world.

There’s no such thing as “unsafe Tweeting.”

Yet, the ideology of “words are violence,” which was once confined to the campuses of America’s liberal arts colleges, has now infiltrated the highest echelons of corporate America. “Your Tweets violently injured me” was a fake claim usually employed by Tweeters on the left that compelled the company to empower Ms. Gadde to “provide safety” for those who couldn’t handle opposing viewpoints… or even jokes.

But it would be too easy to write off Gadde’s penchant for one-sided censorship as merely an overbearing desire to “protect” snowflake liberals from reading mean Tweets. Would that it were the case.

This was never truly about safety… and someone as educated as Gadde knows this.

The ruse of “words are violence” was always merely an emotionally manipulative excuse to ensure a one-sided conversation on the platform.

They could never get away with silencing the New York Post’s Hunter Biden story because it would severely damage Joe Biden’s prospects in the 2020 election (and, even worse, help Donald Trump’s). So, they had to claim that their censorship was an act of patriotic protection from Russian disinformation.

Censors never tell you the truth about why you’re being silenced. Their authoritarian actions must always be framed within the context of virtue. They’re taking action to protect you and others from danger.

So, naturally, since that was the game, the left played it. After all, they had home field advantage.

Trump’s election denial led to violence, and people were injured and killed; therefore, he has to be suspended so we can protect more people from getting killed.

But, of course, this is all false. There was never any real threat. People don’t need to be protected from thoughts or words. No conversation is “dangerous” in a free society.

Gadde’s moral compass was so broken that she rationalized the silencing of voices on her platform because she reckoned them as “right-wing, domestic terrorists,” all the while maintaining an account featuring the hateful ramblings of the largest state-sponsor of terrorism on the planet, Ayatollah Khamenei, the Supreme Leader of Iran.

In Gadde’s, Twitter’s, and the American left’s mind, MAGA hat wearers are the terrorists whose voices must be silenced lest they cause real, physical violence to unsuspecting readers, but Iran’s blood-drenched murderous mullahs are merely quirky, fundamentalist clerics. Let them tweet.

Gadde is gone. And so should be the deceitful weapon of “words are violence” from Twitter’s policies and protocols.

Let freedom ring. There’s nothing unsafe about that.