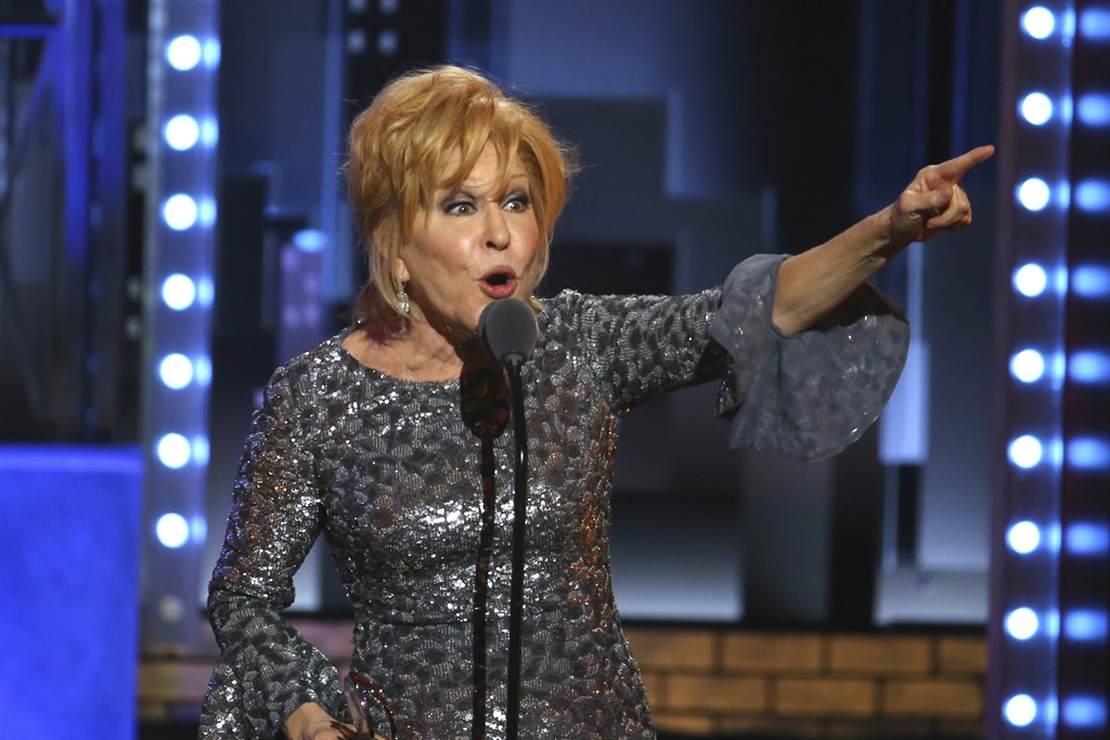 As we reported, Bette Midler set the internet on fire with her Tweet about trying to phase out the term “woman.”

WOMEN OF THE WORLD! We are being stripped of our rights over our bodies, our lives and even of our name! They don’t call us “women” anymore; they call us “birthing people” or “menstruators”, and even “people with vaginas”! Don’t let them erase you! Every human on earth owes you!

She was immediately attacked by those on the left as anti-transgender and called a “TERF” (trans-exclusionary radical feminist).

But what was particularly funny about Midler’s tweet was that she didn’t seem to understand that it’s her “side” — the folks on the left — who are pushing those terms that erase women. The very people that she’s constantly supporting in her extreme tweets are the ones pushing the terms like “birthing people” — that’s leftists like Rep. Alexandria Ocasio-Cortez (D-NY) and Rep. Cori Bush (D-MO) using those terms.

That greatly amused a lot of conservatives on Twitter.

To whoever hacked #BetteMidler’s Twitter to suggest that women could be defined, DID YOU EVER KNOW THAT YOU’RE MY HERO? https://t.co/SScCvrdOHb

Bette Midler mistaking woke rhetoric for dehumanizing conservative misogyny could be my favorite thing that’s ever happened on Twitter. pic.twitter.com/zUSVLCRe4w

But while Midler got a lot of reaction from both sides of the aisle on her tweet, perhaps one of the reactions that said it all was from Twitter itself, with its description of the trending topic.

“criticising inclusive language around bodies” is quite the phrase pic.twitter.com/G3XT1yLK4Z

“Actor Better Midler shares a tweet directed at women, criticising inclusive language around bodies.” Inclusive language around bodies? What does that even mean? The language she’s criticizing is inclusive of all kinds of terms — except the term that defines who can get pregnant — “women.” Twitter just went down the rabbit hole into “bodies” because just like Justice Ketanji Brown Jackson, they don’t want to get into defining “women.” Their description is proving the very point that Midler was making — that even Twitter doesn’t want to go down that road and instead settles on “bodies” rather than getting into it. So rather than truly defining things, they run in the opposite direction — using the least detailed, amorphous term when trying to describe the terms Midler was talking about. These leftist terms not only seek to avoid defining women; they also reduce people to body parts, which denies their humanity. How “inclusive” is that?

Who would have imagined we ever would have gotten to this place where people are refusing to define what a woman is because of their leftist politics? If ever there was an example of how crazy the left has become, this is it. Unfortunately, we’ve come to see so many examples. But civilization has a way of self-correction when you reach laughable extremes like this. We’re already seeing a course correction coming, back to sanity, with voters largely rejecting Democratic extremism in the elections we’ve seen recently, such as the election of Mayra Flores in a historically Democratic district. We’ll see more of this, come the election in November.