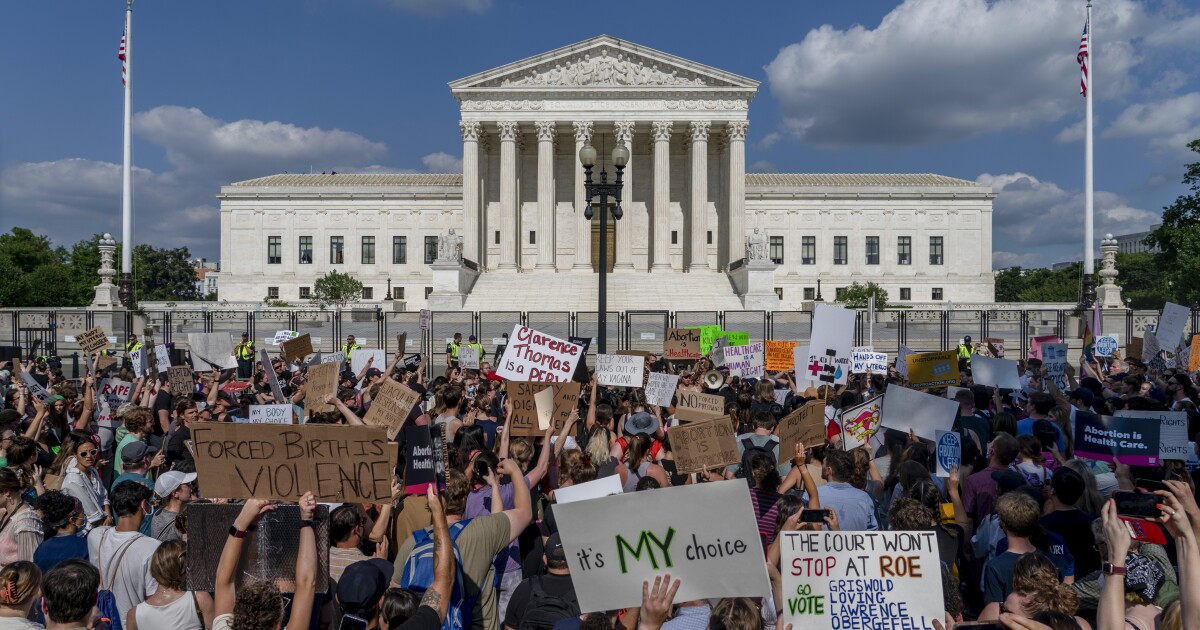 Around 2 in 3 people favor term limits for Supreme Court justices, according to a new poll that indicates a growing divide in opinion of the high court after its decision to overturn Roe v. Wade last month.

Sixty-seven percent of respondents said they support justices serving a specific number of years on the court, per a new poll from the Associated Press and NORC Center for Public Affairs Research.

Supreme Court justices serve as long as they wish, with many serving on the court for decades. Justice Clarence Thomas is currently the oldest member of the court, at 74 years old, followed by Justice Samuel Alito, who is 72.

Supreme Court Justices Ruth Bader Ginsburg and Antonin Scalia, the two most recent justices to die, were both still on the bench at the time of their deaths.

The poll was conducted with 1,085 adults from July 14-17 using NORC’s probability-based AmeriSpeak Panel, which is designed to be representative of the U.S. population. The margin of sampling error for all respondents is plus or minus 3.9 percentage points.