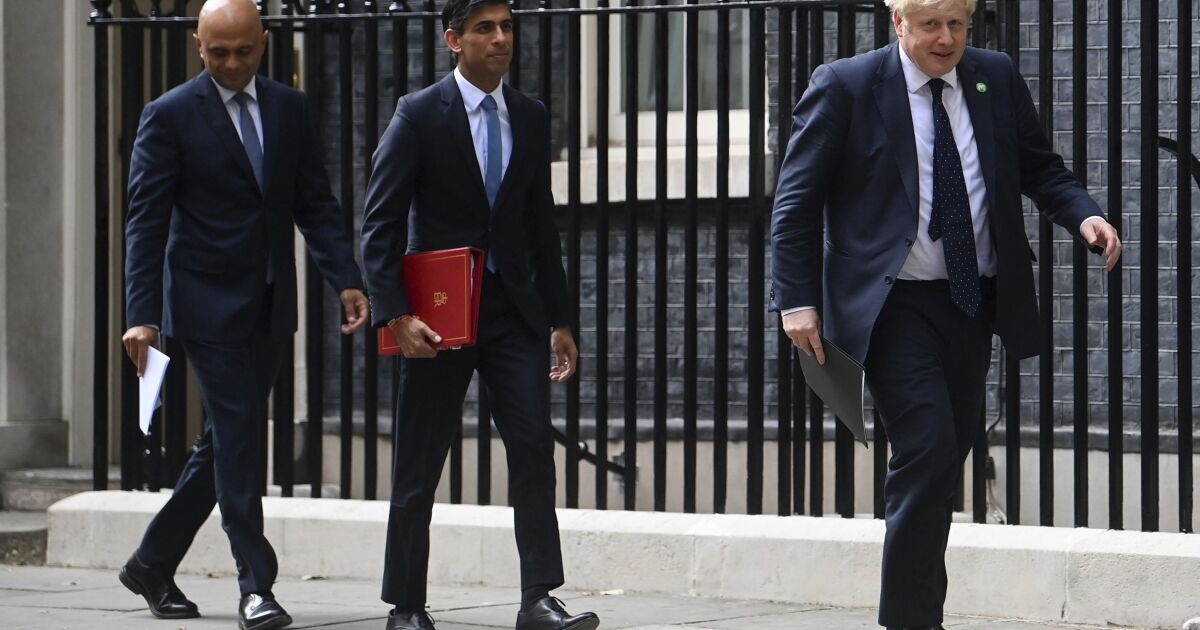 Two high-ranking officials in British Prime Minister Boris Johnson’s administration tendered their resignations Tuesday as political pressure mounts on the leader to depart from office due to several scandals.

“The tone you set as a leader, and the values you represent, reflect on your colleagues, your party and ultimately the country,” Javid said in a resignation letter posted to Twitter. “Conservatives at their best are seen as hard-headed decision-makers, guided by strong values … We may not have always been popular but we have been competent in acting in the national interest. Sadly, in the current circumstances, the public are concluding that we are now neither.”

BORIS JOHNSON: US A WORLD LEADER, DESPITE ‘WEIRD’ THINGS COUNTRY HAS SEEN

The vote of no confidence against Johnson last month, which failed to end the embattled prime minister’s political career, marked “a moment for humility, grip and new direction,” Javid said.

“I regret to say, however, that it is clear to me that this situation will not change under your leadership — and you have therefore lost my confidence too,” he wrote to Johnson.

Sunak, who was favored to replace Johnson if he lost the no-confidence vote that would have removed him from office, posted his resignation letter to Twitter minutes later.

“The public rightly expects government to be conducted properly, competently and seriously,” Sunak said. “I recognize this may be my last ministerial job, but I believe these standards are worth fighting for and that is why I am resigning.”

Sunak, who was fined during the “Partygate” scandal that dominated British politics earlier this year, said he did not make the decision to resign lightly, especially in the aftermath of the pandemic and the war in Ukraine.

“In preparation for our proposed joint speech on the economy next week, it has become clear to me that our approaches are fundamentally too different,” Sunak said. “I am sad to be leaving Government but I have reluctantly come to the conclusion that we cannot continue like this.”

Labor Leader Keir Starmer, a stark critic of Johnson who is being investigated for his own alleged breach of COVID-19 protocols, said the resignations of Sunak and Javid came too late.

“If they had a shred of integrity they would have gone months ago. The British public will not be fooled,” Starmer said, according to the Guardian. “The Tory party is corrupted and changing one man won’t fix that. Only a real change of government can give Britain the fresh start it needs.”

Multiple other Conservative Party leaders have also resigned following the prime minister’s revelation about Pincher, including two parliamentary secretaries and Bim Afolami, a vice chairman for the party.

“I can’t serve under the prime minister, but I say that with regret because I think this government has done some great things,” Afolami said during a live broadcast. “I think the prime minister’s got a very strong legacy in a huge range of areas, but I just think that when you’ve lost trust of people — and the prime minister asked at the confidence vote to be given time to restore that trust … But I think it’s become clear, particularly after losing the support of two of his closest cabinet colleagues, that I think the time has come for him to step down.”

Johnson, who became prime minister in 2019, was accused of violating many of his own COVID-19 lockdown protocols by hosting lavish parties at his residence. After surviving the vote of no confidence, an investigative committee will seek to determine whether he intentionally lied or misled Parliament. If investigators conclude he purposely lied, he is expected to resign, according to government guidelines.

Pincher, who became deputy whip in February, allegedly groped two men during a boozy night out, and he conceded he “drank far too much” while at London’s Carlton Club and apologized to Johnson in his resignation letter.