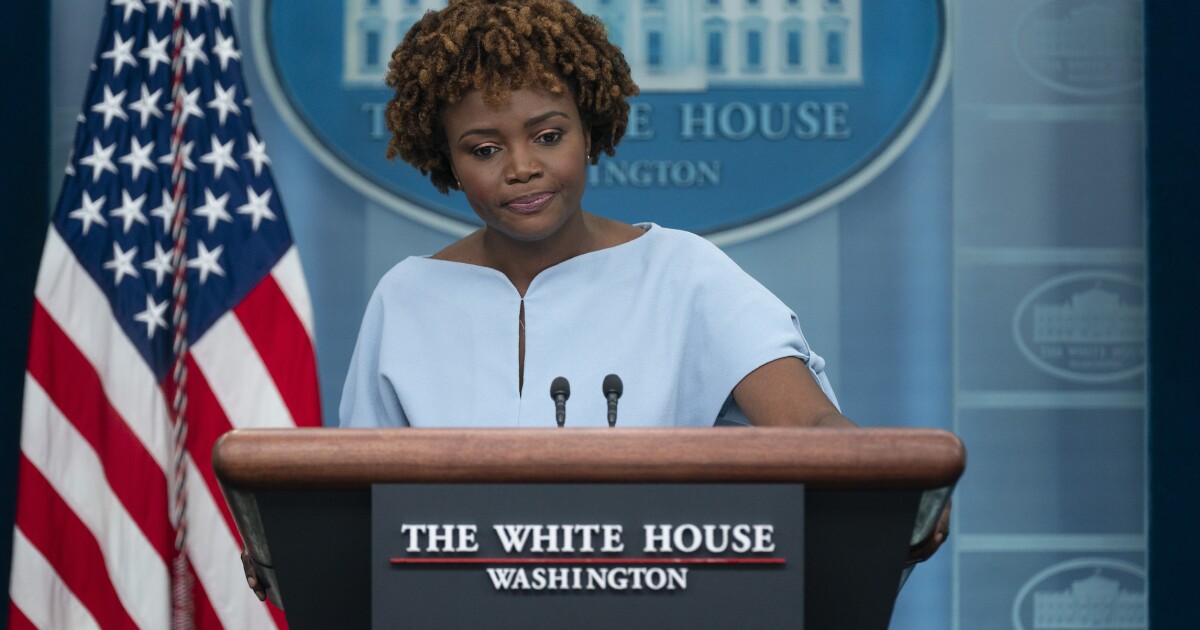 The White House said recent Supreme Court decisions regarding abortion, the environment, and potentially affirmative action are part of the wider Republican “ultra-MAGA” agenda, calling on voters to elect new representatives in the fall.

The court has overturned the constitutional right to an abortion and told the Environmental Protection Agency it needs explicit instructions from Congress in order to enact stricter climate change regulations. It will soon rule on a controversial affirmative action case as well, which White House press secretary Karine Jean-Pierre was asked about Thursday.

“The president has been very clear about these extreme decisions that the Supreme Court has been making,” she said. “Not just on Roe, but on EPA and other decisions that have come down most recently. This is another one that you’re talking about in October. The president has also been clear that we have to take action, that Americans have to make sure that they take their voices to the ballot box.”

Jean-Pierre then dropped the “ultra-MAGA” term that President Joe Biden rolled out this spring. The term refers to former President Donald Trump’s campaign slogan “Make America Great Again” and is part of an attempt to tie Republicans to Trump during the midterm elections, though he’s not on the ballot.

“We have Republicans who are doing extremes. The president calls them ultra-MAGA,” she said. “They are a part of the ultra-MAGA wing who are trying to take away the rights of the American people. That’s what they are trying to do.”

As the Supreme Court comes to recess after a groundbreaking term, newly sworn-in Justice Ketanji Brown Jackson will face a litany of major cases when the court returns.

Jackson, who made history as the first black woman to ascend to the Supreme Court, was sworn in last week during a small ceremony following the retirement of Justice Stephen Breyer after his nearly 28-year tenure on the bench. She’ll bring a unique perspective to the high court as a former public defender and past vice chairwoman of the U.S. Sentencing Commission.

Though she is widely considered a left-leaning justice, the court maintains a 6-3 balance tilted in favor of conservatives. The Biden administration hopes enough Democrats win office to shift that balance over time.