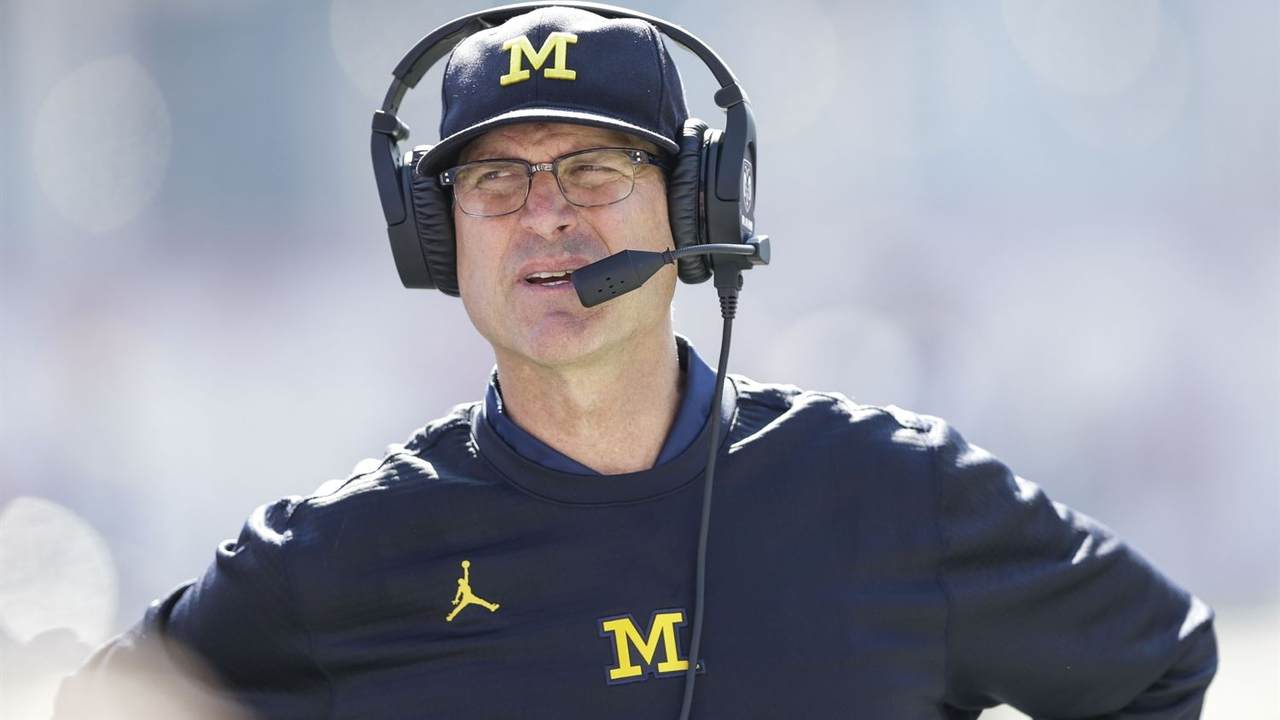 Jim Harbaugh is the coach of the University of Michigan’s football team. Having grown up in the state, that position is just this side of God for people who love U of M…as long as you win, and Harbaugh won last year. But even with that mythical semi-deity status, Harbaugh found himself on the wrong side of the left-wing mob because he dared not only hold a position contrary to progressive orthodoxy, but he had the audacity to express it as well. What sin did Harbaugh commit? He’s pro-life.

First off, you have to marvel at how the left has so bastardized the terms of debate that the label “pro-life” isn’t used anymore by most “journalistic” outfits. It’s now “anti-choice” or, less commonly, “anti-abortion.” Weirdly, it’s not “pro-abortion,” it’s always “pro-choice.”

The semantic argument matters in that it exposes where the reporter writing or saying it, or their employer, are coming from. When Coach Harbaugh spoke at a pro-life rally, you could almost hear the heads exploding in newsrooms across the state, particularly the sports departments.

Sports reporters are every bit as leftist as “hard news” reporters. You’d be hard-pressed to spot the difference between The Atlantic and Sports Illustrated these days, just as you might think you were watching MSNBC when you’d accidentally stopped flipping on ESPN. There’s a reason no one watches or reads any of them. The Atlantic, for example, would probably be out of business had Steve Jobs lived. But he died, and his left-wing widow adopted it as a progressive pet project, spending what would fall out of her couch cushions keeping that glorified bird cage liner afloat. There’s a lot of that in liberal media, which frees much of it to do whatever liberal advocacy they want because profit doesn’t matter. (Looking at you, Washington Post.)

When Harbaugh said he tells his players and people associated with the football team that if they find themselves involved in an unplanned pregnancy, rather than choosing an abortion that he and his wife will happily raise that child. Not “if you abort a baby you’ll lose your scholarship or be cut from the team,” but please don’t feel like that’s your only option, he and his wife will remove that responsibility from anyone who can’t handle or doesn’t want it. Choose life, in other words.

If you’re wondering how, you’re not alone. You just have to remember that Democrats love abortion more than they love their families. I suspect it’s more of a “misery loves company” situation where people riddled with guilt are trying to normalize what they’ve done by getting as many people as possible to also do it, thereby making them think what they did is normal and not wrong. It never works, which explains why they’re always so miserable, but it also explains why they never shut up about it.

The left started attacking Harbaugh for simply offering an alternative to abortion.

Nina Turner, a Bernie Sanders acolyte and darling of the radical left who has been humiliated in a few recent elections, mockingly said, “There are over 10,000 foster children in the state of Michigan” about Harbaugh’s comments. You know what those kids have in common? They’re all alive.

Another left-wing nutjob, and there were a lot of them, responded with, “This completely ignores the wear & tear on the pregnant person’s body which includes the risk of long term issues, often permanent damage & the risk of death from pregnancy, childbirth & postpartum. The woman means absolutely nothing to these people. They don’t even mention her.” Aside from being all over the map when it comes to gender, it’s a wildly stupid concept shared by an alarming number of ignorant leftists who should never leave their houses to eliminate their risk of being hit by a bus.

First off, how does a public university have an official opinion on the subject? Second, who cares? Third, how is this sports? And finally, how does what a coach or anyone at a school thinks on any issue rise to the level of scandal?

It doesn’t, unless the left wants it to. The same way every Republican is required to answer for anything stupid any Republican anywhere says or does (think Todd Akin), but no Democrat is help accountable for the stupid or hypocritical things they themselves do (think Eric Swalwell or Jamie Raskin). Hunter Biden is off limits, but anyone associated with anyone named Trump must be subpoenaed until bankruptcy.

Democrats are evil. Had the Michigan Wolverines not beaten Ohio State and won the Big Ten championship last year, Harbaugh would likely be out of a job right now. Winning offers limited immunity against the mob, if only because donors to the school pay more attention to the football team than the cesspool the campus has become under the leftists who run it. But that won’t last forever.

Democrats never forget. And the liberal mob never stops, they only pause. Mark my words, all eyes will be on everything Jim Harbaugh does or says this coming year. More reporters than who’ve acknowledged the reality of what’s on Hunter Biden’s laptop will be dispatched to track down everyone Harbaugh’s ever known and every former player, looking for anything they can declare adds to a “toxic” atmosphere, or some such liberal buzzword. The clock may not yet be ticking, but it is being wound up.