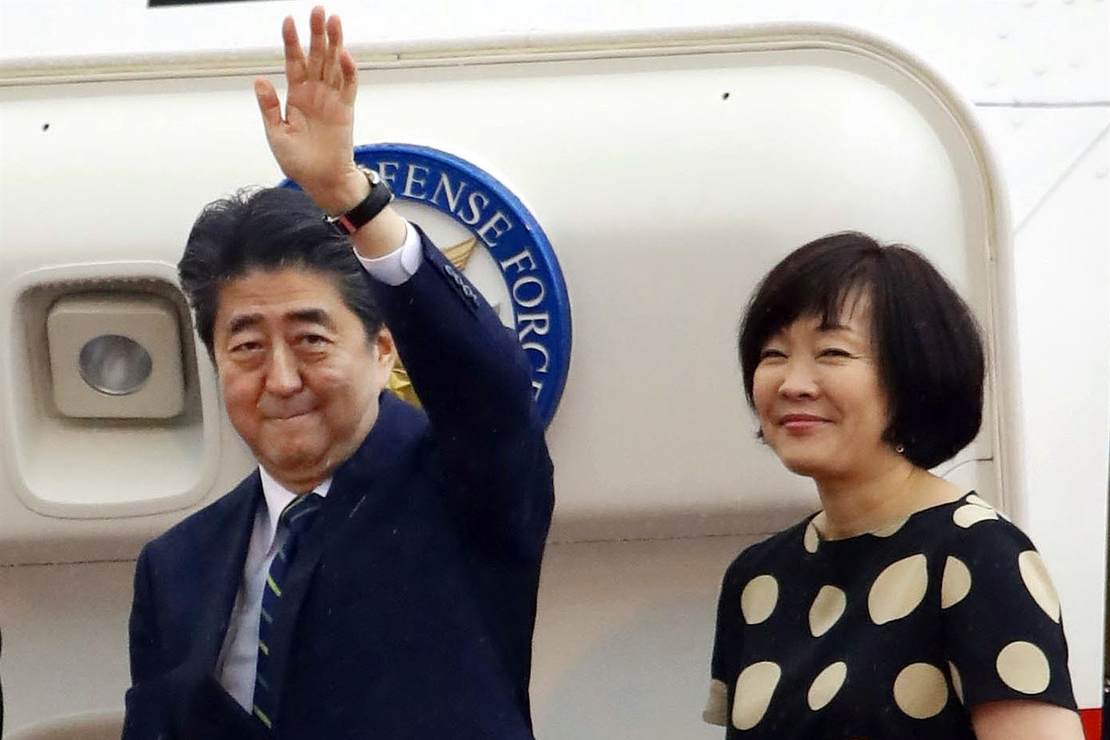 Japanese Prime Minister Fumio Kishida rushed back to Tokyo from a campaign stop upon learning that former Prime Minister Shinzo Abe had been shot during a speech in Nara on Friday morning and was seriously injured. When Kishida arrived, approximately three hours after the shooting, he held an emotional news conference saying that the attack was “not a forgivable act” and that Abe was in critical condition with doctors “fighting to save” him.

NOTE: Video not graphic, but viewer discretion is advised pic.twitter.com/BZNGHP78ds

Japanese public television outlet NHK reported that Abe was in a state of cardiopulmonary arrest, according to an official from the Nara City Fire Department, but police sources claimed he was conscious and responsive while being taken to the hospital.

Emergency personnel moved a person believed to be former Japanese Prime Minister Shinzo Abe from an ambulance to a helicopter under a blue sheet, after Abe was shot during a campaign speech Friday in western Japan. https://t.co/u8MXjC3qrP pic.twitter.com/JwJhG9uCFE

Kishida also said the country was “trying to comprehend this tough situation” and that authorities would “take appropriate measures to handle the situation.”

Tokyo-based CNN reporter Junko Ogura said Abe “suffered a gunshot wound to the right side of his neck,” citing the Fire and Disaster Management Agency of the Ministry of Internal Affairs and Communications in Tokyo, while reports on NHK said he was also shot in the chest.

NHK also reported that police arrested Tetsuya Yamagami, a Nara resident in his 40s, in connection with the shooting. Media reports say the suspect told police he was “dissatisfied with Abe and wanted to kill him.” After shooting Abe, Yamagami didn’t attempt to escape and was wrestled to the ground by security. Police confiscated a firearm, which NHK reported appeared to be handmade, but there is no official confirmation of what type of gun it is.

Assailant who shot Shinzo Abe appears to be holding a short double barreled “shotgun” of some type which he subsequently drops to the ground. Unknown if it is a sawed off version of an actual gun, or a homebuilt weapon. pic.twitter.com/riUh0lEhr7

Abe was making a stump speech outside a train station in Nara, and had just started his speech when two shots rang out.

World leaders are expressing their well-wishes on Twitter (or on other social media platforms, in the case of Donald Trump).

Utterly appalled and saddened to hear about the despicable attack on Shinzo Abe.

My thoughts are with his family and loved ones.

Deeply distressed by the attack on my dear friend Abe Shinzo. Our thoughts and prayers are with him, his family, and the people of Japan.

So deeply shocked to hear about the past PM of Japan-Shinzo Abe. He was one of the first leaders I met when I became PM. He was deeply committed to his role but also generous & kind. My thoughts are with his wife and the people of Japan. Events like this shake us all to the core.

Other leaders sending well-wishes, according to CNN:

Mexican Foreign Minister Marcelo Ebrard wrote on Twitter that he deeply regrets the shooting. “We hope that he can overcome the serious medical situation in which he finds himself,” he wrote.

“Our thoughts and prayers are with your family and the people of Japan,” wrote Ursula von der Leyen, President of the European Commission, on Twitter.

Finland’s President Sauli Niinistö also tweeted that he was “deeply shocked” by the “violent attack,” extending his thoughts to Abe’s family and the Japanese nation.

Pakistan’s Prime Minister Shehbaz Sharif said he was shocked by the “sad news,” adding: “We send our prayers & best wishes for his early recovery & good health.”

US Ambassador to Japan Rahm Emanuel tweeted well-wishes fairly soon after the shooting, which occurred around 11:30 PM Eastern Daylight Time on Thursday.

We are all saddened and shocked by the shooting of former Prime Minister Abe Shinzo. Abe-san has been an outstanding leader of Japan and unwavering ally of the U.S. The U.S. Government and American people are praying for the well-being of Abe-san, his family, & people of Japan.

As of press time (3 AM Eastern Daylight Time, Friday) there is no word from the White House at all about the assassination attempt on Japan’s longest-serving Prime Minister.