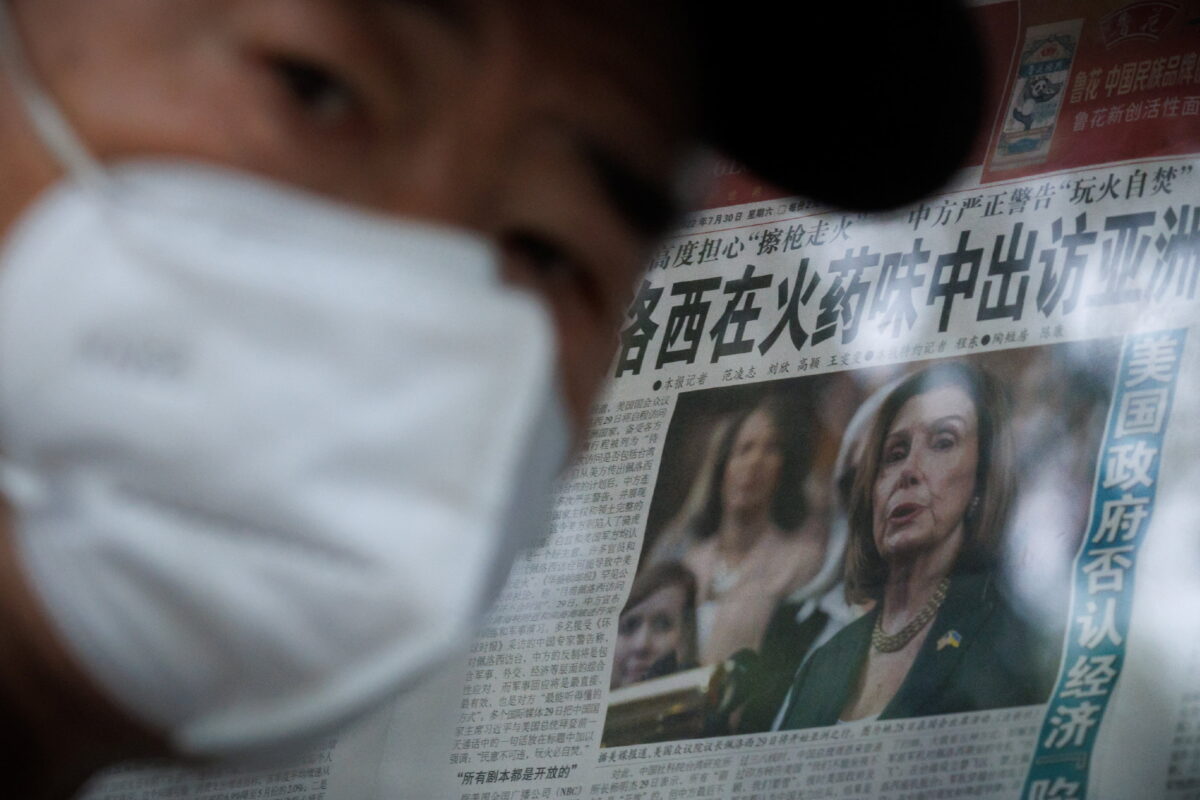 China and the United States both deployed military forces to the region around Taiwan Aug. 1, following Chinese threats of a military attack in response to a proposed visit to Taiwan by U.S. House Speaker Nancy Pelosi (D-Calif.).

The Chinese Communist Party (CCP) announced through state-owned media that it would deploy forces for live-fire exercises in waters north of Taiwan, between mainland China and South Korea. The exercises are the latest in a series of back-to-back Chinese drills in the region. They are notable, however, in that the announcement was accompanied by footage of China’s D-17 hypersonic missile.

Dubbed the “aircraft carrier killer,” the D-17 is a nuclear-capable ballistic missile fitted with a hypersonic glide vehicle that allows its payload to glide in low orbit at great speed before plunging down on its target. The footage released this week marks the first time ever that a live fire recording of the weapon has been released.

The United States announced that it was moving a carrier strike group and air support closer to Taiwan. The USS Ronald Reagan is typically stationed at Yokosuka, Japan, and is moving back into the South China Sea after making a five-day port call in Singapore last week.

Pelosi is currently on a tour of Indo-Pacific nations including Japan, Malaysia, Singapore, and South Korea. What has made the trip remarkable, however, is her alleged plans to visit Taiwan, which has been the target of CCP military harassment and intimidation for years.

Taiwanese media have reported that unnamed Taiwanese officials confirmed Pelosi is likely to stop in Taiwan on Aug. 2 or 3.

The Chinese regime said on Aug. 1 that its military would “not sit idly by” if Pelosi visited the island. Earlier, the CCP also threatened “forceful measures” against the United States and Taiwan should Pelosi visit. Just one day after the threat, U.S. President Joe Biden said that the military believed the trip was “not a good idea.”

The parsing of the sentence made it unclear whether Biden himself believed it was a bad idea for Pelosi to visit Taiwan based on military intelligence, or if he was merely repeating warnings given to him by military leadership.

Pelosi subsequently said that Biden may have meant the military was afraid China would shoot down her plane.

Chinese state-owned media have since threatened that China should do just that.

“If U.S. fighter jets escort Pelosi’s plane into Taiwan, it is invasion,” said Hu Xijin, former editor-in-chief of the state-owned Global Times, in a tweet.

“[China’s military] has the right to forcibly dispel Pelosi’s plane and the US fighter jets, including firing warning shots and making tactical movement of obstruction. If ineffective, then shoot them down.”

The tweet was just the latest in a growing list of increasingly bellicose and at times outright hostile rhetoric emanating from Beijing, which security experts have suggested betrays a deep insecurity among Chinese leadership about the CCP’s standing on the world stage.

In a similar vein, Chinese communist leader Xi Jinping told Biden during a phone call last week that the United States was “playing with fire” if it continued relations with Taiwan.

In another, China’s defense minister threatened to “start a war no matter the cost” to prevent the world from recognizing Taiwan’s independence.

US Support Solidifies Around Pelosi

Despite continued saber rattling from the CCP, American leadership and public figures have come together in support of Pelosi and her visit to Taiwan. Moreover, Pentagon leadership has clarified that they will in no way allow Beijing’s intimidation to affect the free movement of elected U.S. officials.

“We shouldn’t be intimidated by that rhetoric or those potential actions,” said Pentagon Spokesperson John Kirby during an interview with CNN.

“This is an important trip for the Speaker to be on and we’re going to do whatever we can to support her.”

The CCP, which currently rules mainland China as a one-party state, maintains that Taiwan is a breakaway province. Taiwan, however, has been self-governed since 1949 and has never been controlled by the CCP, having continuously maintained its de facto independence.

The United States does not maintain formal relations with Taiwan out of acknowledgment of China’s view, but is legally obligated to supply the island with arms for self-defense. Concerning the risk of a Chinese invasion of the island, the United States maintains a policy of so-called “strategic ambiguity,” wherein it does not publicly acknowledge whether or not it would militarily defend Taiwan.

To that end, Taiwan’s President Tsai Ing-Wen has vowed to defend Taiwan from Chinese communist aggression and to protect the island’s democratic way of life and thriving market economy.

Pelosi’s visit, despite CCP propaganda, is not out of line with U.S. policy or the longstanding realities of unofficial relations between the United States and Taiwan. Sitting members of Congress regularly visit Taiwan to discuss a myriad of issues. A Senate delegation last visited Taiwan in July.

Foreign policy experts view the CCP’s hostile rhetoric as an attempt to influence U.S. policy and behavior in a way that will benefit the CCP’s long-term ambitions.

“President Biden must give full support to this visit,” said former Secretary of State Mike Pompeo in a tweet.

“Don’t be weak and cave to the demands of petty warmongers and dictators in Beijing. Support the freedom-loving people of Taiwan.”