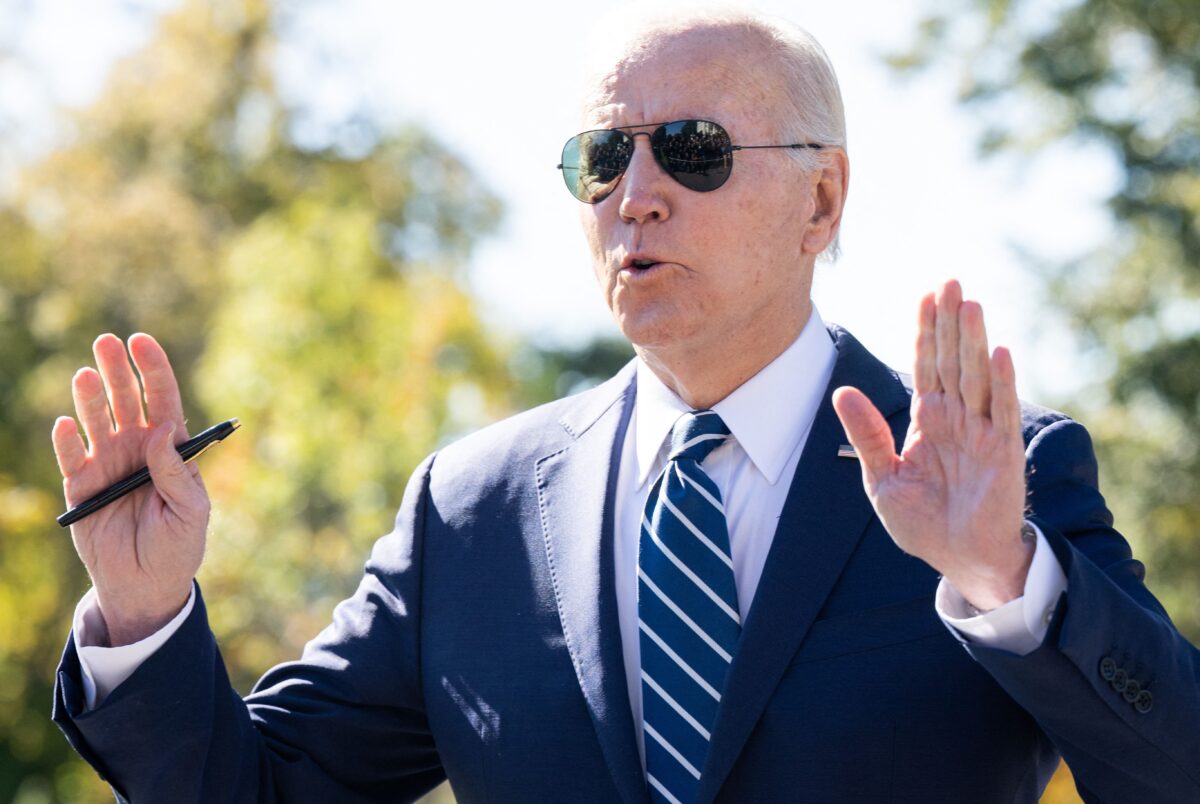 A key measure of inflation in the United States that is closely monitored by the Federal Reserve accelerated once again in September, as the price of goods and services rose upward,

The Personal Consumption Expenditures (PCE) Index showed that core prices, excluding the volatile food and energy prices, rose 0.5 percent from the previous month, up 5.1 percent on an annual basis, according to new data from the Bureau of Economic Analysis (BEA) on Oct. 28.

The government report, which has been released less than two weeks before the midterm elections, poses a troubling sign for the Biden administration.

September’s numbers are higher than the 4.9 percent annual increase in August, but below the four-decade high of 5.4 percent in February.

The latest figures come just as Americans in some states have already begun early voting for the midterm elections.

Rising Prices Bode Ill for the Democrats in the Midterms

The Democrats’ control of Congress is under threat, as rising prices rose to the top of voters’ concerns.

Republicans have been harassing President Joe Biden and congressional Democrats for the rapidly rising prices that have hurt American households across the country.

“Americans are fed up with paying the price for one-party Democrat rule in Washington. In two years, Democrats have added $10 trillion in new spending and left taxpayers holding the bag. Families know that Biden’s claim that inflation is ‘zero’ or that spending more will solve this crisis is ridiculous,” said House Budget Republican Leader Rep. Jason Smith of Missouri, in a press release.

Meanwhile, President Biden released a White House statement on the news, as it tries to contain the fallout on the price surge last month.

“This week, the economic reports show we are making progress on our economic plan: lower inflation, higher incomes, and solid growth. Inflation slowed in the third quarter, with energy prices coming down. Gas prices have declined over $1.20 since the summer’s peak.”

The president continued with his plans for the U.S. economy in the future, but without control of Congress, they are unlikely to happen.

“We have more work to do. My plan will bring down prescription drug prices and energy costs starting next year. In January, seniors will see their Social Security checks increase by an average of $140 a month, even as their Medicare premiums go down—the first time in a decade that has happened. Also starting in January, billion-dollar companies will face a new requirement that they must pay taxes.”

Biden accused the Republicans of having no real economic agenda if they were to take back both houses.

“Congressional Republicans’ agenda, on the other hand, is very different. It would drive up inflation and add to the deficit by cutting taxes for the wealthiest Americans and large corporations. And it would raise the cost of prescription drugs, health care, and energy for American families.”

Republicans have made promises on items such as preserving Trump-era tax cuts, ratcheting back the expansion of the Internal Revenue Service, and cutting back on entitlements, in order to reduce government spending and to stimulate the economy.

Consumer are still under increasing pressure this fall, despite a strong labor market and wage gains.

Another gauge, the Employment Cost Index (ECI), was released the same day as the PCE data. The ECI, a measure of wages and benefits also watched closely by the Fed, rose 1.2 percent in the third quarter from the previous three months.

Strong wage increases have been a persistent challenge for the Fed as it seeks to control rapid inflation by cooling the economy.

However, the average U.S. savings rate fell to 3.1 percent in September, just above the lowest rate since 2008, reported the PCE.

The mortgage market has been gravely affected by the Fed’s hikes, causing the housing market to decline, as buyers pull out due to high prices and loan rates.

The average 30-year fixed-mortgage rate surged past 7 percent this week after falling for months, according to mortgage lender Freddie Mac.

Sales of available homes have tumbled for eight straight months, and have fallen nearly 25 percent in the past year, while home building slows to a crawl.

The only positive news for the Democrats was the 2.6 percent rebound in U.S. GDP for the third quarter, easing recession fears, after two consecutive quarters of negative growth.

Polls are now showing the increasing probability that the Republicans will win back the majority in House and possibly the Senate, as more Americans—by double digits—trust the GOP on the economy over the Democrats.