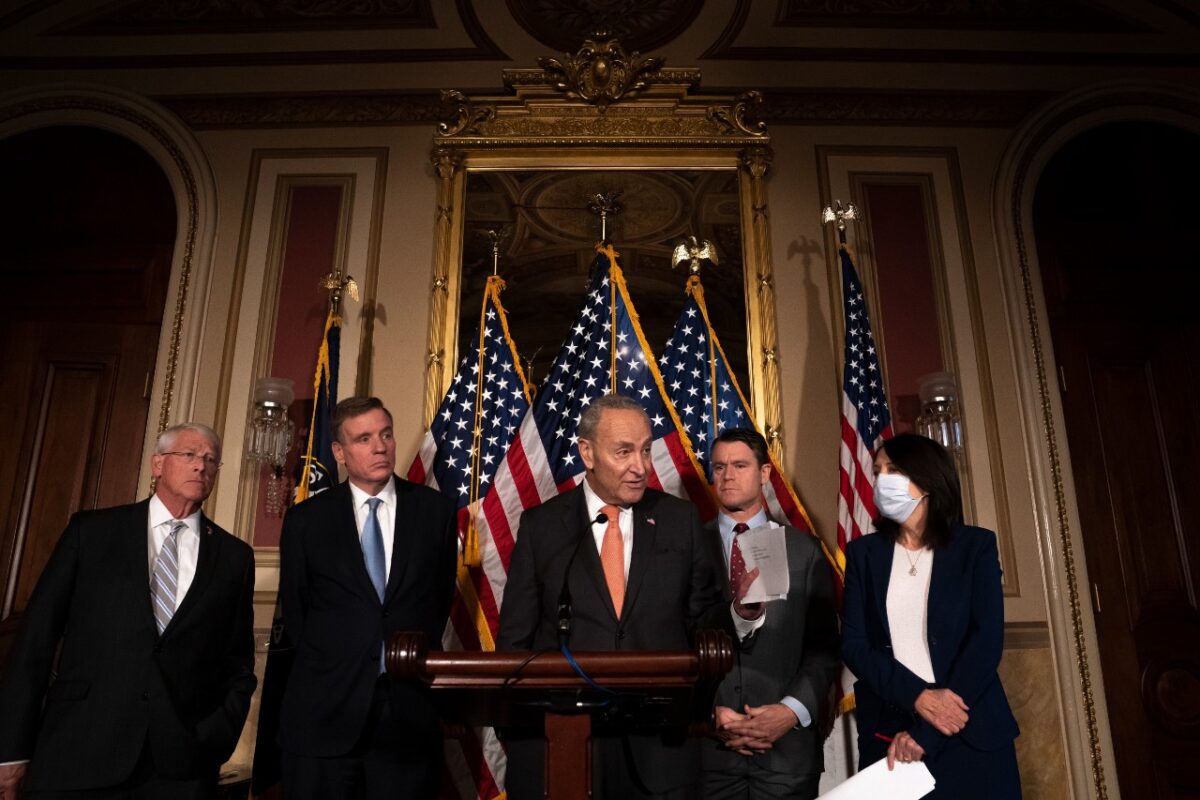 The U.S. Senate passed its controversial chips and science bill on July 27. The bill will now go to the House and, should it pass there, to President Joe Biden’s desk for signature.

The mammoth bill, which passed 64-33, will provide some $280 billion in funding to prop up and kickstart domestic semiconductor manufacturing and research, though the price tag was far above previous bills which aimed to provide just $52 billion to manufacturers.

Officially titled the CHIPS Act of 2022, the bill will provide tens of billions in subsidies and tax breaks to tech corporations in an effort to spur new market growth, as well as funding for government-backed tech research.

Proponents of the bill have long said that it is necessary to maintain a competitive edge with China, which is pouring money into its own domestic chip production.

At the last minute, however, Senate Majority Leader Chuck Schumer (D-N.Y.) stripped a provision that would have blocked manufacturers from using tech developed with the monies from outsourcing production to China.

This means that, because of Schumer’s alteration, tech companies will be able to domestically research and create new semiconductor technologies using taxpayer monies, and then outsource the manufacturing of those semiconductors to China.

Critics from both sides of the aisle, including Sen. Mike Lee (R-Utah) and Sen. Bernie Sanders (I-Vt.), have therefore criticized the bill as a corporate handout that will increase inflation and hurt American taxpayers.

“Bernie Sanders and I almost never agree but he is right about so-called CHIPS bill,” said Sen. Chuck Grassley (R-Iowa) in a tweet. “It’s just a huge govt handout to massive [and] already-profitable companies. Why would we spend more taxpayer dollars for unnecessary corporate welfare?”

Semiconductors, which are used in the production of everything from personal computers to hypersonic missiles, have become a key point of anxiety in the past two years as a global supply chain crisis has wreaked havoc on the United States’ ability to obtain the chips.

The new CHIPS Act follows a version of the bill passed in January of 2021. Since that time, Democrats and Republicans have failed to reach an agreement on how to appropriate funding for the initiative, with Republicans pushing for new corporate tax credits and Democrats pushing for green energy and research funding to be included.

That stalemate led to the creation of two stalled bills, the Republican-backed Innovation and Competition Act (USICA) and the Democrat-backed America COMPETES Act, which have now been combined into the new Chips Act of 2022.