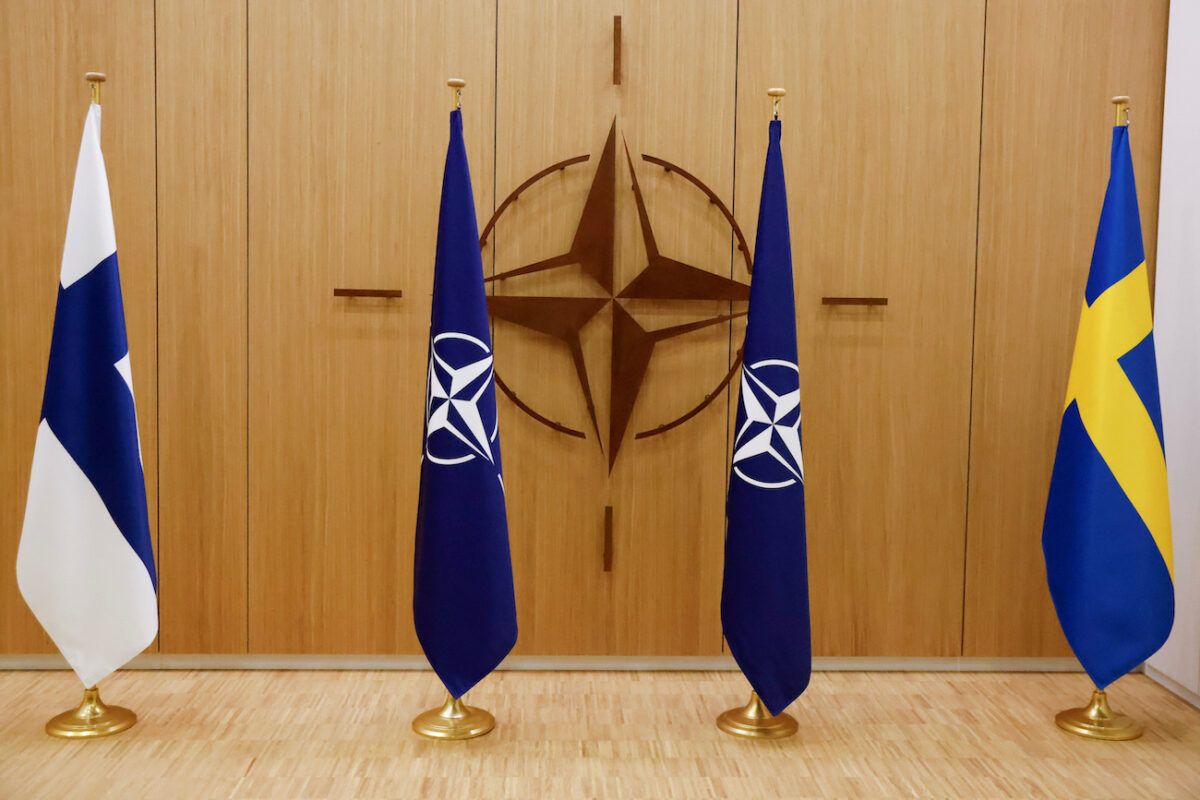 The U.S. Senate on Aug. 3 voted with overwhelming bipartisan support to approve Finland and Sweden’s accession to NATO, expanding the Western military bloc in a response to the Russia–Ukraine war.

The Senate voted 95–1 to support ratification of the two countries’ accession documents. The ratification had required approval by two-thirds of the chamber.

President Joe Biden had sought quick entry for the two countries, sending the protocols for ratification to the Senate for review on July 11.

Senate Majority Leader Chuck Schumer (D-N.Y.) invited the ambassadors of Finland and Sweden to the Senate gallery to witness the vote.

“This is important substantively and is a signal to Russia. They cannot intimidate America or Europe,” he said on the Senate floor.

“Finland already meets NATO’s spending target, and Sweden is making significant investments in modernizing its military,” he said. “Even with the capabilities these militaries already have, they will bring meaningful, interoperable military capabilities into the alliance on day one, and improve burden sharing across the alliance. There’s also no question that their entry is specifically in our interest. These are long standing defense partners of the United States.”

He added: “Even closer cooperation with these partners will help us counter Russia and China. Their accession will make note of stronger and America more secure.”

Hawley, who opposed the ratification and had previously announced his reasons why, said in a statement on Twitter on Aug. 3: “Today’s vote to expand NATO presents a simple choice: either we do more in Europe – more troops, more resources, more spending – or we focus on our #1 adversary, China. We can’t prioritize both.”

Russia Has ‘No Problem’: Putin

Finland and Sweden were formally invited to join NATO on June 29 after Turkey, a NATO member, lifted its veto over the move.

That same day, Russian President Vladimir Putin said that Moscow has “no problem” with Helsinki and Stockholm joining NATO, and that Moscow does not “have territorial differences.” But he noted that Russia would respond to any kind of action if it feels threatened.

“If NATO troops and infrastructure are deployed, we will be compelled to respond in kind and create the same threats for the territories from which threats towards us are created,” the Russian president said at the time.

“Everything was going fine between us, but now there will be tensions, there certainly will,” he added. “This is obvious and inevitable, I repeat, if there is a threat to us.”

NATO’s 30 allies signed the accession protocol for Finland and Sweden on July 5, which allows the two countries to join the U.S.-led nuclear-armed alliance. At that point, the two countries were able to participate in NATO meetings and have greater access to intelligence, but were not protected by Article Five, the NATO defense clause stating that an attack on one ally is an attack against all.

For Finland and Sweden to be protected by the defense clause, the parliaments of all the NATO members must ratify their accession to the bloc. Ratification could take up to a year, although it has already been approved by a few countries, including Canada, Germany, and Italy.