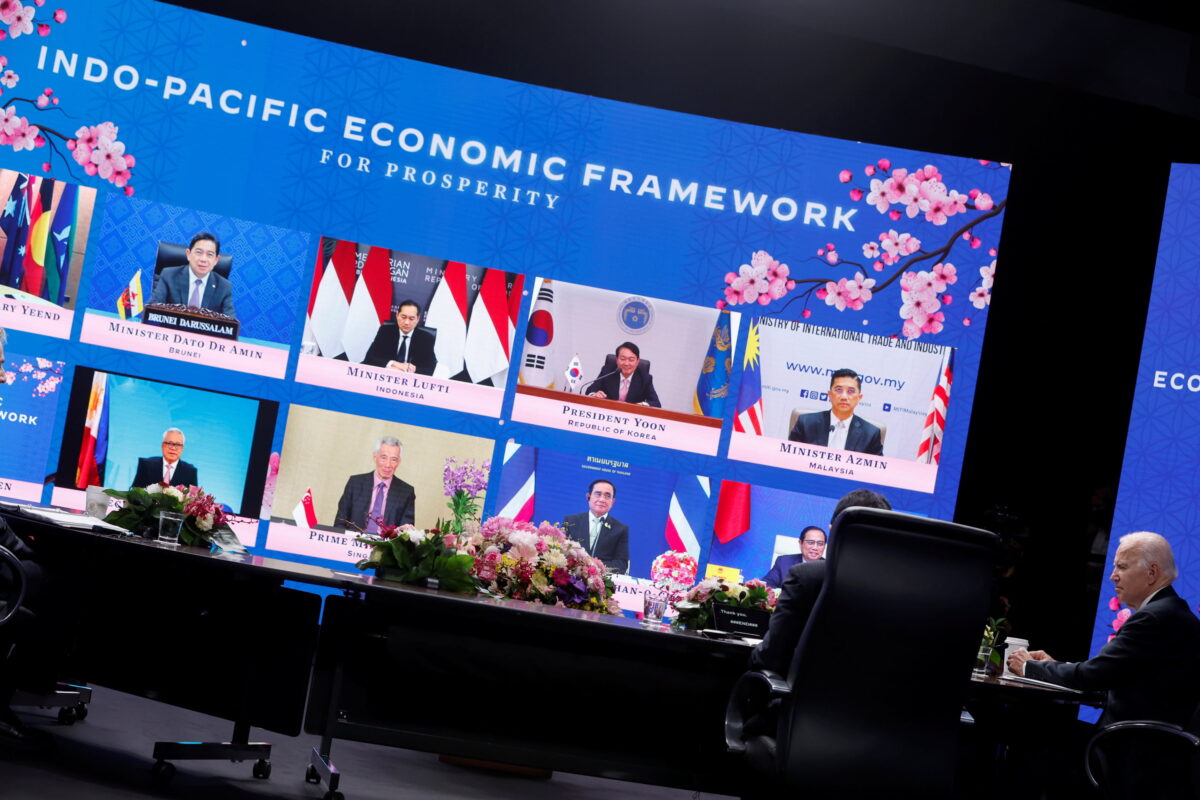 WASHINGTON—The United States will host a virtual meeting on Tuesday of officials representing the 14 countries that have joined the Indo-Pacific Economic Framework (IPEF), as Washington seeks to expand its engagement with Asia.

The ministerial meeting will be hosted by U.S. Trade Representative Katherine Tai and Commerce Secretary Gina Raimondo, their offices announced in a statement on Sunday.

President Joe Biden, who launched the IPEF in May on a trip to Tokyo, wants to use it as a way to raise environmental, labor, and other standards across Asia.